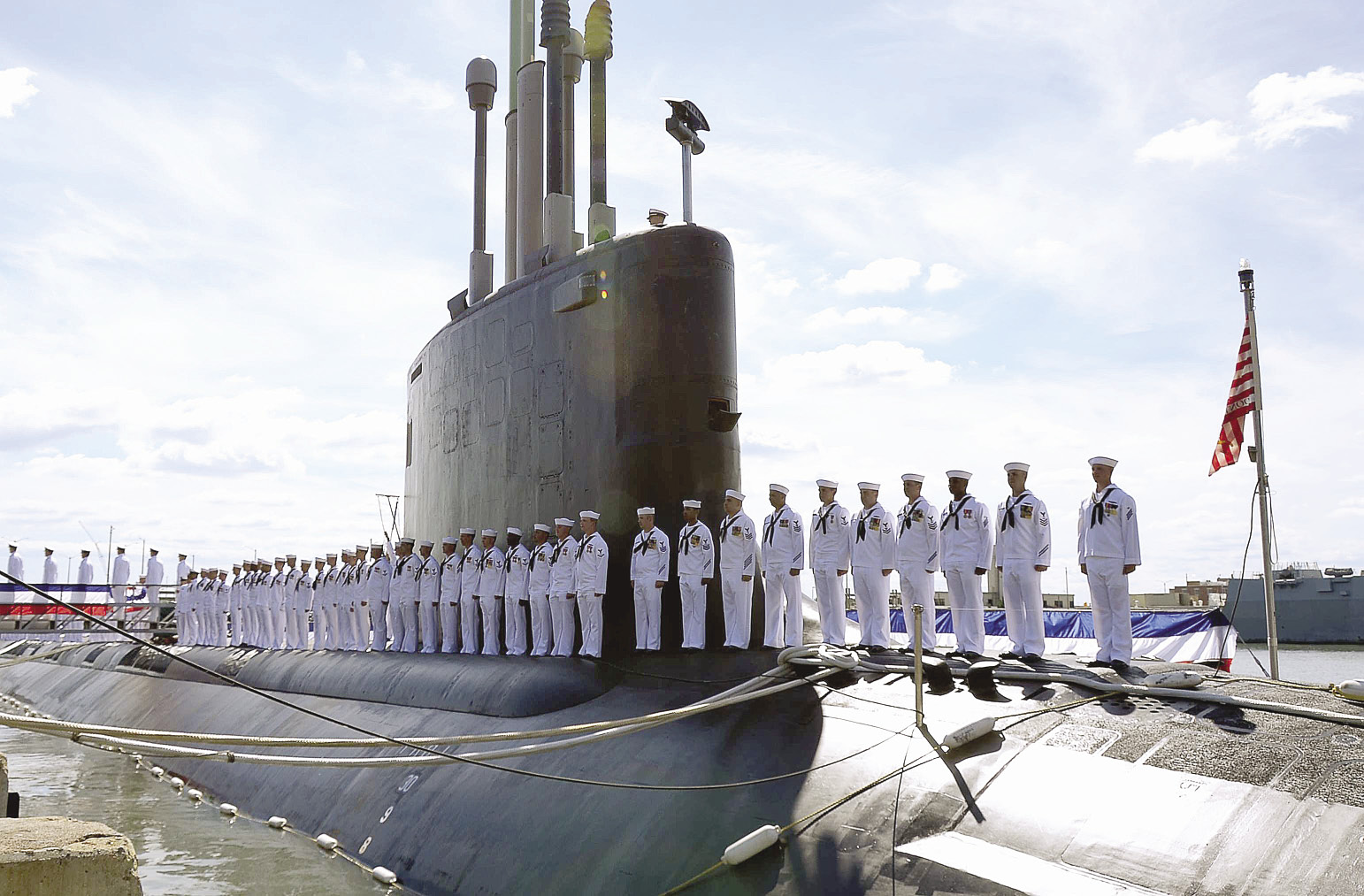 The crew of the USS Minnesota submarine mans the ship during her commissioning at Norfolk Naval Base on September 7, 2013. | WIKIMEDIA COMMONS

Every so often, someone brings up the question, “Were there ever any submarines in Lake Superior, or the Great Lakes?”

Over 100 years ago, the Ottawa Citizen newspaper had the headline, “Submarines May Be Built in Ontario” and went on to specifically identify the Western Dry Dock Company plant (later became Port Arthur Shipbuilding Company) in Port Arthur (now Thunder Bay). It said the Canadian plant “was the most up-to-date shipbuilding factory in Canada,” emphasizing it was “particularly equipped” to build big submarines and employ hundreds of men. The First World War was occurring and Great Britain needed more subs.

Apparently, it was almost a done-deal that the British subs would be built in the U.S. by Bethlehem Steel Company. However, U.S. President Woodrow Wilson declared it would violate American neutrality if subs were built by an American company for the British, or any nation at war. So, the Canadians proposed the British subs be built in the Western Dry Dock Company, which had already built ships like the Noronic and large freighters. The company was actually one of the plants of the American Shipbuilding Co., although mostly owned by Canadian investors.

The plan was for the subs to be built in sections and then shipped to other places to be put together. There’s no record that the subs were ever built in Port Arthur, although rumours crop up of war subs being secretly built somewhere on Lake Superior.

In 1919, the WWI German mine-laying submarine UC-97 reached Lake Superior. The sub had been allotted to the U.S. after having been surrendered to the British after the war. She was on the last part of her Victory Bond tour of the Great Lakes and was scheduled to visit Lake Superior ports, but after clearing the Sault Ste. Marie locks into Lake Superior, she had engine problems and turned back. She returned to Chicago to fulfil the terms of armistice, but the German sub was scuttled in Lake Michigan in June 1921, about 20-30 miles from shore, by shots from the USS Wilmette.

Move forward to World War II and there were 28 U.S. Navy submarines built from 1941–1944 at Manitowoc Shipbuilding Company in Manitowoc, Wisconsin, and launched in Lake Michigan. Manitou had never built a submarine before, but finished the first one 228 days early.

The first sub was the USS Peto, launched April 30, 1942, and in December, loaded on a floating drydock barge and transported on the Mississippi River to New Orleans. This was the first submarine to travel the midwestern waterways to reach the sea. Of the 28 subs built by Manitowoc, 25 served in the Pacific Patrol, sinking a total of 143 ships. The last sub built by Manitowoc was the USS Mero, which cruised the Great Lakes before being transported by the floating drydock barge to New Orleans and then on to Pearl Harbor.

As for Lake Superior, in July 1985, the research submarine Johnson Sea-Link II carried the first humans to the deep bottom of Lake Superior, the world’s largest freshwater lake. It was the first ever submarine expedition in the lake and was part of a month-long research project into fish life, water quality and lake-bottom geology, including probing the lake’s deepest part, more than 1,300 feet below surface. Funded $500,000 by the National Ocean and Atmospheric Administration (NOAA), the project was directed by Michigan State University and the University of Connecticut. The three-phase project covered Whitefish Bay, Keweenawan Peninsula and Isle Royale.

Several dozen scientists took turns going down with the sub’s crew in the four-person, 22-foot long, battery-powered submarine, and used searchlights to penetrate the inky darkness of the lake’s deep bottom at 1,319 feet. One scientist told reporters after the dive, “It was spectacular. No one has ever done this before.” They saw two species of fish—burbot and sculpin—and rocks covered with red jellyfish-like creatures called hydra.

Other known submarines in Lake Superior

There are submarines on display in museums around the world. In the U.S. and Canada, they include:

Early submarines in the world: 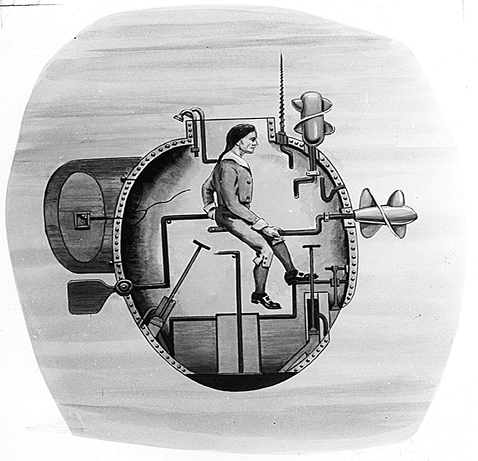 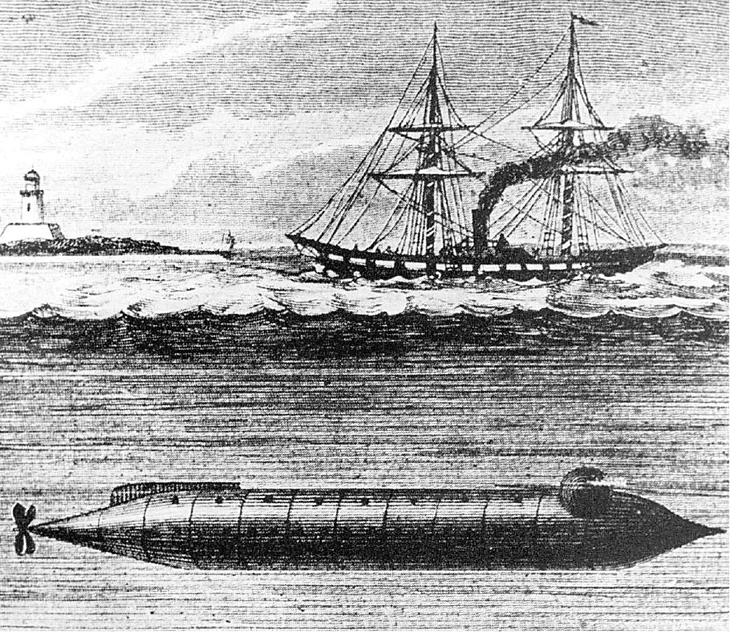 1620: First navigable sub was built by Dutchman Cornelius Jacobszoon Drebbel; it was wooden, covered in greased leather with a watertight hatch in the middle and oar-powered.

1775: Built in 1775, in service 1776, the first American military sub, the small hand-powered, egg-shaped one-person American Turtle, designed by David Bushnell. Its purpose was to break the British naval blockade in New York Harbor during the American Revolution.

Information from various sources, including naval histories and Wikipedia. 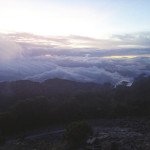 To the Summit of Volcan Baru 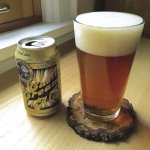