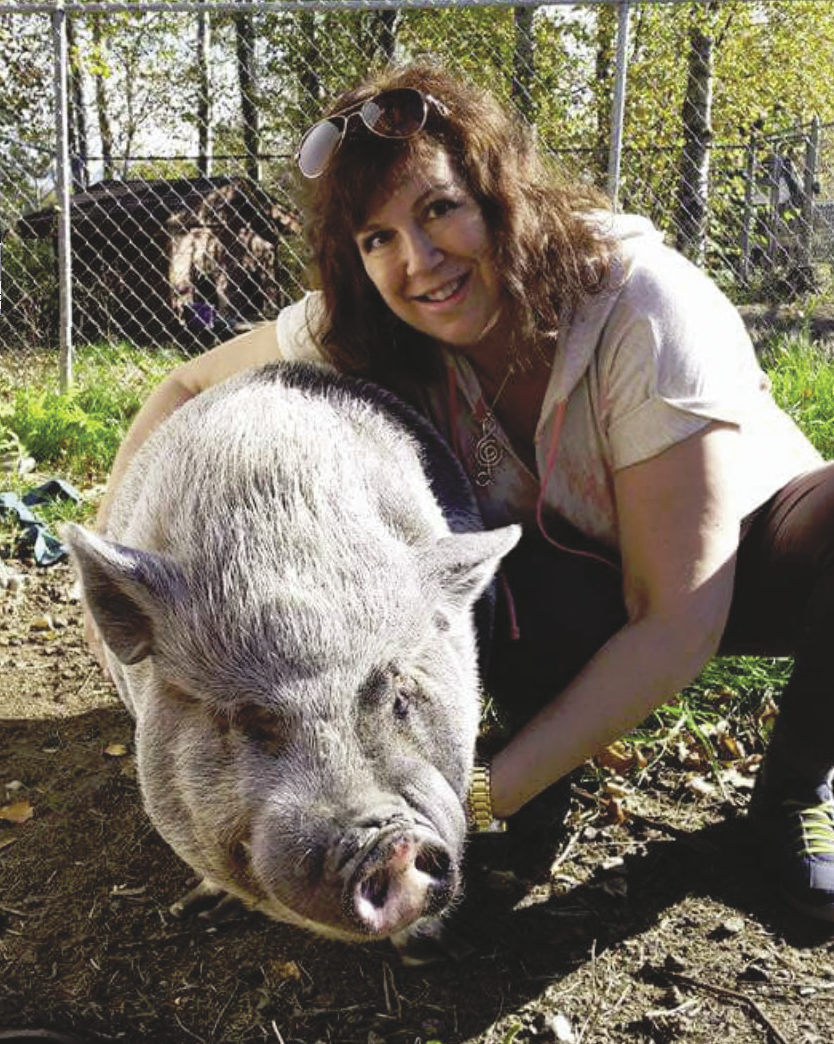 “He is 150 pounds or more bigger than we thought he would be,” said Misty Schliep as she glances down at the photo in front of her. “He is a Vietnamese pot belly pig, not the teacup kind that you would normally think of. He was only supposed to be about 45 pounds.”

What began as a practical joke between her daughter Gianna Schliep and an acquaintance is now a beloved family pet that is now almost nine years old.

“My daughter was trying to convince someone that she had a pet pot belly pig,” she explained. “She ended up saying, ‘Wait, why don’t I have a pet pig?’ She found a reputable seller online and came back with Patches.”

Despite squealing all the way home to Cook County from the Twin Cities, the family quickly bonded with the little piglet. His uncertainty about his new situation was calmed by Gianna spending that first night on the bathroom floor with him to gain his trust. Before long, he was so comfortable with the family that he created his own race track around the house, basically cornering on two feet as he gained speed.

“He would run a repetitive race track around the coffee table, over the couch, down the hallway. One time I was cleaning the bathroom downstairs and he screeched to a halt, looked at me, and then kept going,” she laughed. “He was FAST when he was little.”

Patches spent the next years rooting around the house and yard, proving the brute strength of that nose. During the years Gianna attended nursing school in Hibbing, Patches often hit the road as well, of course riding shotgun. He became a staple around the town, and some of the fast food restaurants would save scraps for him. In between getting his belly scratched, he’s been in functions and parades and participated in family holiday gatherings.

Though most of the surprises about pig ownership have been a fun learning curve, some of the stereotypes about pigs do ring true.

“I’ve never seen an animal that is so happy to eat,” said Schliep. “His normal food is sort of like rabbit food, but formulated for pigs. We give him treats sometimes too; he loves corn on the cob, potato peelings, apples, and peppermint sticks around Christmas time. He crunches them like they are nothing.”

Not only was the unorthodox pet fast on his feet with a voracious appetite, but his memory was sharp and he was sensitive to boot. He constantly impressed the family with his intelligence, and they began teaching him tricks, like how to “shake” and “high five.” Don’t count on him to always perform on command, however.

“He is very much like a toddler. He will let you know if he doesn’t like something. There is a lot more that we could train him to do, but he has to want to do it,” said Schliep.

After he consented to learning how to nod “yes” on command, they had a little fun with his talent and added a costume to the scene. With ZZ Top’s “Sharp Dressed Man” playing in the background, Patches donned a pair of sunglasses and bobbed his head through the song. (Yes, the event was caught on video.)

With all the quirks and unique times spent with Patches, Schliep is adamant about the positivity that he has brought to her family’s life.

“He was a good thing for my daughter. Their presence is very calming, and they are very loyal,” she said. “There’s a lot of joy in this animal over the years. These memories are really special to me.” 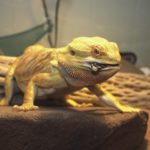 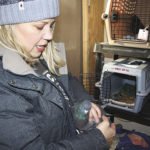