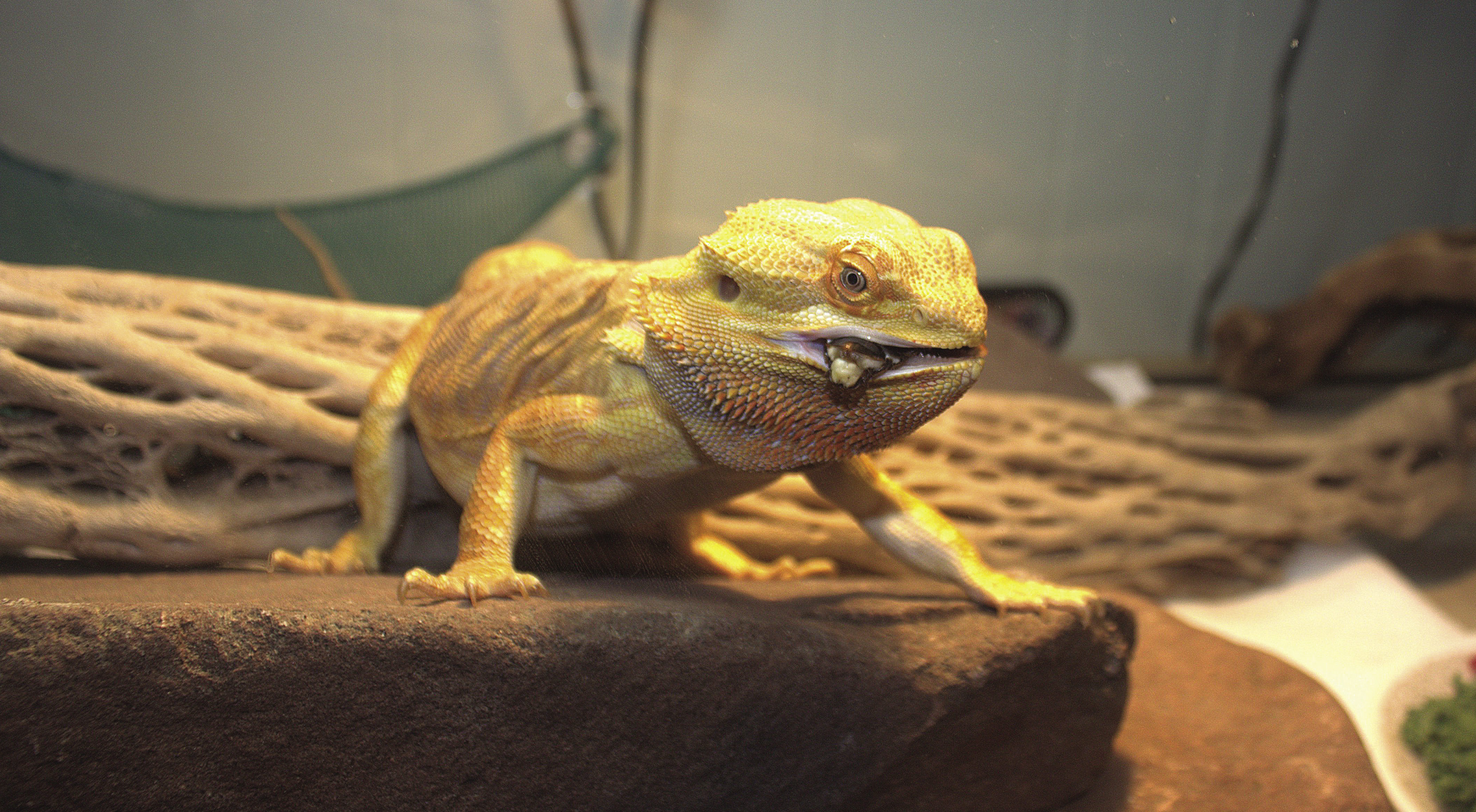 Given his geographic location in northeastern Minnesota, this presents a problem. Opting not to sulk through the winter months, Johnson took the matter into his own hands. So he bought a lizard. And then a snake. And then an enormous frog he named Zigi.

After compiling an impressive and diverse collection of reptiles, amphibians and all manner of aquatic life, Johnson has now dedicated an entire room in his home to warm-weather creatures.

“It’s so cold up here in the winter,” he said. “So it’s nice to have a room in your house with a little tropical climate feel to it.”

Born and raised in Grand Marais, Johnson now lives in Lutsen along with his fiancée, Lanna Sunde. Together the duo have accumulated more than a dozen unique species of animals they share their home with.

“Our deal was, after we settled into the new place we could each get an animal of our choosing. Mine being a cat and Drew’s choice was a Pacman frog,” Sunde said. “And then it kind of spiraled out of control after we went to our first reptile show.”

The easiest way to think of the warm room inside their house is to envision a small pet store where one might otherwise find a spare bedroom. The pet room includes an East African spiny-tailed lizard, a South American horned frog (also known as a Pacman frog), a ball python, a bearded dragon lizard, and a poisonous dart frog. And then there’s the sea coral, tiny shrimp, more amphibians and an assortment of fish. Not to mention a closet full of live larva, earthworms, fruit flies and beetles that serve as food for all the pets.

“Having all these unique pets is pretty much a 50/50 thing between myself and Drew,” Sunde said. “But I’m the practical one keeping Drew from buying a new pet every week.”

Johnson was 10 years old when he obtained his first aquarium-based pet. That was the aforementioned spiny-tailed lizard. Seventeen years later, Johnson and the lizard have become well acquainted. The relationship works like this: Johnson supplies the insects to eat and the pet gladly gobbles them down. Year after year has gone on this way, and it’s only gotten better, according to Johnson.

“The key is to establish and maintain a natural habitat for pets like this,” he said. “Some people don’t do that and they get let down or their pets aren’t healthy.”

Johnson tries to keep the pet room at a consistently-warm temperature, somewhere in the low to mid 70s. The separate aquariums or tanks are kept warmer than that, presenting a desert like feel for some of the pets, and a rainforest atmosphere for others.

A hobby along these lines is not as cheap as say, collecting rocks or even ice fishing. But after the initial start-up funds—including aquariums, various plants that otherwise have no business being in Minnesota and the cost of the pets themselves—the expenses reduce dramatically.

One aspect often overlooked when it comes to raising exotic pets, such as lizards, frogs or snakes, is preparation. Johnson said he spent four or five months researching the details involved with raising a Pacman frog.

“Some of the bigger pet stores don’t tell their customers about this research phase of being a good pet owner,” Johnson said. “And I feel that’s a mistake.”

As the pet room continues to expand in both numbers and size of the creatures that live there, Johnson has plans to relocate the venue to the basement in his house. There will be more space in the basement, and in the summer months there won’t be the risk of overheating the animals, a challenge that presented itself multiple times last year. Another ‘challenge’ of sorts was the simple fact that there were exotic reptiles and amphibians occupying a bedroom inside the house.

“Most of my friends and family have been pretty interested in our unique hobby,” Sunde said. “Once the snake came into play a few of my friends refused to visit the house, but I’m working on changing their minds.”

Eventually, Johnson might take his show on the road. He has considered bringing the pets to Birch Grove Elementary School in Tofte for day trips in a meet-and-greet style event between the students and pets. There’s also the possibility he will breed some of the pets, and sell the offspring at pet shows throughout the Midwest.

And while having a room full of reptiles, amphibians and fish might seem strange to some, for Johnson it creates a healthy environment to think, create and observe. He often spends time working on various projects on a laptop computer stationed upon a desk inside the pet room. On other occasions, he’ll just sit and watch or listen to the critters.

So with a collection of this nature, how does one choose a favorite? Like any good parent, Johnson said it’s impossible to choose just one.

“They’re all kind of my favorite,” he said. 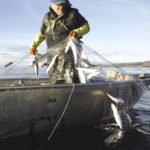 Superior Speaks to a Fisherman 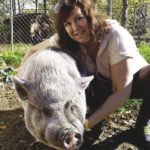