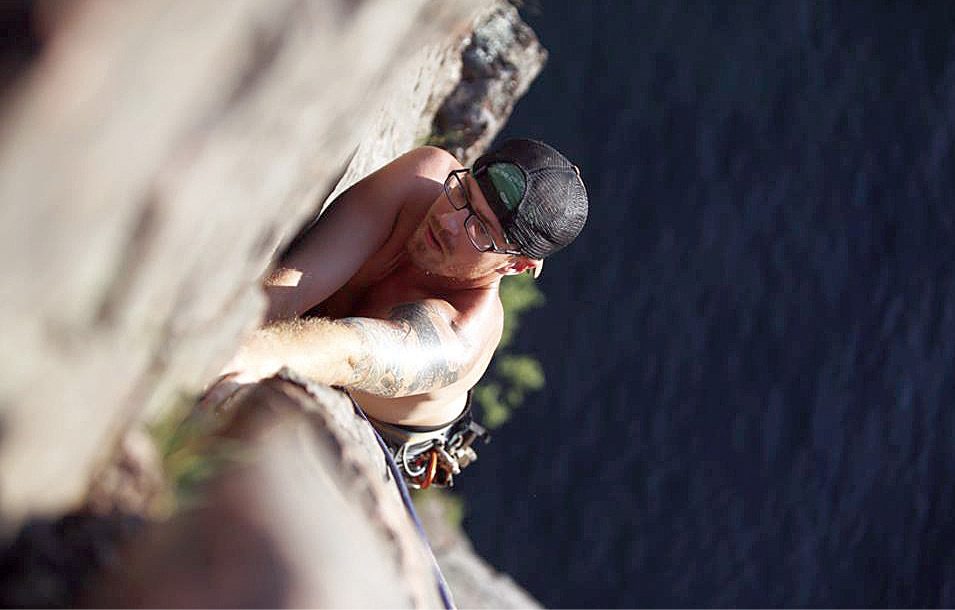 Taking a class or signing up for a guided trip is a great way to connect with the climbing community. | MATTHEW BAXLEY

I was mountain biking along the Duluth Traverse recently with a friend who is an avid rock climber. It was a blue-bird day, one of those days impossible not to appreciate, and during a break I asked him—where do people climb in Duluth?

We were right in the middle of the city—somewhere between Chester Bowl and Hartley Nature Center—and without missing a beat he turned around and pointed to a small cliff next to the trail that dropped off into a bed of ferns.

“We could climb right there if we wanted to,” he said, “climbing is everywhere around here.”

The North Shore may not have the notoriety of Yosemite, or the reputation of Red Rocks out in southern Nevada, but for those who know where and what to look for, there is lots of rock climbing to be had in our neck of the woods.

The basalt cliffs that fortify the North Shore of Lake Superior between Duluth and Thunder Bay provide some of the best climbing in the Midwest, while exposed rock faces and glacier-carved boulders inland offer unique opportunities for climbing in a wilderness setting with the boreal forest as a backdrop. And then, of course, in cities like Thunder Bay and Duluth there are crags to climb right in town, boulders to creatively navigate just off the local bike trail.

Rock climbing is one of the fastest growing sports in the U.S., with gear sales ‘climbing’ year after year and new climbing gyms opening across the country at an unprecedented rate. Competitive climbing even became an Olympic event in the most recent summer Olympics in Tokyo.

Along the North Shore, the climbing “boom” can be seen in the number of established outdoor organizations like Camp Menogyn and the Wolf Ridge Environmental Learning Center that have added climbing experiences to their summer programming, and the boom can be felt in how commonplace it has become to see people rappelling down cliffs at places like Palisade Head and Shovel Point in Tettegouche State Park.

The reality of climbing on the North Shore is that it is not a lack of options that keeps people from experiencing the sport, but rather all of the necessary gear and ‘know-how’ that it takes to climb safely, responsibly, and with enough confidence to have a good time. Compared to other forms of outdoor adventure, rock climbing is particularly gear and knowledge heavy, and just knowing where to start can be a daunting task for first time climbers.

“The culture of rock climbing is rooted in community; it’s teacher-mentorship based,” says Matthew Baxley, a longtime wilderness guide based out of Cook County. “To get into it, you connect with people, ask to go with, and learn along the way. I think it is a beautiful thing about the sport, this culture of relationships.”

Taking a class or signing up for a guided trip is a great way to connect with the climbing community, and there are a number of ways to do that along the North Shore.

Vertical Endeavors—a Twin Cities based climbing company—has a Canal Park location in Duluth and Boulder Bear Climbing Centre brought 6,000 square feet of indoor climbing terrain to Thunder Bay, when it opened its doors in 2016. In addition to their modern indoor climbing facilities, Vertical Endeavors and Boulder Bear also offer a wide variety of events, classes and programs—both indoor and outdoor—for climbers of all skill levels.

If gear and knowledge aren’t the issue and you just don’t know where to go, Palisade Head (Silver Bay), Shovel Point (Silver Bay) and Carleton Peak (Tofte) are good places to start. Sawmill Dome along the Superior Hiking Trail is another great place to check out, with some of the best bouldering in Minnesota.

Don’t forget though, climbing is everywhere.

“From a climbing perspective,” says Baxley, “Carleton and Shovel Point are hard to beat, but there are so many great options. One of my favorite places that I guided was in the Boundary Waters—the Palisades on Seagull Lake.”

“[Seagull] is a great place to top-rope, do some lead climbing, and even deep water solo for something a little more intense,” continues Baxley. “I definitely never did that with guided groups, but I did it every now and then for fun. Everything up here for climbing is super scenic, I mean, it’s the Northwoods, but Seagull is one of my favorite places on earth.” 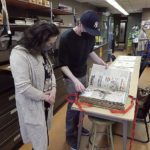 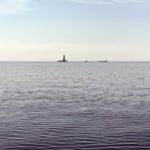