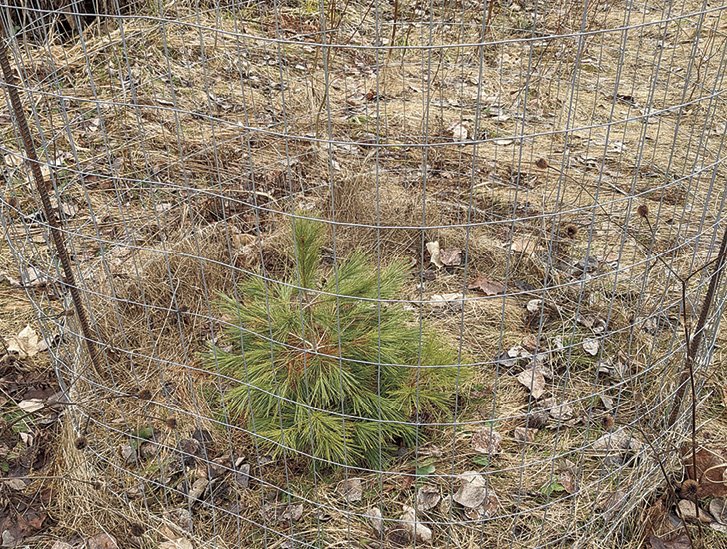 The best way to prevent deer browse is through fencing, which is vital in the winter but helpful all year long. Author Rae Poynter used fencing from the NSFC grant program to protect this white pine. | RAE POYNTER

They say the best time to plant a tree was 20 years ago. And the next best time? Now. But as anyone who loves the Northern Wilds knows, the North Shore is a unique place: with a harsh climate and challenging soils, not all trees will thrive in this area. On top of that, many of the forests along Lake Superior are in a fragile position, and changes in the future climate will only exacerbate some of the issues present today. So, how can landowners help the future of forestry on the North Shore?

John Paulson is the coordinator for the North Shore Forest Collaborative (NSFC), an association formed in 2011 to promote a healthy forest ecosystem along the North Shore. Among the NSFC’s many participants are governments agencies, private landowners, and nonprofit organizations, all united with the goal of restoring and preserving Lake Superior’s forest.

The North Shore is part of the boreal forest, the coniferous forest which forms the largest biome on Earth. Originally, the North Shore was dominated by a healthy coniferous forest, but according to Paulson, the forests have been in decline for over 100 years. In the late 1800s loggers arrived to the area, and took with them most of the old-growth pine and cedar. The late 1800s and early 1900s also saw wildfires that damaged the forests along the shore. In the areas along Lake Superior that had been cleared by loggers or fires, the forest regrew, but it was not the same conifers returning; instead, paper birch began to take over.

“Birch are opportunists, but the North Shore is not suited to their longevity,” Paulson said. “On the North Shore you’ll see emaciated birch trees collapsing on themselves, and where the birch has taken over there is grassy understory with very little biomass of long-lived species.”

Also prevalent along the North Shore is balsam fir, which is currently experiencing a periodic outbreak of spruce budworm. Significant balsam die-off will create a wildfire risk.

“We need to replace those trees with younger, healthier, diverse species which will help prevent infestations and wildfire risk,” Paulson said.

Specifically, what is most needed for the health of the North Shore ecosystem is a return of long-lived species including white pine, white cedar, white spruce and yellow birch. These tree species are critical to the North Shore’s wildlife and are also expected to have a good chance of growth in a warmer, wetter climate, which is projected for the area long-term.

The area within the NSFC’s focus—a strip of land the length of the North Shore, from Lake Superior to 3.5 miles inland—consists of 270,000 acres with over 6,000 private parcels within that strip. The sheer number of landowners involved creates a challenge when it comes to communicating the importance of planting certain tree species along the whole North Shore. But Paulson said that a love of Lake Superior and the desire to protect wildlife is a common ground that can unite landowners to take action on their land for the good of the whole ecosystem.

That being said, encouraging people to plant trees is just the first step. Landowners need to fence seedlings to protect them from their biggest threat: whitetail deer. The cutting and burning of the old growth boreal forest brought increased numbers of whitetail deer to the area, and their increased presence on the North Shore has been a factor preventing the rejuvenation of the coniferous forest.

“The tree seedlings we need are often targeted by deer in the winter,” Paulson said. “We have a unique circumstance on the North Shore where deer congregate near Lake Superior in the winter because it’s milder, but their high concentrations mean that they eat more of the seedlings.”

The best way to prevent deer browse is through fencing, which is vital in the winter but helpful all year long. Trees need to be fenced for about seven years, or until they get above browse height. Fencing is available at most local hardware stores along the North Shore, and the NSFC also has a fencing program which provides free fencing to landowners within 3.5 miles of Lake Superior who are planting seedlings like white pine and white cedar. The program is funded through a grant from the Weaks Family Foundation, and has been estimated to have protected over 10,000 trees withing a six-year period.

“We think of those trees as ‘seed islands.’ As those trees grow to maturity and produce cones, they can start populating the surrounding areas,” Paulson said.

There are a few ways to get involved in preserving the North Shore’s forests. Those interested can visit the NSFC’s website, northshoreforest.org, to get informed and to get connected. People can also get involved with organizations like Sugarloaf: The North Shore Stewardship Association, or the Northwoods Volunteer Connection.

How To Plant a Tree:

Start by investigating the area where you want to plant your tree. What kind of soil is it? Is it in direct sunlight or shaded? How wet is the soil?

Pick a species that will grow well in the area you have. (Be sure to know your zone hardiness, too!) Species that are long-lived on the North Shore include white pine, white spruce, white cedar, and yellow birch. You can also consider what kinds of trees will thrive in the area in the future: forestadaptation.org allows you to select your area and find a list of tree species with predictions for how well they will survive in a changing climate.

Pick the right time to plant. Plant when the tree is dormant: this will be in the spring before the tree buds, or in the fall after the leaves drop.

Dig your hole. Prepare a hole that is 3 times wider than the root ball, and just deep enough so roots are covered but the trunk flare (at the base where the trunk widens) is partially visible. If you are planting a grafted tree (such a fruit tree) the graft union needs to be about 2-4 inches above ground. Don’t plant your tree too deep.

Make sure the tree is straight and refill the hole. Pat down the soil during the refilling process to eliminate air pockets.

Water your tree. New trees need watering until they become established. In the first two weeks, water daily (barring sufficient rainfall). For the next 3-12 weeks, water every 2-3 days. After 12 weeks and until established (which can take a year or two) water once a week. Water directly over the root ball, and slowly rather than all at once. The goal is for the roots and backfill to remain damp without drowning the tree.

Add mulch and fencing. Adding organic mulch around your tree will help it absorb water. Mulch layer should be about 3 inches deep. Fencing should be at least 6 feet high to prevent deer browse. 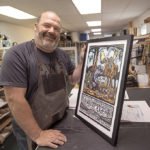 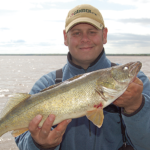