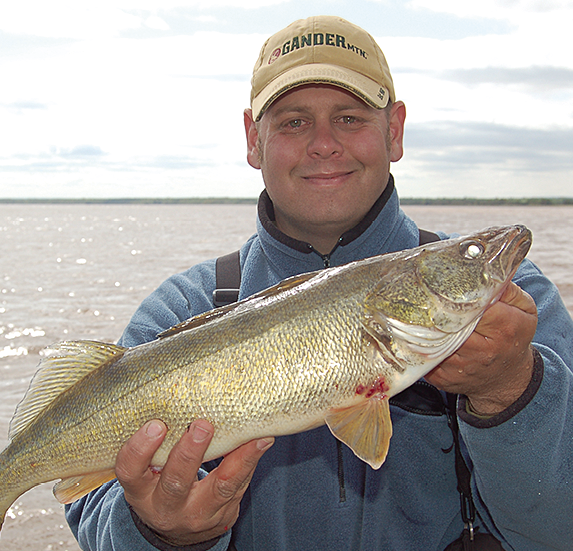 Ryan shows off a nice walleye from a different lake, not Lake Wouldntyouliketoknow. | SUBMITTED

Ryan Bybee had won the lottery. He had discovered a pretty little gem of a lake tucked back in the woods, and he had it all to himself. In fact, going there actually felt kind of wrong. The south shore of the lake was the southern edge of the Boundary Waters. But you didn’t have to paddle or portage to get there; you could drive right to it! I know because I begged and pleaded and threw so many tantrums that he finally relented and brought me to his secret lake.

Now this was back before Google Earth made everything easy to get to. Nowadays, it sort of takes the fun out of exploring when you can just look at a little blue ball on your phone and know exactly where you are. No, this was legit backwoods exploration.

Forgive me if I don’t remember things precisely. Things in my brain are a little fuzzy. Some would say that “fuzz” is actually dust from lack of use. But as I recall, you turned where a logging road meets the main road at a sharp angle. You knew you were on the right road when you saw the pink ribbon hanging from a tree. Then you drove down the old logging road, weaving over a fallen log here or driving over a rock there. You swerved left and hooked back right, but you were more or less heading north the whole time. By the time you were halfway there, the road had narrowed and the long fingers of roadside branches scraped along the side of your truck like fingernails on a chalkboard. And you definitely wanted to keep the windows closed, or one of those branches would spring into the truck and slap you across the face, just like the time back in high school when I asked Susie Thomas—well, never mind.

Eventually, you popped out of the woods to the shoreline of Lake Wouldntyouliketoknow. But that’s where it got real interesting. There was no place to turn around at the end of the road. It just dead-ended at the lake. You had to make a hard left, then back up—into the lake, mind you—and go forward again. You had to repeat the process at least three or four times before you could spin your truck all the way around and drive out of there, but you had to be quick about it because all the while your tailpipe was underwater chugging and gasping for air.

Ryan loved that darn lake. He’d unload his canoe from the roof rack (which had to really be tied down securely, lest the low-hanging branches strip it right off the truck) and paddle out to this hole that he had found through trial and error. (No lake maps on your phone back then, either). He’d drop anchor in that hole, soaking a nightcrawler on a jig. And then he’d just sit and wait. And wait. And wait.

The guy has the patience of a Vikings fan awaiting a Super Bowl victory. He’ll hunker down in one spot, knowing that sooner or later, the fish will gravitate to him. It drives me absolutely bonkers. If I don’t have action in the first five minutes, I move. Huh, maybe that’s why Ryan never invited me back.

Well anyway, Ryan would sit there and eventually he’d start catching fish. As I recall, it was a lot of smallmouth bass, with a smattering of small walleyes thrown in for good measure. He usually left that lake with a full stringer. I only left with a tailpipe full of lake water.

I can’t recall if I fished that lake just once or maybe twice. But that became Ryan’s go-to lake whenever he was fishing up the Shore.

One year, he and his wife Jen were camping for several days. After a few days of fishing, the weather turned and it poured rain. The idea of fishing in a downpour sounded miserable, so they decided to just take a drive. They ended up at the ranger station in Tofte and Ryan went inside to kill some time and ask a couple questions.

“Say, I was wondering, if you’re in the Boundary Waters, do you need to have a permit?” he asked.

“Yes,” the ranger replied. “You have to get a permit in advance if you’re spending the night. But if you’re just doing a day trip, you can fill out a self-registration form.”

“Oh,” Ryan said. “Where do you get a self-registration form?”

“There should be one at the entry point to every lake,” the ranger responded.

As Ryan related this tale to me over the phone, I slapped my hand against my forehead so hard that it left a permanent scar.

“You didn’t!” I screamed at him over the phone.

“I did,” he whimpered sheepishly.

Ryan explained to the ranger that there was no self-registration kiosk at the entrance to Lake Fullstringer. But as those words escaped his mouth, he immediately realized his mistake.

The ranger was very intrigued by this information.

“Now, what lake did you say this was?” he asked.

If they ever invent a time machine, I know just what Ryan will do. He’ll go back to that day at the Tofte ranger station and before he can drop the name of that lake, he’ll dash out the door and race off, tires squealing in the parking lot. But Ryan—dear, dear Ryan—violated the fisherman’s code and spilled his guts.

And guess what? There is now a self-registration kiosk at the south shore of Lake Whatevertheheckitwas. And coincidentally, there is also a giant boulder in the logging road blocking you from ever driving to that lake again.

You know what? We haven’t fished that lake since. 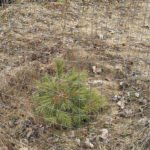 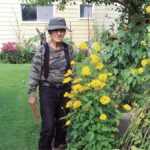