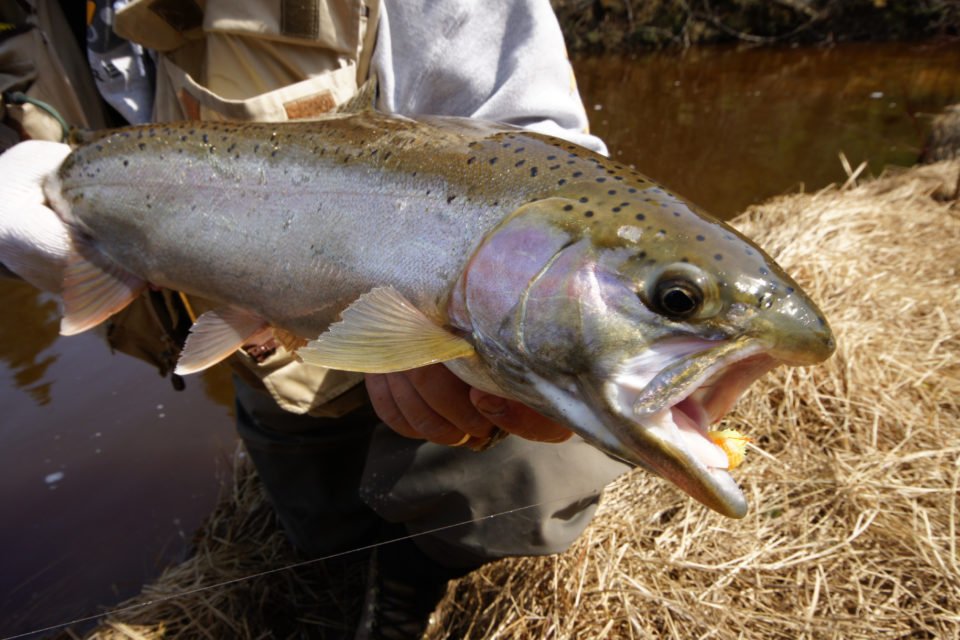 Conservation organizations play an important role in lobbying for—and helping to preserve—the natural resources outdoors people enjoy. Some groups, like Ducks Unlimited or the Izaak Walton League, are national and work on a big canvas. Then there are groups that work on a smaller scale, but do big things. A group that fits this description is the Thunder-Bay-based North Shore Steelhead Association.

Formed on January 13, 1973, by a group of avid steelhead anglers, the NSSA is a non-profit organization concerned with the conservation and preservation of fisheries in the tributaries of Lake Superior.

The founding members of the NSSA knew instinctively that the protection and enhancement of the North Shore steelhead fishery (a migratory form of rainbow trout) would require they be focused primarily on stream and river habitat. The foresight of that early group led to the inclusion of coldwater species into the constitution. This move meant all salmonids (and other species) that used Lake Superior tributaries in their life cycle would benefit from the work of the club.

Although the NSSA has had a wide variety of projects on streams all down the Ontario coast of Lake Superior, urban fisheries have been a primary concern. The incredible impact of the clubs work to the McIntyre and Neebing Rivers, McVicar Creek, the Current River and the Kaministiquia, will always be a large part of the club’s legacy.

Initially, the NSSA took on smaller projects such as funding the placing of large boulders in McVicar Creek, located on the north side of Thunder Bay. McVicar Creek had been channelized in the late 70s due to flooding, but that destroyed a lot of the pool and riffle water young trout thrived in. Restoring that pool habitat, and then blasting deep pockets in some of the shale areas, started the rebirth of the creek that continues to this day.

There were other projects through the 1980s, including the creation of a box on the headwaters of the McIntyre River that hatched out fry. That project was not deemed a success, and soon the focus was squarely on improving habitat and access to spawning grounds. The club helped to plan and fund improvements to the McIntyre River fishway, which allowed more adult steelhead to access the upper part of that great river. The McIntrye River has benefited from several habitat projects spearhead by the NSSA, including the addition of boulders for holding water, rip rap to slow erosion, and the addition of shrubs and trees. It has all made a difference.

Perhaps the largest project the NSSA ever tackled was the creation of a fishway on the Current River dam at Boulevard Lake to open many miles of river to steelhead. The fishway was a huge and complicated undertaking. This columnist has a little insight into the project as I was President of the club for part of the build, and on the board for the rest. It took a ton of meetings, a lot of fundraising, and much help from government to get the fishway built. But the project was not just about building the fishway. Adult spawning steelhead were trapped by club members (with help from the Ontario Ministry of Natural Resources) in the McIntrye River and then transported to the headwaters of the Current to “seed” the river. There was also work done to blast pockets in the shale section below Boulevard Lake Dam. This was to help fish navigate the steep drop from the fishway to Lake Superior. All in all, it was a huge project that took a lot of time and money. While the steelhead run on the Current has never been as large as the club had hoped, it did create an improved fishery and steelhead are now reaching the upper Current.

The other huge role for the NSSA is as a voice for coldwater fisheries and management at the table of government. Very few major fisheries initiatives in the coastal areas of the Northwest have not had input from the NSSA. The club sits on several fisheries management zone committees, and has played a large role in helping to set the conservation-minded size and bag limits now in place for brook trout and steelhead. The one steelhead over 27 inches limit on the McIntyre and Neebing River was strongly supported by the NSSA and has helped to create an amazing urban fishery by drastically limiting harvest. The fish have responded and the numbers have boomed. The McIntyre and Neebing River are highly accessible and popular fisheries. This is where the future anglers are born.

There have been many other projects, and a lot of good work done or sponsored by the NSSA. Ongoing tagging and recapture work is being done on several streams and this is increasing knowledge about the fishery. The NSSA also sponsors the hugely popular fly fishing film festival every spring.

As a non-profit, the financial base of the NSSA is collected from fundraising and donations from supporters. The club’s annual dinner and auction is attended by several hundred outdoors enthusiasts, and the proceeds go directly into area conservation projects. It’s an event that is both first class, and a chance to mix with anglers young and old while supporting the fish. To date, NSSA has invested over half a million in projects which enhance fisheries and recreational opportunities for all.

The future of our coldwater fisheries is in good hands. 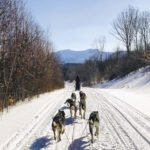 Two Races and a Road Trip 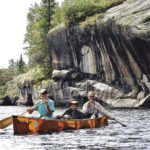