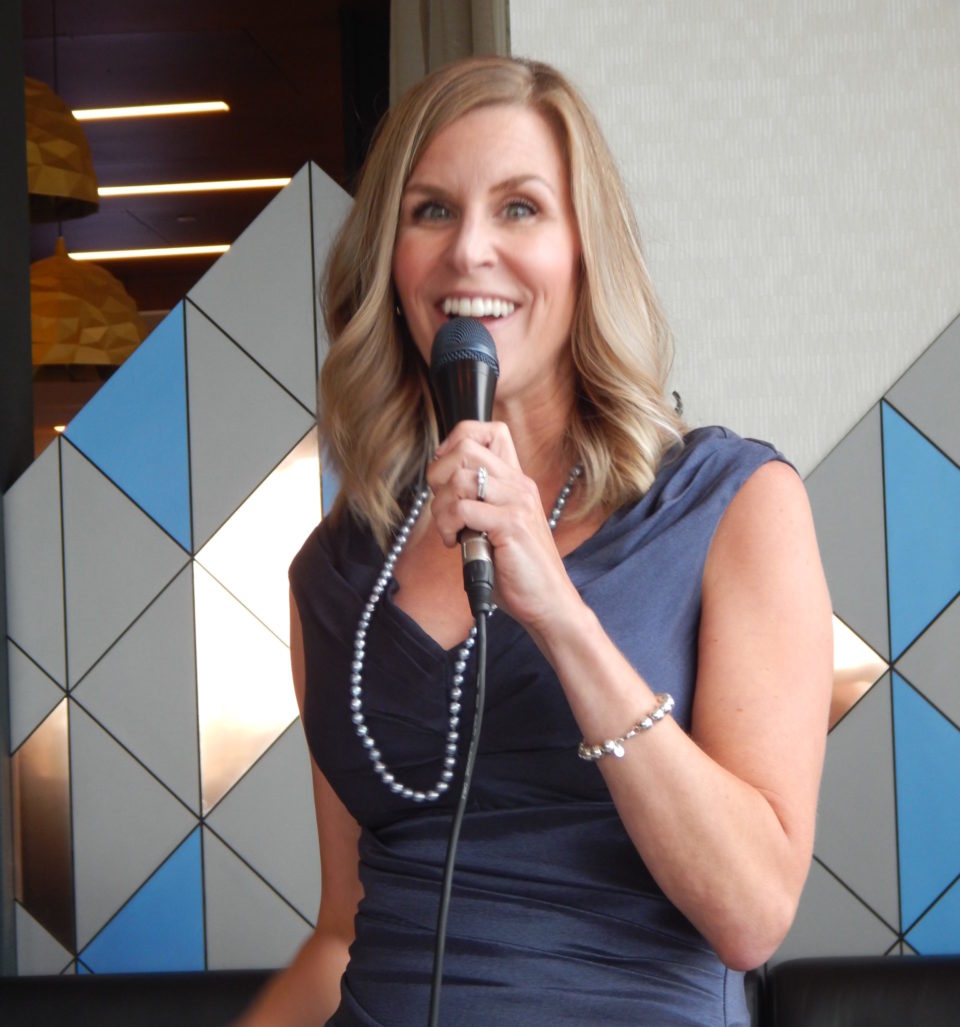 Anna Torontow is the vocalist for Mood Indigo. | PETER FERGUS-MOORE

It’s a busy time at Thunder Bay’s Anchor and Ore restaurant in the waterfront Delta Hotel come Friday evening dinner hour. Wait staff and bar staff are rushing to take and fill orders, while nearby concierge staff register incoming guests. Busy is a happy sound for a hotel, but around 6 p.m., it is about to get a lot happier, with the stylings of jazz combo Mood Indigo.

The trio set up in a small alcove in plain sight of the guests. Glenn Jennings, on keyboards and bass pedal, hits a chord, then launches into an upbeat jazz standard, while tenor saxophonist Mark Thibert gently riffs a soulful melody line. Anna Torontow, moving with the beat, belts out some opening vocalese before bringing her powerful voice seamlessly into the trio’s blend of cool jazz music for a hot summer evening.

“It’s a great atmosphere!” enthuses Jennings between numbers. “The Delta is pretty happy with us. Our music is suited to the crowd here.”

Torontow brings it down after some high energy tunes, with My Funny Valentine, so that the well-known standard rises above yet settles comfortably with the dining room ambience. That juxtaposition of blending with, yet standing out from, is just what Mood Indigo members are trying to achieve. How the combo achieves that is a matter of paying attention—to their own feelings and the audience in front of them.

“We connect with the audience,” says Torontow, “We’re not just singing flatly words from a page or notes from a chart. We’re really putting ourselves into it and emoting it.”

“Our music has always been very personal between the three of us,” Thibert agrees. “It’s always been an emotional experience where we have bonded with our audience. We’ve come into various audiences where it’s different mixtures of people and we’ll change up our set list so that our music facilitates the moods and the emotion of the audience that we’re playing to.”

“We are very respectful of one another—we listen; be creative with one another,” Jennings chimes in. “When I play a song, I might change up the tempo, or add colouration to the melody. Every time we play a song, we play it differently.”

“Jazz is very improvisational,” Torontow agrees. “I hardly ever see Glenn or Mark play with a chart in front of them. They play solos in every song and I think you have to be really attuned to the people you play with, communicate with non-verbally in the middle of a song. They’ve made it so easy!”

Members of Mood Indigo are emphatic that they are playing as much as friends as musical colleagues. The present form of the combo, formed originally by Thibert in the 1990s, has been around since 2019, when Torontow joined as vocalist. Prior to that, each one came from another part of the province, bringing their own experience and passions into the mix.

Parry Sound-born Jennings came to the Lakehead in 1978 as an elementary school teacher of instrumental music, while Torontow moved north in 2010. Windsor-born Thibert came as a plastic surgeon, a discipline he still practices, and which, despite his time management skills, occasionally impacts Mood Indigo.

“He’s had to leave for an emergency if he’s on call in the middle of a gig,” says Torontow. “But it’s hardly ever, thankfully.”

Each, especially Torontow, reflects that the Lakehead presents a unique opportunity for making music. “I think we’re very lucky to have found each other as a band,” she says. “We have a lot of drive to make ourselves better and it works really well. And also, there aren’t too many people saturating the market with jazz here. There are a few other bands, but we each do our own thing in a unique way.”

Mood Indigo members have had a busy summer, having applied for as many festivals and gigs as they could possibly play, only to be accepted for all of them. The band has played Live on the Waterfront, the Waverly Park Monday night concert series, and Chippewa Park, to name but three, in a single month alone. The Delta Friday evenings will also continue though October.

As the applause dies down, Jennings brings the energy back up with the brisk-tempo Ellington number, Take the A Train, a somewhat gutsy move as the tune is normally associated with a full jazz orchestra. Heads bob and toes tap in time to the tune as Mood Indigo is on the job, doing work they love. 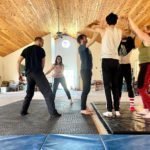 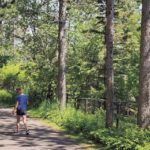