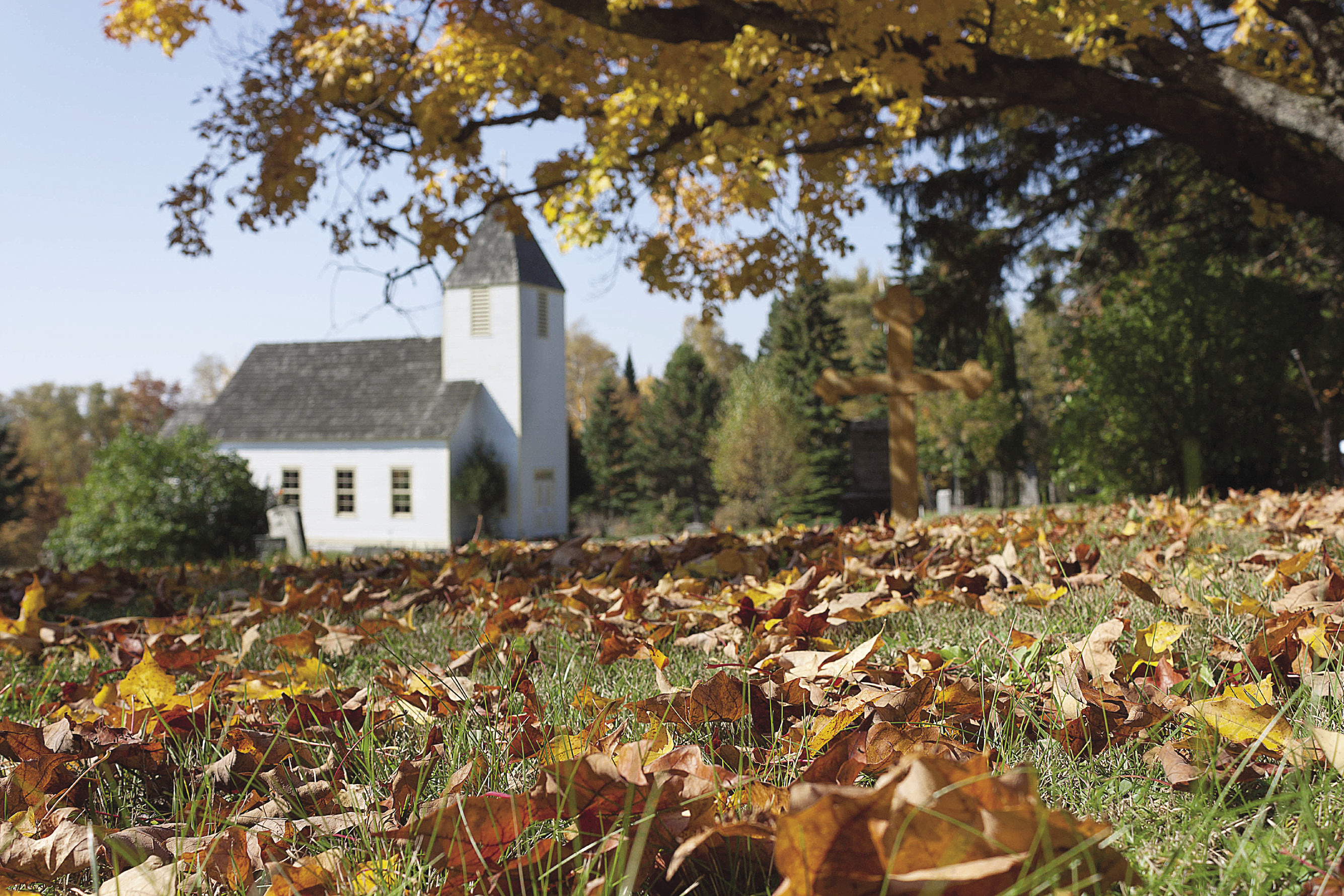 Fall is perhaps the best time to pay a visit to Maple Hill. | Michael Leland

For many visitors to Cook County, MN, the “Four Corners” intersection of Devil Track Road and the Gunflint Trail is of mild significance. It’s simply the turning point for a golf course or perhaps a vacation rental on the shores of Devil Track Lake. Others pay no attention at all, focused on reaching the Boundary Waters Canoe Area Wilderness. But for longtime local resident Charlene Anderson, the Four Corners represent a junction of important history.

“My grandfather would come and pick us up there on Christmas and Thanksgiving in a sleigh pulled by horses,” Anderson said. “He would have hot bricks and blankets in the sleigh to keep us warm until we got back to their home to celebrate and have dinner.”

If one were to ever consider the notion of Grand Marais supporting a suburb throughout its history, such a location would most likely be the Maple Hill Township. Located on what is now the paved Gunflint Trail (County Road 12), the Maple Hill Township was founded on a plot of extensive sugar maple woods. The land is situated on the hills above Grand Marais, about five to ten miles back from Lake Superior. And though the area is now mostly recognized for its historic church and cemetery, it once harbored a collection of families seeking their fortunes or a place to live off the land.

The early white settlers arrived at Maple Hill to set up homesteads in the late 1800s. Family names of prominence who settled there include Eliason, Rindahl, Anderson, Hedstrom and Mayhew. Many of the first settlers to the region did not enter a life of luxury. Life was centered on strenuous labor. Building homes and other structures was often the first challenge. After that, finding water proved a challenge for those not situated close to lakes, the Devil Track River or other streams. Furthermore, those who arrived often had ambitions to work the land and raise crops. These optimistic plans were often greeted with rocky soils that proved a challenge for even oxen to plow. Wolves were a problem on the hill too, killing livestock and presenting harm to people. In 1907, the bounty on a wolf was $15 on Maple Hill.

In his book about the early days of Cook County, titled Pioneers in the Wilderness, Willis H. Raff writes that at least three Native American families lived on Maple Hill in the 1890s as well. Among them was a man named David Caribou. The white settlers benefited tremendously from the early work of Caribou and other natives, primarily due to the trails and paths they established to Grand Marais.

Maple Hill was divided geographically in two sections, recognized as East Maple Hill and West Maple Hill. After roughly 25 or more families settled in the area, amenities became essential. Near the top of the list was a learning center for the local children; thus a school was built in the mid-1890s. According to Raff, the initial expenditures allotted to build the school and get it up and running was $161.48. Used textbooks and desks were provided to Maple Hill children from the larger school in Grand Marais. Prior to opening on the Hill, the local school board selected 16-year-old Alma Berglund as the school’s first teacher. In time, there were actually two schools, one in East Maple Hill and the other in West Maple Hill.

A cemetery was built in 1897. The first person on record to be buried was Albert Varner Anderson, a month-old child who died of sickness.

Following the cemetery and school, a town hall was built in 1901. The wooden structure was used for board meetings, elections, Fourth of July picnics, dances and other types of social gatherings.

Among the most notable buildings in the history of Maple Hill was the town church. There was a divide amongst cultures and faiths as to how the church would operate and who would attend. According to a story from the Duluth Herald published in the summer of 1902, the first ever services were conducted at the church on June 1, 1902, in Swedish. August J. Johnson is largely credited with building the church, though others played key roles as well.

Grand Marais resident Laurie Spry, the daughter of Charlene Anderson, was married in the Maple Hill Church more than three-quarters of a century after it was built. Yet at the time of her marriage there was no electricity in the church. Kerosene lamps lit the building and a pump organ was played after the vows were exchanged, Spry said.

“It had the most beautiful acoustic sounds in that church,” she added.

During an act of arson, the Maple Hill Church was burned to the ground on Christmas Eve in 1986. However, it has since been rebuilt in the same footprint of the original structure. In fact, Charlene Anderson’s husband, Fred, rebuilt the church with donated materials from Hedstrom Lumber.

The history of Maple Hill remains alive in family members who are descendants of the first settlers to the area. The rebuilt church and the cemetery remain as the centerpieces for an area rich in the history of Cook County and the Gunflint Trail. 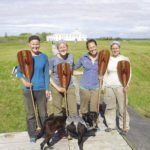 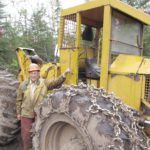