Ice insulates the aquatic life in the lake below from the harsh temperatures of deep winter. | JOE FRIEDRICHS

Ice. Frozen water. It forms, expands and melts. Nothing more, nothing less… right?

Well, that depends on whom you ask.

“Ice cover is an important component of northern freshwater ecosystems,” said Cliff Bentley, a DNR hydrologist for Lake and Cook counties. “It influences a variety of biological, chemical and physical processes necessary for the species that have adapted to live in these systems.”

Though simplistic by its very definition (ice: frozen water, a brittle, transparent crystalline solid), the role of ice throughout the Northern Wilds is vital in a variety of ecosystems, as well as an important tangible in the identity and culture of the people who live here.

In Northeast Minnesota, where brutally cold weather goes hand-in-hand with winter, ice is valuable to lakes, particularly those with greater depth, according to Dave Wright, a limnologist (lake biologist) with the DNR. In deep lakes, Wright noted, most of the water column remains unfrozen and available as habitat for aquatic organisms.  The formation of ice also reduces or eliminates three processes—wind-energy inputs, solar radiation/light input and contact with the atmosphere—that are key regulators of the behavior of lakes.

“Ice is good for deep lakes because it helps insulate them from the extreme cold of winter,” Wright said, “allowing liquid water and the organisms that live in it to exist only a few feet from subzero temperatures.”

In northern Minnesota, water is perhaps the most abundant and unique natural resource available. It is unique because it expands, becomes lighter and floats when it freezes into ice, according to Erika Herr, a DNR area hydrologist in Itasca County. If water shrank when it changed from a liquid to a solid, it would sink. If this sinking phenomenon occurred, ponds and lakes would freeze from the bottom up and become solid blocks of ice. This would make life impossible for most kinds of aquatic plants and animals and indirectly affect the entire ecosystem, Herr noted.

“The life cycles of many aquatic organisms are linked with ice cover and temperature,” she said.

Ice phenology, which is the seasonal, cyclic process of ice formation, is subject to change due to a variety of factors, including air temperature and wind. Scientific studies show that changes in freeze-up and break-up dates correspond to an increase in air temperature over the past 150 years, according to the National Snow and Ice Data Center located in Boulder, Colo. A study conducted in small inland lakes in the Great Lakes region shows a warming trend during the cold season from 1916-2007. Not only is ice duration decreasing, but ice thinning is occurring at a rate of 0.003 inches per decade, according to the NSIDC.

Changes in ice phenology can lead to warmer lake temperatures, increases in a lake’s heat storage and delayed ice formation, Bentley noted. The nutrient and chemical composition of lake water also changes with warmer winters, including changes in water color and concentrations of calcium and magnesium. The amount of ice on a lake can affect the lake heat budget, Herr said, meaning less ice would equal less cool-water habitat.

There is essentially no debate that ice-cover reductions would impact lake ecosystems. Ice cover usually reduces the amount of oxygen that reaches the bottom of lakes, killing off some species of large-bodied fish, according to the NSIDC. This helps maintain the balance between large fish and their prey species, Wright noted.

“There would clearly be impacts to Minnesota’s shallow lake resources if there was less ice or no ice,” he said.

In addition to the significant role ice plays in the ecosystem of a lake, it doubles as a valuable resource for humans as well. Ice fishing in the Boundary Waters and surrounding area are among the most popular outdoor activities during winter, along with cross country skiing, snowmobiling and dog sledding, all of which can take place on frozen bodies of water.

There are also many areas in northern Minnesota that rely on ice-based transportation during the winter, Herr said. Some of the state’s largest bodies of water, including Rainy Lake, even construct “ice roads” during winter to provide easier locomotion throughout the area.

The presence of ice also substantially reduces the rate at which water evaporates from a lake’s surface, according to Wright.

“Although one might anticipate that evaporation rates would be very low at cold winter temperatures, that is not the case,” he said. “For large lakes, like the Great Lakes, the amount of winter evaporation is a significant component of the lake’s annual water budget, and the water that evaporates can have major impacts on communities and ecosystems in the downwind snow belt.”

All species, from curlyleaf pondweed to the moose, are impacted by ice cover. For humans, ice can be something to cherish, despite the fact its presence means cold temperatures outside. For life in this region, ice is far more than frozen water. It is an essential link to survival.

“I suspect that a number of species are well adapted to surviving periods with prolonged ice cover,” Wright said, “and might not have the same competitive advantage in an environment where ice was less prevalent or absent.”

This story was originally published in the February 2015 issue of Northern Wilds magazine. 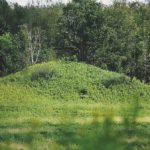 DNR Wildlife vacancies won’t be filled this year or next