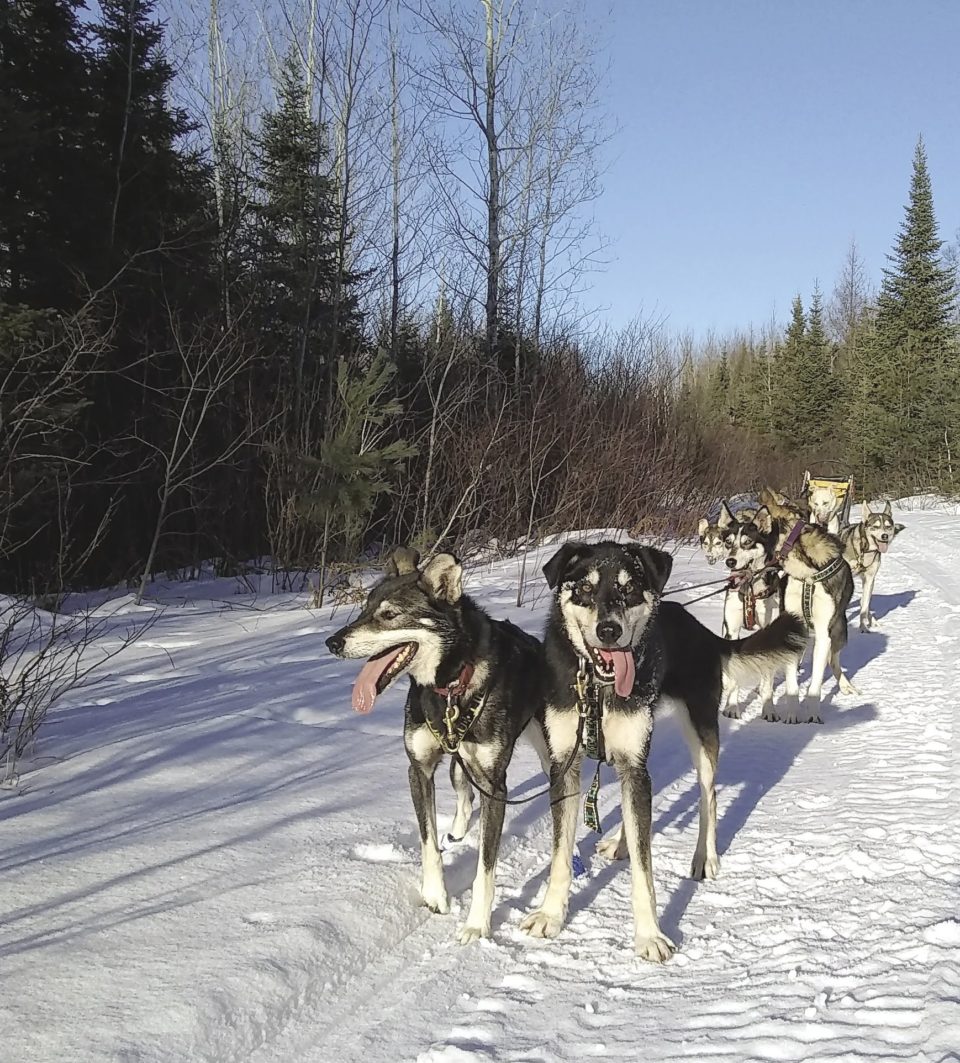 Fig auditions for a place in lead next to Nancy. So far, so good. | ERIN ALTEMUS

A leader can make or break a run. There are many things that can hinder a good run—weather, trail conditions, a dog in heat, a distracted or injured dog and sometimes just circumstances beyond anyone’s control, but with a good leader, many of these things are merely conquered challenges. When a leader falters however, loses confidence or flat out does the opposite of what the musher wants—it can make for a bad time.

Our very best leader, Beezus, who has led our past four Beargrease marathon teams and the two Beargrease mid-distance races we ran before that and just about every other race we have run in between, came up with an injury almost a month ago—a strained muscle that necessitated some time off. We knew the day would come when Beezus no longer charged up front—he is seven after all, and likely only a few years from retirement. But his sudden departure to the injured bench was not expected and he is not easy to replace. The last few weeks have been a lesson in how to get by without Beezus…and I’m telling you that this one incredible talented dog has clearly been the driving force in our team because I feel his absence every day.

What to do then when you need more leaders? Start putting new dogs in lead.

We have two solid female leaders—Gabby and Nancy, and they won’t run with each other. Nancy is a creature of routine. She doesn’t like dogs she doesn’t know. So before we can run her with anyone else, we have to introduce them. We do this by placing the dog next to Nancy in the kennel. Nancy is intact so only neutered males will suffice. Major Tom has been a willing candidate. They live next to each other now and Nancy has decided Tom can lead next to her. Unfortunately, Tom doesn’t know his commands and Nancy is too stubborn to listen to me, so some of our runs have involved trying to turn “gee” or right, the leaders turning left, me trying to hook down, not able to because we don’t have enough snow, and the rest of us being dragged left against our will. A few times I have attempted to hook down, almost lost the sled, grabbed on or flopped on in act of heroism to hang on to the team, and dragging for ¼ mile down the trail before righting the sled.

The qualities of a great leader are many: gender doesn’t matter. Leaders must keep their heads pointing forward—not turn around and talk to the dogs behind them. They must keep a tight tug. The musher and the leaders control the speed—if the leaders are slow, there is no speeding up. If the leaders are fast, the musher can slow the team if needed. They must turn if the musher asks them to. They must find the trail if there isn’t one or listen to the mushers directions about where to go—say if on a big lake. They must break trail and push through wind and snowstorms and occasionally lead the team through an icy stream or pond. They must listen.

When auditioning for the job, a dog is automatically fired if they turn the entire team around and head toward home, or, turn around and start a fight. A dog that looks back a lot or dives off into the snow on the side of the trail might come around, but it’s unlikely. Sometimes, a new dog in lead takes off great—full throttle, pulling tight, and then several miles into the run seems to suddenly realize what has happened—“Wait a minute, there’s no one in front of me!” And that is the end of that.

Major Tom has been doing well in lead—he just turned three, so he could be a great asset to the leader pool in the years ahead. I had a great run recently with him and Gabby. We had to break trail on one of the snowmobile trails where no one had ventured yet. Tom had no problem cruising through the deep snow—he kept his tugline tight and the team moving. Gabby however, did not thrive in trail-breaking mode. I finally replaced her with Victory who did a better job keeping up with Tom. But as we approached a road crossing, I put Gabby back up front—as I didn’t trust Tom and Victory to keep me from turning left and then onto the Gunflint Trail. Gabby and Tom cruised across the plowed road fine—much to my relief. But then we found two trees across the trail and they chose to go over the first one and under the second. I hooked down, praying that the hooks would hold, less my sled end up mangled between the two trees ahead. I hauled Gabby and Tom backward and steered everyone around the downed trees. Luckily my snowhooks did hold and we ventured on toward home.

We turned onto Pine Mountain Road, close to where we live. Somehow Tom became all tangled in the gangline up front. I tried to hook down in the ditch. I ran up toward the front, fixed Tom just in time to see the hooks go flying and the sled coming towards me. I grabbed the gangline and held on. Dragging, I moved hand over hand until I reached the back of the sled and tried to hook down again. By then, another dog was tangled in her harness and I needed to fix it. Again, the hooks popped out. One could argue at this point that perhaps we shouldn’t be running sleds, but rather keep using the ATV to train until snow conditions improved. Anyone toting this line of thought is probably right. But, the ATV just isn’t as fun as a sled.

Our first race of the season is just weeks away. I think we are mostly on schedule with our training. We hold out hope that Beezus may recover in time to lead an eight-dog team in the Mail Run but until he comes back, we’ll just have to rely on new dogs. One of my favorite things about racing sled dogs is watching dogs step up and show their greatness. Pinto, Bruce, Roxanne, Fig, Taco, Ozzie, Hush and Stevie have all auditioned for lead. We will give them all call-backs in the future. It would be nice if someone just raised their paw, as if to say, “I’ll do it. I’ll take the job.” 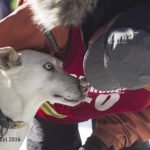 Dog Sledding in the Northland 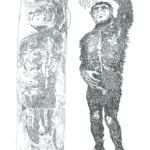