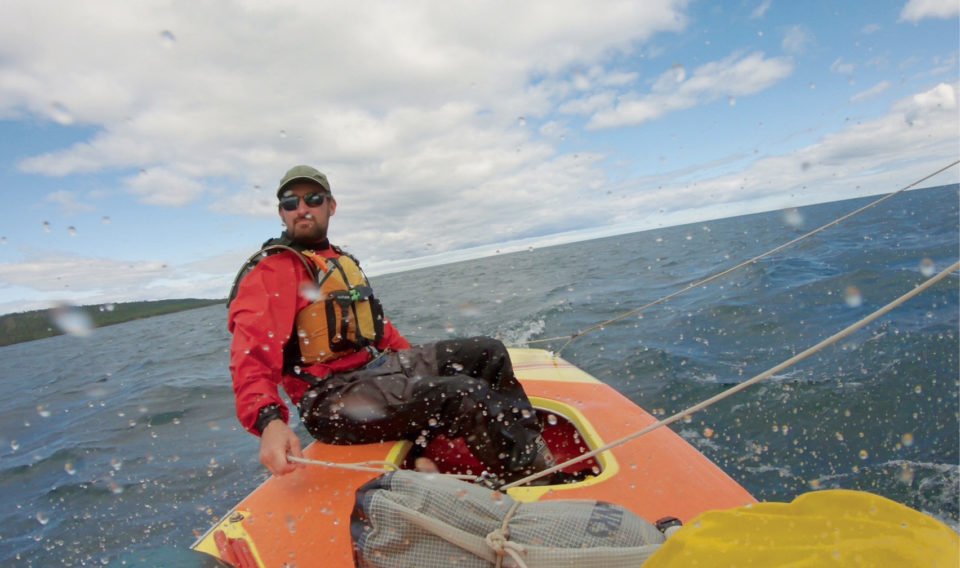 Just a normal day on Lake Superior with spray flying as I pounded through the waves.

Do people discourage you or tell you that you can’t? Sometimes it just takes a small adventure or challenge to avoid other peoples’ limits for you. I’ve lived different for most of my life and the discouragement gets easier to ignore. I started a YouTube channel (Adventures In Reach) because I want you to experience the freedom of living differently, making your own choices, taking healthy risks and trying something new.

If you’re like many of us, you might watch adrenaline sport videos and think that it’s out of your reach, but do you actually want to fly with a wingsuit or do you just need more excitement, challenge and accomplishment? Listen. You can learn the skill. You can gain the knowledge. You can purchase some equipment. The rest of it comes down to you, your mentality, your approach and your drive to make it happen.

I truly believe that with a few experiences added together, you have essentially done everything else. You’ve never been rock climbing? You’ve likely been at height climbing a tree, relied on the rope for a swing, hiked on rocks and relied on others. That’s essentially what rock climbing is, so stop waiting.

I’m not an accomplished sailor, but I do have survival, swimming, rescue and camping training and experience. The Sunfish wasn’t the best model, but it was free and functional. There are no examples of how to pack a Sunfish for a trip because almost nobody else does it, but I figured it out. Remember that everything is impossible until it’s proven possible.

The weeks before I launched to visit the northeast end of Isle Royale, and sail 150 miles over a week on the world’s largest lake, I heard the same lines repeated: “that’s crazy,” “impossible,” “you should take a bigger boat…” I reminded myself of the equipment I had been organizing, the plans I made, my training and experience. I had purposely sailed the boat in 45 mph winds, 5-foot waves, and loaded it for a few weekends of testing. I was ready, whether they believed me or not.

I launched twice from the Grand Portage Marina. The first day offered light winds in the wrong direction that would have extended the 23-mile crossing by several hours. The following morning (8/22/2020), I returned and launched in dense fog with favorable winds. My doubts came in the middle of the crossing. Not from being 11 miles from land. Not from the immensity of the lake and the trip before me. Not from the doubts of others. It was the seasickness. I had never experienced nausea on my Sunfish before. It was the lack of wind and the rolling waves that got to me, and for a half hour I slipped into the water beside my boat to cool down and reduce the rocking.

The wind picked up and I reached the island in about 6.5 hours. The wind was blowing directly where I needed to go and I had been delayed by several days, so after a 23-mile crossing, I continued up Isle Royale’s north shore. Most decisions were made due to safety. The north side of the island is rocky with few places to safely go ashore. Continuing meant I could pass that obstacle with perfect conditions. After 40 miles of sailing in a tiny boat, I had arrived at Little Todd campsite for my first night.

My precautions for the big lake were thought out months in advance. I was wearing long johns under a drysuit, neoprene booties and had a Spot beacon strapped to my arm. My life jacket contained food, flares, a whistle, knife, strobe light, and a GPS. My emergency bag was clipped near me with more signaling devices, a marine radio, neoprene hood and gloves, and additional food. If my boat broke apart and sank, I was ready to float safely until help arrived. I planned for an eight-day trip, but had 13 days off of work and told my supervisor that I wouldn’t return on time unless I could do so safely.

I had never completed a trip quite like this before, but I never felt scared. My comfort zone expanded as I experienced more challenging conditions and realized that the boat could likely handle whatever I could. My first morning the forecast predicted 7-foot waves in the afternoon. I talked to the camera and said: “I better get going soon because there’s no way a Sunfish is going in 7-foot waves.” The next day I was in swells blocking the horizon. The crests were several feet over my head, but the wind was consistent, the boat stable, and I felt in control. Later that day I rounded the northeast point, sailing against waves that were tall enough to periodically block the wind from my sail. The mast is 15 feet tall, and I’m guessing the waves were about 10 feet. The 7-foot waves weren’t a concern any longer. I still felt in control of the boat and my skill increased. My brain adjusted.

At this point you may be thinking that it had to be scary, and that I was reckless or stupid. But consider for a moment, how many things have previously felt that way to yourself. Driving a car on the highway or in snow, diving to the deep end of a pool, downhill skiing, riding in a plane… When it’s a foreign experience, it seems crazy, but I assure you it was not. Exciting, requiring concentration and forward thinking—yes. I reminded myself of the drysuit, the warm clothes and my emergency bag. I thought about my lifeguard and swiftwater rescue training. I looked at the more welcoming spots on shore and considered how I could ferry my body to them, then ride the back of a wave in. I noticed how the boat sat low and stable, and fit in the trough of the waves. I also remembered how the boat cannot be swamped or sunk unless it breaks in half. The cockpit full of water is only about 15 gallons. The rest of the boat is a sealed chamber with air and foam. I took a deep breath, looked around at the beauty, and chose my direction.

I had some interesting exchanges with others on the island. A group of shipwreck divers thought I was insane, yet during this trip I was most nervous swimming over a shipwreck. A refreshing family sailing a 36-foot sailboat was again astounded that I was circumnavigating on a tiny boat, but I considered docking such a large boat to be more nerve-racking. It again goes back to what your experience has been.

The trip did not go as planned, yet I had accounted for flexibility. I only stayed in one campsite I had listed on my permit. I missed some destination sites and found others. It all turned out well. I was able to visit the Rock Harbor Lighthouse, the Edisen Fishery, a cave, and hike to the Mount Ojibway lookout tower. I met some very welcoming people, heard a moose, and gazed at amazing scenery.

The sailing was challenging as the winds remained high. On my sixth day, the wind was gusting to 35 mph and the seas were building. I waited for much of the morning before setting out in the winds that were supposed to diminish, but didn’t follow the forecast. It was a wild ride. The gusts made it unstable and unpredictable for sailing and the aggressive waves made it difficult to take breaks on shore to eat, pee, or stretch. I sailed against the wind for the last half of the day’s mileage and flipped from a gust only one mile from camp. I had my camera out filming with the drybag open, but managed to keep the opening out of the water, right the boat and make it safely to camp.

The final day included swimming over a shipwreck before making the long crossing back to mainland. The marina owners and campers were relieved I had returned and were overflowing with questions and excitement. It was mentioned the previous couple days, and again at the marina, that I must be the first to sail a Sunfish around Isle Royale. After some checking online, calling the Park Service, and asking around to other boaters I confirmed that I was in fact the first. That certainly wasn’t my intention, but a nice surprise nonetheless.

I encourage you to find your own adventure by looking for new opportunities, consistently saying “yes” to new and interesting things, surrounding yourself with others who challenge you, and allowing yourself to feel out of balance while you build your comfort zone.

If you are interested in seeing the footage from this trip or finding some inspiration and instruction for you own adventures, check out Adventures In Reach on YouTube. Don’t forget to hit the “subscribe” button. Send me a comment sharing your adventure. I’d love to hear about it.

Photos and story by Matt Graves 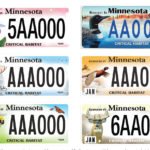 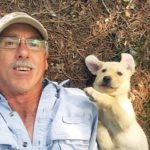