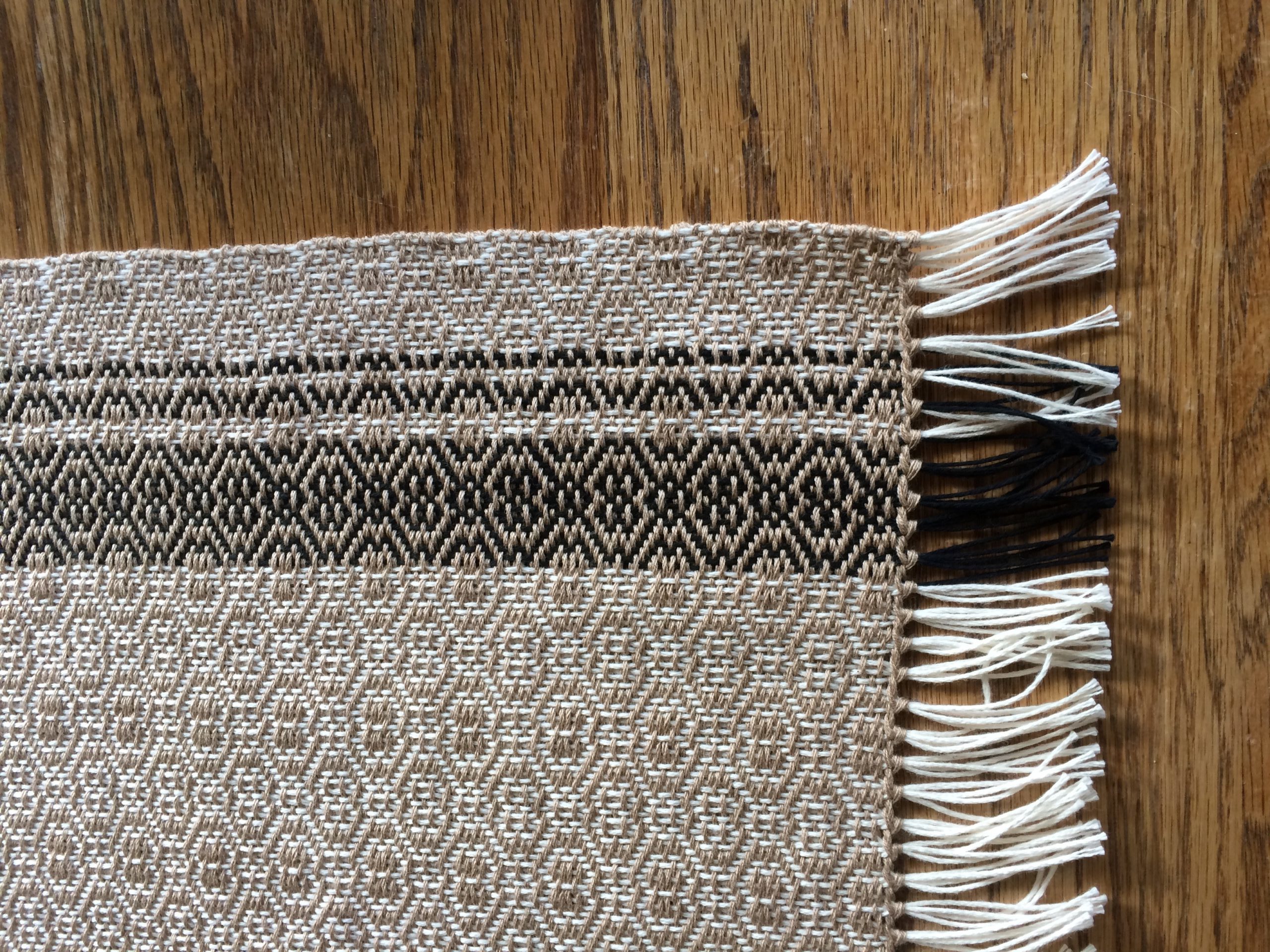 Heather Ellam said that she takes inspiration from many different places, whether that’s Pinterest boards or a color combination that piques her interest. | SUBMITTED

When Heather Ellam signed up for a weekend course in weaving, she had no idea that it was going to lead to a new passion and a new business. Born and raised in Thunder Bay, Ellam is the owner of Lacewood Fibre Studio, where she makes handwoven clothes and homeware on her very own loom.

While she did not start weaving until she was an adult, Ellam said that she is a longtime crafter and comes from a family of women who love sewing, knitting and crafting. With her own experience in sewing and needlepoint, Ellam had long found the idea of weaving intriguing, but never had the chance to try it. That is, until the local Weaver’s Guild hosted a weekend course in weaving, and she decided to join. As part of the course, Ellam got to learn in class and then take a loom home to practice, and she created her first 8-inch scarf.

“After taking the class, I saw the potential of weaving and it really appealed to me,” she said. “I started looking around online for a loom and found a lady in Duluth who was selling a used one, so I drove down and brought it home.”

With her own loom, Ellam started experimenting with weaving on her own. Apart from her initial class, she mostly learned the craft on her own, checking out books and exploring with different weave structures as she went. Today, she makes a wide range of items, from shawls and sweaters to blankets and napkins. She said that she takes inspiration from many different places, whether that’s Pinterest boards or a color combination that piques her interest.

“I try to keep what I make timeless. I follow some trends, but I try not to follow them too much so that people can wear what they buy for a long time,” she said.

The weaving process starts with a pattern called a draft, which tells the weaver how to set up the loom to achieve the desired weave. It involves a fair amount of pre-planning, including setting up all of the colors that will be used in the finished piece. Ellam said that the front-end work can take a few hours before any actual weaving can begin.

“The first couple of times that you do it, it’s tricky,” she said. “After the first course I took it was hard to remember all of the steps on my own. But you learn from trial and error. Now I’ll listen to a podcast or a vlog while I set up the loom, and the relaxing part is when you actually start weaving.”

Ellam said that she gets her yarns from a variety of sources, and likes to support small or local businesses when she can. Some of her favorite suppliers include cotton yarn from Maurice Bassard, a family-owned business based in Quebec, and Gist Yarn, which has a line of yarns that are all grown, milled, and spun in the U.S. Some of Ellam’s scarves use merino wool dyed by independent dyers.

The evolution from weaving as a hobby to also being a small business began when Ellam started bringing her work to farmer’s markets and craft shows in the area. Then, when the pandemic hit, she decided to move Lacewood Fibre Studio’s presence online, and opened up her Etsy shop. Ellam said that even as she has moved into selling her work, it’s important to her that weaving doesn’t become a chore and that it remains something she loves doing.

“I like the versatility that weaving has,” Ellam said. “You don’t always have to be making an actual item, you can just make fabric and do whatever you want with it later. And I like that, like all fiber arts, it’s going back to the basics. There’s no electronic equipment on the loom: with all of the advances in technology we have, looms pretty much stay the same, and I like that we can just come back to something as timeless as making cloth.”

Heather Ellam’s work can be found on Etsy through lacewoodfibrestudio.com, as well as on Instagram @lacewood.fibre.studio. 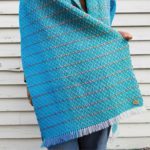 The Alchemy of Water and Weaving