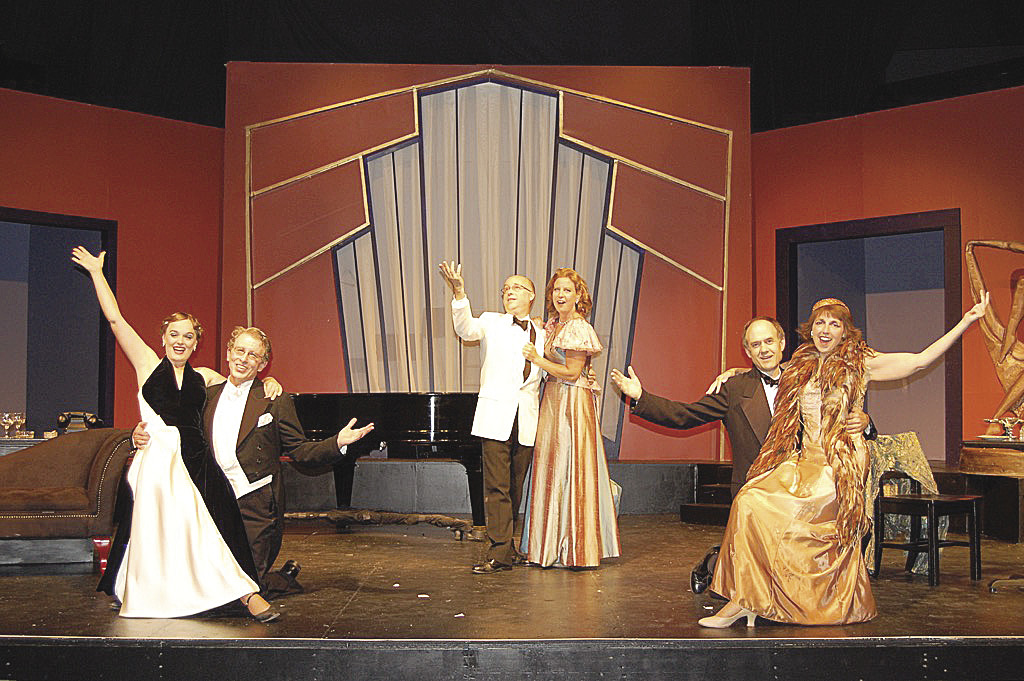 It began as an experiment. The Operation-Cooperation, an adult-teen group, wanted an activity where kids and adults worked together. With the sponsorship of the Grand Marais Women’s Club, a winter drama fair called an Experiment in Theatre was produced. Local actors performed three one-act plays in January, 1971, that were enthusiastically received by the local community.

And the drama, as it were, began.

That summer, under the volunteer leadership of Evelyn Carlson, an ambitious summer season was planned under the name, Little Theater. The First Congregational Church allowed the rehearsals and performances to be held there. Three full-length plays—a musical, The Fantastix, directed by Rick Anderson; The Emperor’s New Clothes, directed by Mrs. Jan McNelly; and a comedy, George Washington Slept Here, directed by Lynn Ormandy of Duluth. The enthusiasm remained. During the first season, Little Theater was incorporated as the Grand Marais Playhouse.

From these humble beginnings the show has gone on for 45 seasons. Some folks in the community have been involved with the Playhouse nearly all of those years. One of them is present administrator Sue Hennessy, who began working with the Playhouse when she was 11 years old. She recalls the Playhouse’s second home, the old Lutheran Church (now Betsy Bowen Studio), which the school district sold to the Playhouse for a dollar. Throughout the 1970s, 80s and 90s, that was where plays were held.

Hennessy left Grand Marais to attend school and then moved to New York to work in professional theater. She returned to Cook County in 1998 to assist her parents. It was the same year the Playhouse moved into new digs: the Arrowhead Center for the Arts. (The Playhouse pays rent to the ACA.) Today, the Playhouse puts on five to seven plays annually, including a youth play and a high school play. Summer shows are performed from June to August when the greatest number of people are around to attend and thus boost ticket sales.

“In the off-season we do more creative, dramatic stuff that is not as dependent on ticket sales,” Hennessy said. “For instance, we’re doing Shakespeare this fall.”

The actors in Playhouse performances are members of the community who volunteer copious time to be involved in a play. Some show up year after year; others as time allows.

“Cook County is a deep well of talent,” Hennessy says. “People are amazed that out performers are locals. It’s really fun to work with them.”

While the audience just sees the actors, there’s also a backstage team that builds the sets, handles costuming, runs the lights and does everything necessary to make the show go on. Sharon Eliasen has been involved with the Playhouse since 1973 and never appeared on stage. Her forte is props and costumes. Wherever she goes, she’s on the lookout for useful clothes and objects.

“I love searching for things. It’s like a game,” she says.

When she began, she used to find things and squirrel them away. Times have changed. Now she visits local thrift stores and is a regular at the Recycling Center. If all else fails, she turns to Google. Better yet, she has storage space available at the ACA. There are others backstage as well. Hennessy enjoys building sets, but she gets plenty of support from Ralph Larson and Jeri and Don Grant.

About 10 years ago, Eliasen and another longtime volunteer, Thelma Hedstrom, were honored for their service. But she is quick to point out that many others in the community have been long involved with the Playhouse. A partial list includes Evelyn Carlson, Emma Bradley, Ann Mershon, Rick Anderson, Jayne Richards, Dick Swanson, Mark Abrahamson, Leah Thomas, MaryAnn Atwood, Mary McDonnell, Lena Nelson, Beth Kennedy, Theresa Linehan and Saraphine Metis.

The Playhouse enjoys a strong relationship with the schools and student participation has been important since the beginning. This year, Hennessy has a backstage crew comprised of middle school students. This summer, about 80 people have worked on the shows in some capacity. The Playhouse relies on about 150 volunteers per year.

“It’s a team activity,” Hennessy says. “I just coordinate all of it.”

Hennessy holds the only paid position, which is part time. She works two other jobs as well. Sometimes she makes short-term hires for skilled positions such as a choreographer, fight choreographer or sound engineer. She occasionally hires directors from outside of the area, but it is difficult because they need housing for a minimum of five weeks—something that is hard to come by in Cook County.

Producing a play isn’t cheap. Hennessy says there are up-front expenses, such expensive royalties, which must be paid just to get scripts. Funding for the Playhouse comes primarily from ticket sales. The organization also has dues-paying members. It receives strong support from the local business community, too. Grant funding is important, but not something the Playhouse relies upon.

Somehow every year it all comes together—people, money and much enthusiasm—to produce another season of plays.

“It’s pretty amazing that a town of our size can do multiple productions in a year,” Hennessy says. “It’s unusual. I don’t think I would do community theater in any other town.” 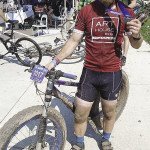 The Mayor Runs and Not Just for Election 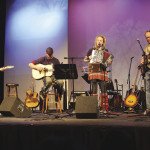