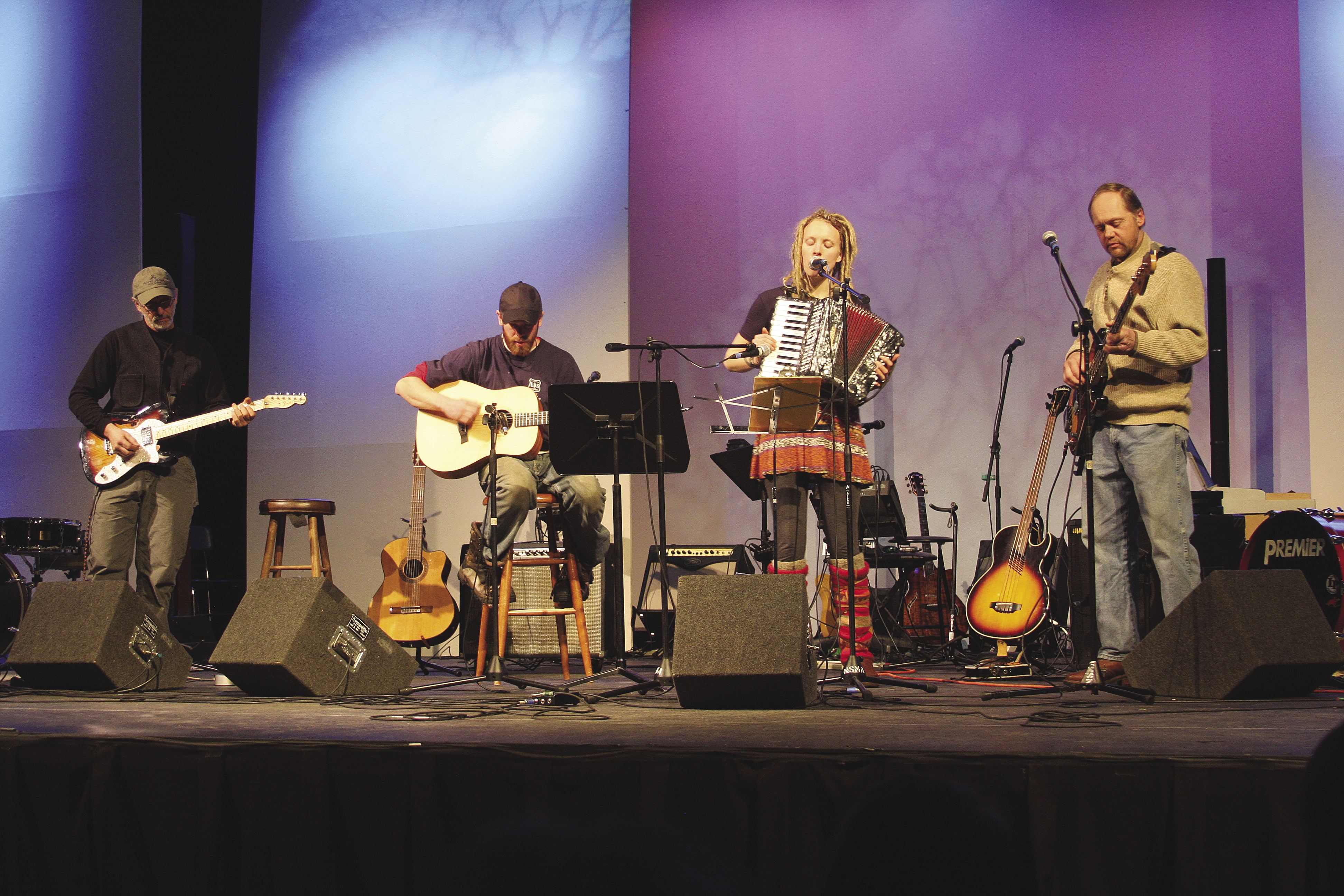 Cook County has a wealth of homegrown talent, as exemplified at the Local Musician’s Showcase. | GARY SIESENNOP

Along the North Shore these days, live music is taken for granted. On just about every night throughout the year, you can hear live music somewhere in Cook County. Most nights, you’ll have a choice of several venues. But this wasn’t always so. Thirty-some years ago, Cook County was a quiet place.

“In the winter, you could fall asleep in the middle of Highway 61 and not be bothered,” jokes Wayne Russ of Grand Marais.

This wasn’t necessarily due to a lack of musicians. Russ, his wife Ann and others enjoyed getting together to play acoustic music. But there wasn’t much of a live music scene aside from dance bands in the bars on weekends. The big musical event of the summer was the Schroeder Folk Festival at Lamb’s Campground. After two years, organizers moved the event to the Lutsen ski hill and changed the name to the North Shore Music Festival. The volunteer organization that created the event became incorporated as the North Shore Music Association in 1985. The original board members were Wayne and Ann Russ, Bill Hansen, Betsy Bowen, Bill Huggins and Vern Booth.

Initially, the annual music festival was the organization’s primary event, but around 1988 the focus changed to featuring monthly concerts with regional and national musicians. At the time, it was a seat-of-the-pants operation, where concerts relied on borrowed sound and lighting equipment. Initially, events were held at the Schroeder Town Hall, but other early venues include Lutsen Resort, Sven and Oles and the Hovland Town Hall.

“Wherever there was a space, we took advantage of it,” Russ says.

As time went on, the NSMA invested in sound gear, lighting and a trailer for hauling all of it. And haul they did…all over Cook County. The organization didn’t have a home, so it continued to use whatever space was available for a show. Some locations worked better than others, but what the area needed was a centrally located venue.

The NSMA wasn’t the only arts organization in need of a home. Working in collaboration with the Grand Marais Playhouse, the Grand Marais Art Colony, WTIP Radio and local school district ISD 166, they developed support for a community arts center located on the school grounds in Grand Marais. In 1998, the Arrowhead Center for the Arts (ACA), became home to the above-named organizations, providing a quality auditorium for music performances, plays and other events.

Early efforts at partnering with other organizations have matured into what is now called the Grand Marais Arts Partners, a coalition of NSMA, WTIP, the Art Colony, North House Folk School and the Grand Marais Playhouse.

“We try to market together and work toward furthering Grand Marais as an arts destination,” says NSMA director Kate Fitzgerald. “We keep a calendar of events and try not to compete with one another.”

The NMSA also partners with local schools to provide educational programming for youth. Mark Powers, a percussionist, held a Junk Jam at the Great Expectations charter school, where children were taught how to make music with various objects, including their bodies. Local musician Todd Miller taught guitar to middle and high school students who were then encouraged to form a band, culminating in a public performance. A West African drum and dance ensemble also worked with kids, who then joined them onstage at an ACA performance.

While the roots of the NSMA were entwined in folk music, the organization’s musical evolution is best described as eclectic.

“We still do lots of acoustic performances, after the ACA was built we decided to cover more bases,” Russ said.

“We like to keep things as eclectic as possible,” Fitzgerald added.

In 30 years, the NSMA has come a long way and, with lots of community and local business support, has provided Cook County with plenty of good music. Moving forward in an era where Grand Marias is recognized as an arts magnet, the organizations face new challenges, including the prevalence of nightly live music at local venues. This may mean the NSMA needs to kick it up a notch to stay relevant. There is little reason to doubt that they will do so. 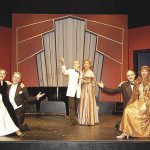 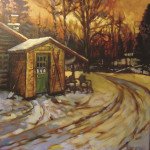