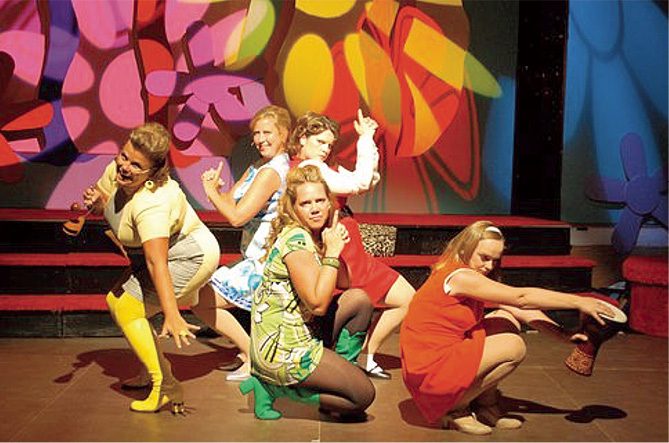 The Grand Marais Playhouse is celebrating its 50th anniversary this year. | SUBMITTED

On a January night in 1971, the Grand Marais Playhouse held its first production in the old Congregational Church. The production was a success and 50 years later the Playhouse is still an integral part of Cook County’s arts community. Artistic and technical director Sue Hennessy shared about the Playhouse’s past and what is in store for this summer.

The Grand Marais Playhouse started when a group called Operation Cooperation was seeking ways to involve kids and adults together in projects around the community. The idea for a community theater involving both adults and youth was suggested, and the rest, as they say, was history.

The Playhouse put on three productions during its first year, and after the first year moved into the old Lutheran Church, now the Betsy Bowen studio building. Over the years, many dedicated community members have stepped into roles as directors, actors, set constructors, costume designers and more to bring theater productions to this little town.

“The old playhouse, as everyone still calls it, has very deep, strong memories for many people in the community,” Hennessy said.

In 1998, the community built the Arrowhead Center for the Arts (ACA), which started a new era for the Playhouse. Building the ACA was truly a community effort, and involved the contributions of five organizations in Cook County, in addition to the school district. Many technological changes have been incorporated to productions throughout the years; some more recent changes have included new lights and lighting software so lights can be pre-programmed for a show.

“People who have come here are surprised with the space,” Hennessy said. “A lot of the artists who come here are expecting something like a gymatorium, but when they walk in here, they’re impressed. It’s a very well-done theater for the size of our town.”

1998 was also the year that Hennessy came back to the Playhouse. In many ways, it was coming full circle: Hennessy grew up three houses away from the old playhouse and began her theater career in one of the Playhouse’s productions. She went on to graduate with a theater degree from Concordia College and moved to New York City to work as a set carpenter and stage manager. This was followed by a move to Minneapolis to become the lead carpenter for the Guthrie. When Hennessy returned to Grand Marais, she got involved in the Playhouse and has been involved ever since.

This summer, the Playhouse is putting on a production of Little Shop of Horrors, a horror comedy musical about a florist with a blood-sucking plant. Little Shop of Horrors is special because not only did the Playhouse put on this production 22 years ago, but it was the first musical that Hennessy directed. While she said she was nervous to direct her first musical, the show went better than she could have expected.

“That production solidified for me that I wanted to stay in this community and in community theater,” Hennessy said. “I realized that community theater is transformative for each student who participates. It builds self-esteem and self-worth, and you build trust in an ensemble when you’re going on stage together. There’s a bond that forms that outlasts the life of a production. It’s something I love watching grow and I’m grateful that I get to build community as a life calling.”

For actor Tina Hegg Raway, the 2000 production of Little Shop of Horrors was also a special one: not only was it her first leading role, but it led to a lifelong passion for singing and performing. In fact, she is reprising her same role as Audrey in the 2022 production.

“I can’t wait to do this show again,” Hegg Raway said. “I have so many great memories! Plus, people who saw me 22 years ago are still here and want to see it again, which is extra fun.”

While Hegg Raway has had many years of singing and performing experience now, she said that landing the role of Audrey in 2000 was a surprise to everyone, including herself. Her audition involved singing, but as a busy 11th grader, she hadn’t had much time to prepare. So she practiced an a cappella version of the Star-Spangled Banner on the way to auditions and sang it for the casting directors.

“They were speechless and I thought that maybe it was fine, but I wasn’t sure. Apparently, they were blown away,” Hegg Raway said. “My family was totally stunned that I got a leading role, as my roles in other shows were pretty minimal and I had never been cast in a major show before that. I remember feeling so proud to discover a new talent, and so chagrined at surprising my family with that talent. That was really the beginning of my lifelong interest in singing.”

In addition to Little Shop of Horrors, this summer the Grand Marais Playhouse is also planning to put on a production of Blithe Spirit, a feel-good play that the Playhouse has put on twice in the past. For youth, there will be a musical called We Will Rock You, as well as a summer camp in early August.

Hennessy is also planning to bring in other theater professionals to prepare for some of this summer’s productions, including Pamela Knourek, North Carolina School of the Arts’ director of costuming, who will be here for the month of July to help the Playhouse’s costume committee and to get people excited about costume making.

“We’re going to change the conference room into a sewing studio, so people can drop in, dabble, and see what costuming is all about so we can get more costumers in our community,” Hennessy said. “We’re doing the same with building and painting, and we always need people to help with that.”

Looking back, Hennessy said what stands out to her most is how much of a community effort the Playhouse has been and continues to be.

“Art is really important for the life of a community and I’m so glad we have the Playhouse here,” she said. “Our little community has supported a theater for 50 years, which is an amazing milestone, and we’ve had so many community members get involved over the years. We should be really proud of ourselves for that.”

Hegg Raway said that her involvement in the Playhouse has continued to be an inspiration and that the skills that she’s learned from performing are ones she utilizes offstage in her career and personal life as well.

“Working on these big shows is so much fun because you get an incredible multigenerational experience unlike any other in Cook County, and because theatre in Grand Marais is so inclusive, positive, welcoming and creates a ton of valuable memories,” she said. “I highly encourage anyone with interest to get involved in these shows…it takes a bit of time investment and a little courage to stand up and be seen, but what you get out of it is much more than what you put in.”

To learn more about the history of the Grand Marais Playhouse, the ACA lobby will have a display of old photos, costumes and play rosters throughout the summer. For more information on productions or to get involved, visit grandmaraisplayhouse.com. 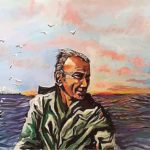 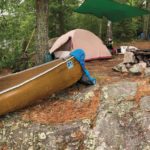