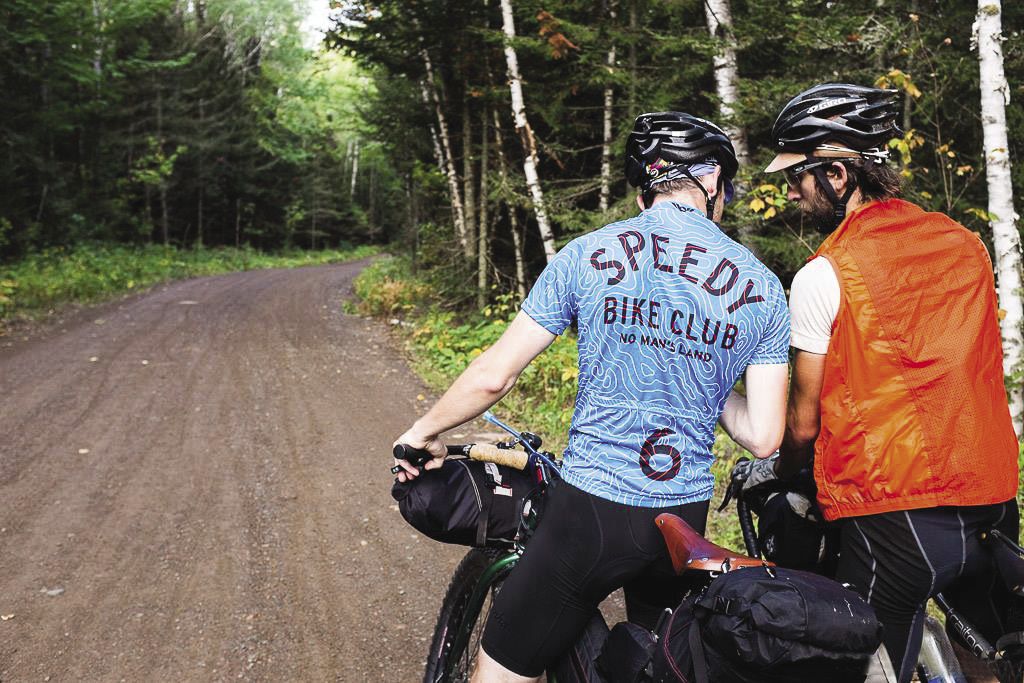 The Heck of the North race will be held Saturday, Sept. 30 near Two Harbors. | JEREMY KERSHAW

Two Harbors—Bikers, grab your helmet and switch out your tires for a wider pair. Heck of the North takes place later this month—and it’s your chance to experience an extreme cycling challenge.

Heck of the North is a gravel bike race that takes place on the backroads near Two Harbors, with the option to race on a 105-mile or 55-mile course. The longer course features miles of gravel, two track and rocky logging roads, with famously tough snowmobile trail connectors. The shorter course is equally scenic, and is designed without the demanding connectors. There are checkpoints halfway through each course where racers can refuel and hydrate.

The race is an intense physical competition, and requires careful, thoughtful navigation.

Racers don’t use a map or GPS to guide them through the course. They follow cue cards, which are known as the icon of gravel cycling. Bikers must pay close attention to the cues and follow their cyclocomputers, a tool that displays trip information such as current speed, trip distance, trip time and more. It’s important that riders don’t count on road signs, tire prints, or other racers. They need to trust their mileage and cues.

Heck of the North is run by Jeremy Kershaw, a registered nurse from Duluth who works with his wife Avesa Rockwell to put on the event.

“It’s my job to help people challenge themselves,” said Kershaw.

The pair has spent hours meticulously planning courses, coordinating volunteers, securing sponsors and all other event-related activities for about nine years now—with no formal training or experience.

“Every year, I wonder why I do this,” said Kershaw, openly reflecting on how he typically feels in the stressful weeks before the event.

He said once race day comes, and he witnesses the cycling community coming together to push themselves—that’s what keeps him coming back each year.

“It’s my way of contributing to the cycling world,” he said. “It’s not about winning, it’s the challenge.”

To compete, racers use road bikes or mountain bikes with tires that are at least 35 millimeters wide. They’re racing against about 250 to 300 people from all over the U.S. To be competitive, racers will need a speed range of about 10 miles to 18 miles per hour.

Kershaw got into gravel racing a decade ago, and participated in gravel races in southern Minnesota. Being from the northwoods, Kershaw decided to develop a race locally so riders can enjoy the beautiful routes and minimal traffic. Plus, he said it’s a way to impact the local communities.

The towns see financial gain when racers and their families spend money in our area. And most of the sponsors Kershaw seeks out are local. Major sponsors include Two Harbors’ Spokengear Cyclery and Outdoor and Castle Danger Brewery, and Duluth’s Epicurean, Positively 3rd Street Bakery, Bernick’s and others.

“It’s my goal to produce the best event I can,” said Kershaw. When creating events, “I focus on the challenge, location, scenery, and camraderie.”

Aside from pursuing his passion for cycling through his event production company, he’s challenging himself personally to reach new limits on his bike.

On July 1, Kershaw completed the Tour Divide, a self-supported bike race from Banff Park in Alberta, Canada to the Antelope Wells, New Mexico, which is on the Mexican border. The journey along the Great Divide Mountain Biking Route is 2,740 miles. Kershaw was one of seven Duluth riders to participate this year. The Tour Divide took him 22 days to complete; the record is 14.

Getting back to Heck of the North, you may be wondering where the heck the race’s name came from.

“It’s a play on one of the oldest, toughest pro road races in the world, the Paris Roubaix,” said Kershaw. “It is known as The Hell of the North.”

Kershaw said that gravel race is associated with lots of cobblestones, wind, and general misery, so his race is a play on that name.

There’s still time to register for Heck of the North. Visit heckofthenorth.com to sign up. 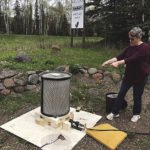 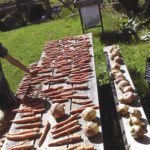