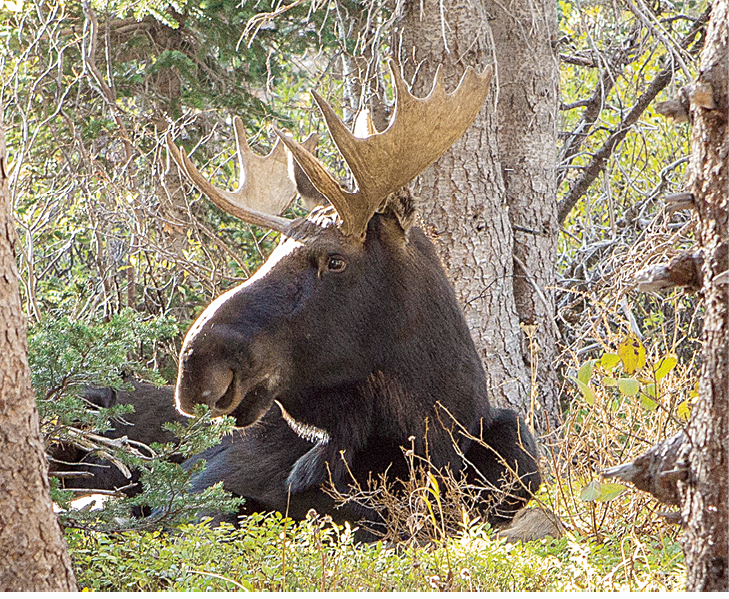 While this isn’t a photo of the exact moose, the memory of the encounter will remain with me for as long as I walk this earth. | KEITH ANDERSON

A number of years ago I went on a solo grouse hunting excursion along an old logging road where I had experienced a lot of success. This road skirts a smallish lake, and on this day, I decided to bushwhack around the lake, figuring the untried portions of forest might yield good results. That proved not to be the case, but I witnessed something that day I have not seen before or since, and I got a real good scare in the process.

When I was about a quarter of the way around, I heard an incredible commotion out on the lake; there were surprisingly loud sounds of splashing water accompanied by plaintive bellows that reverberated across the water. I worked my way to the shore; across the lake three cow moose were standing chest deep in the water. The moose would rear up and thrash the water with their forelegs, all the while issuing their urgent wails. I stood transfixed and took in this extraordinary exhibit. After several minutes the cows quieted, and I resumed my hike. Twice more the cows went crazy in the lake, and twice more I edged to where I could witness this spectacle.

When I was halfway around the lake, directly across from where the cows had been, I heard another call that stopped me in my tracks: the challenge grunt of a bull from the other side of a small hillock. Things quickly went from entertaining to deadly serious. I did not move a muscle and forced myself to control my breathing. I had long thought that a 12-gauge shotgun, even loaded with bird shot, would be an effective deterrent to a charging moose, at least at very close range. Any such notions were quickly dispelled. I might just as well have been holding a pea shooter.

The bull issued its challenge repeatedly. I could hear him stomping as he awaited a reply. I barely breathed. I’m sure the encounter lasted mere minutes, but it felt like an eternity. Eventually the frustrated bull stomped off, thankfully in the opposite direction. After the sounds of his retreat died, I stood motionless for many minutes.

Eventually I continued, perhaps foolishly, certainly skittishly, on my route. The cows had withdrawn from the lake, and I hoped the bull had followed. On the other side of the knoll there was a small creek. In the mud on the far side of the creek, I found the bull’s footprints, pointed directly at where I had been standing.

The memory of that encounter will remain with me as long as I walk this earth. I learned a bit about my own hubris on that day. Still, I would love to hear the sounds of cows in rut again; it was otherworldly and completely unforgettable. If it should happen again, though, I will listen and then retreat. 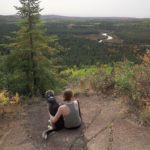 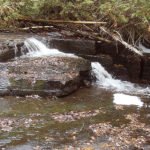