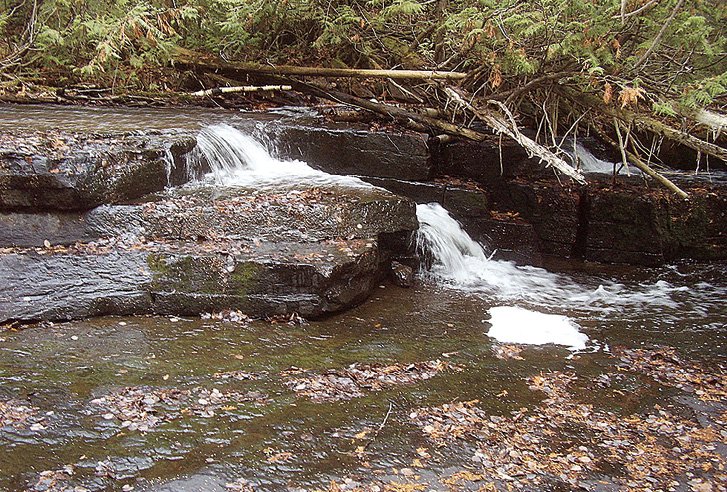 By most hiking standards, the Joe Creek Nature Trail is a training-wheels track, but our purpose was well served by its gentleness. | PETER FERGUS-MOORE

In the fall of 2013, my wife Joyce and I drove down one last time to Sleeping Giant Provincial Park to walk a trail. No, we weren’t moving away from the northwest—this is home. But we were about to embark on a difficult journey halfway across the world to the Middle East, where we would serve as human rights monitors for Palestinian people for a three-month period. We had just finished a stint of training for the work in Switzerland, and knew as we drove south down the Pass Lake Road that we would leave in the falling of the leaves and return in deep winter. There was just enough time in our preparations for a few hours in our natural setting before we traveled to the relatively sere setting of Palestine.

The gold, ochre and red of the leaves soothed us as we talked about our choice of trails. We wanted to find a relatively simple track and spend time within the changing forest and the astonishing abundance of the water of Lake Superior.

So, we chose the Joe Creek Nature Trail. By most hiking standards, this trail is a training-wheels track, not even a kilometre in length over reasonably flat terrain. It follows the course of Joe Creek until that watercourse empties into the big lake at Squaw Bay. It isn’t to say that Joe Creek is not worthy of anyone’s attention, but our purpose was well served by its gentleness. We were able to look up and around us as we walked, taking in the saturated colours of the trees as sunset approached.

Eventually, in a state of calm and gratitude, we found the debouchment of the creek, and an unexpected gift: maybe 50 metres inland, a beaver was organizing cut poplar branch sticks to expand an already existing dam. Organizing seemed to mean stacking sticks on the bank of the creek for later use, a process we watched, bemused. Again, sighting a beaver in the wild is not a drop-everything-and-phone-home event, but it felt to us as though we were being treated to an unrequested bonus. For close to half an hour, we watched the beaver, who soon grew a bit nervous at our presence and disappeared under the water behind the half-finished dam.

It was time to go, while we could still see our trail. We left, feeling blessed by the encounter. In the ensuing months in the Palestinian winter, where the only green is provided by olive trees, and sizeable bodies of water are absent, we remembered the trail and the bay and of course, the beaver. With gratitude. 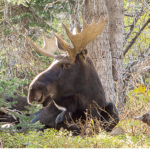 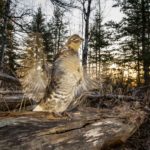