The newest way to experience Lake Superior is by traveling on a Viking Cruise Line ship. | SUBMITTED

The Lake Superior shoreline covers 2,726 miles and is shared by the American states of Michigan, Wisconsin, and Minnesota, and Canada’s province of Ontario. Nearly 200 of those miles stretch from Thunder Bay to Duluth. The wealth of history, natural beauty and adventurous opportunities are bountiful along this route.

The newest way to experience what this stretch of waterway has to offer is by traveling on a Viking Cruise Line ship, debuting its expansion to the area this summer. The 20-year-old cruise line began conducting site visits to Thunder Bay and surrounding areas over three years ago and soon after, partnered with the Thunder Bay Community Economic Development Commission (TBCEDC). This collaboration quickly engaged the city of Duluth and their senior economic developer to expand excursions on Lake Superior, getting on the “global radar.”

Paul Pepe, director of Thunder Bay Tourism—under the umbrella of the TBCEDC—is thrilled to be part of the “collective collaboration, not just one city but everyone working together to showcase what our communities have to offer.”

For the Michigan/Thunder Bay trips, there are a total of 14 excursions scheduled, seven inbound and seven outbound. Over 5,700 visitors are expected with these trips and they will have the opportunity to engage in a diverse range of experiences, such as visiting historic Fort Williams, Sleeping Giant Provincial Park, the deep-water pier, and shops and markets during the two-day port of call.

Duluth will be offering nine excursions, four inbound from Toronto and five outbound to Toronto. Passengers can choose to ride a vintage train around town, view the ariel lift bridge and visit the Great Lakes Aquarium. All details can be found online at: vikingcruises.com.

A much more intimate, one day experience can be found with the family-owned business, Amicus Adventure Sailing and nonprofit Sea Change Expeditions, based out of Knife River. Day trips are available from June through August to sail Lake Superior on a smaller vessel. The 40-foot steel boat will provide unique, breath-taking views of the big lake and its many islands, while introducing guests to the techniques of sailing.

Ten-day trips to Isle Royale are also an adventure offered in partnership with North House Folk School in Grand Marias through Amicus. More information on Amicus Adventure Sailing programs can be found at: amicusadventuresailing.com.

If touring a piece of North Shore history is more of an interest than an actual excursion on the water, the historic Edna G. tug boat is a wonderful option. She was built in 1896 by Cleveland Shipbuilding to assist with ore carriers into and around the harbor in Agate Bay, Two Harbors. She remained in service at Two Harbors for all but two years of her career, when she hauled coal barges along the East Coast during WWI. The Edna G. was later reinforced to serve as an icebreaker and was involved in firefighting and rescue operations. Her last job was December of 1980 and she has been docked in Agate Bay since then.

The nonprofit organization, The Friends of the Edna G., was founded in 2018 in response to her continued declining condition. Through aggressive fundraising efforts, experts have been contracted to outline options to restore her to fit the requirements set by the Historical Registry. Volunteers have cleaned and prepared the tug to be open to the public for tours, which debuted in 2019. The Edna G. recently celebrated her 125th Anniversary in August of 2021 with a grand festival. Tours will again be available on weekends this summer. For the complete schedule and more information visit: friendsofednag.org. 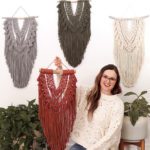 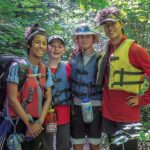