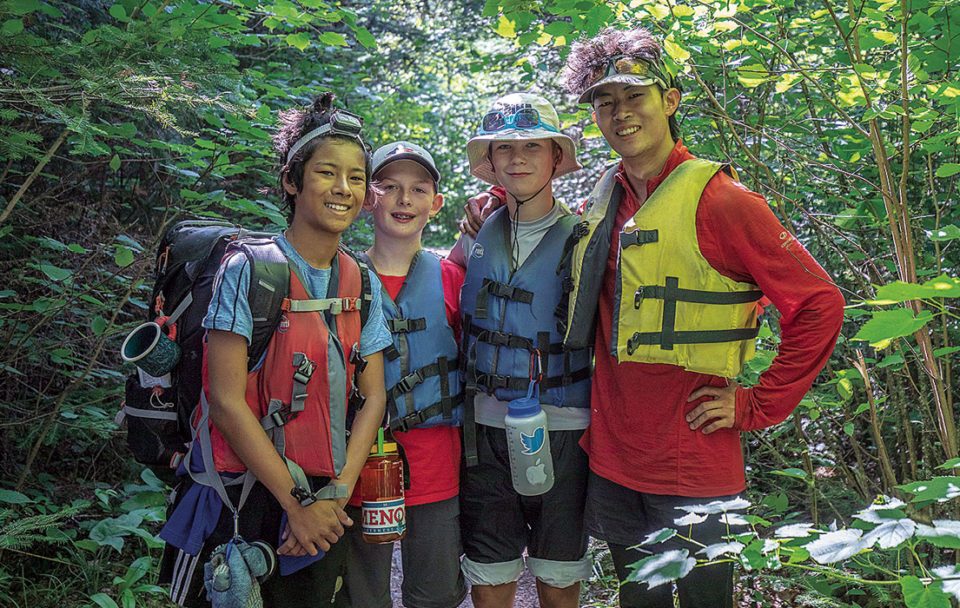 Located halfway up the Gunflint Trail on Bearskin Lake, Camp Menogyn is a YMCA camp that provides wilderness experiences to youth of all skill levels. | SUBMITTED

GUNFLINT TRAIL—Camp Menogyn is turning 100 this summer! July 15-17 there will be a weekend-long event at camp to celebrate the occasion, with great food, live music, campfires, day trips, and more provided for registered participants. Registration is $40 and can be done online on their website.

Menogyn is an organization rooted in tradition—defined by its strong community as much as by its programming—and the anniversary celebration will be a time for everyone to reconnect after a tough few years spent adapting to a global pandemic.

“For a lot of people, the Menogyn experience starts as an opportunity to check off a bucket list item like dogsledding or skiing across a frozen lake,” says Meghan Cosgrove, executive director at YMCA Camp Menogyn, “but everyone quickly learns that the experience is richer than that as they develop a connection to the people and the place.”

“When we celebrate our 100th anniversary in July,” continues Cosgrove, “we will have alumni representation going back to the 1950s. One trip can spark a lifetime of involvement; it’s incredibly powerful.”

Located halfway up the Gunflint Trail on Bearskin Lake, Camp Menogyn is a YMCA camp that provides wilderness experiences to youth of all skill levels in activities like canoeing, backpacking, rock-climbing and skiing.

During the summer months, campers can take part in multi-night canoe and backpacking trips across North America, while the fall, winter and spring programing focuses more on day trips that launch directly from Bearskin Lake to places like Caribou Rock, Honeymoon Bluff and Rose Falls. Menogyn also partners with Amarok Kennels in the winter to bring 20 Alaskan huskies on site for dogsledding adventures throughout the winter.

“In the summer,” continues Cosgrove, “campers travel with four to six other teens and the support of a trail guide. Trail guides are in a unique position—they aren’t a parent and they aren’t a friend, but they’re close enough in age to the campers to be relatable and serve as positive role models.”

Cosgrove started her own “Menogyn experience” as a co-guide for a trip in the late 1990s. As impactful as that trip was, however, it wasn’t until her time working as the director for their sister Y camp that she really got to know and appreciate the Menogyn community. Then, in 2017, when the Menogyn director position opened up, she jumped at the opportunity and started a whole new chapter of her Menogyn adventure.

“When I started in 2017,” says Cosgrove, “the first thing I noticed about Menogyn was how welcoming everyone was. I witness this year-round—it’s amazing watching a group of total strangers become life-long friends in as few as four days with us.”

“As the executive director at Menogyn,” continues Cosgrove, “I get to wear many hats. I work with incredible volunteers who serve on our advisory board, and I do a lot of fundraising, but what I love most are the months spent living on Bearskin, fully immersed in our programs. This means driving trips, supporting and mentoring campers and staff, hauling supplies, washing dishes—whatever it takes.”

According to Cosgrove, there is nothing more exciting than watching groups return to “base camp” (Bearskin Lake) after a trip. Whether it be a group of highschoolers returning from a 20-day backpacking trip in Glacier National Park, or a crew of 7th graders paddling back from a five-day adventure in the Boundary Waters, “the energy is palpable” when everyone has one last rendezvous at camp, the place where it
all began.

In addition to their usual programming, Menogyn will be hosting a number of in-person and online events throughout the year. Their “Cook County neighbors” are again invited to the annual pancake breakfast on May 29th, with pontoon shuttles to camp and good food provided to everyone who attends.

For further information about Camp Menogyn’s programming, covid protocols, events, and to read other people’s Menogyn stories, visit their website at: ymcanorth.org/camps/camp_menogyn. 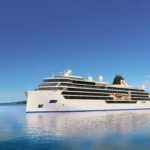 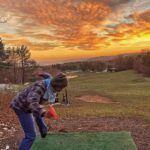