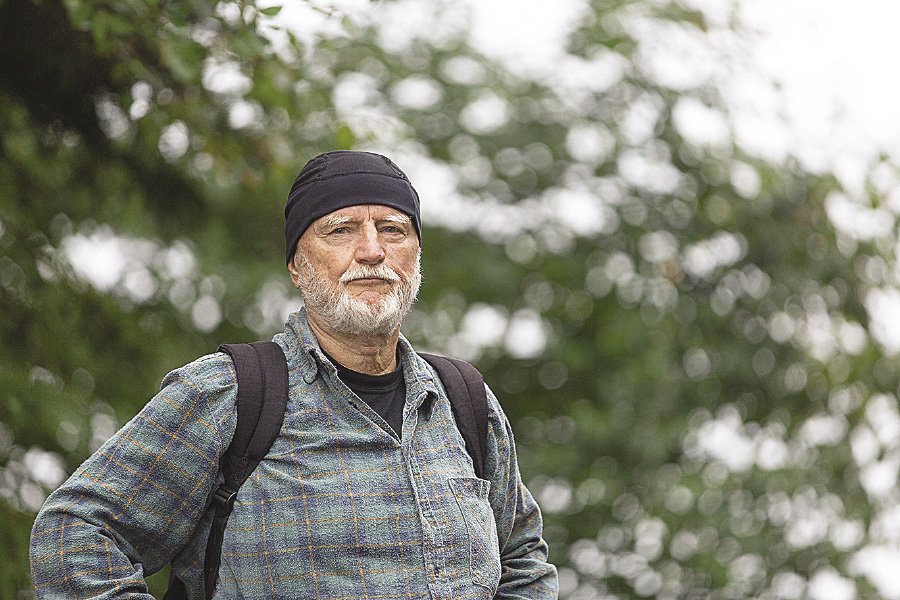 Mike Freed, a retired forestry professor who calls Minnesota his “home base,” began purchasing the land back in 1994 when a land development company listed it for sale as sites for new cabins. | JASON WHALEN/FAUNA CREATIVE

SCHROEDER—Atop Maine’s Mount Katahdin, Mike Freed found inspiration in the words of Percival Proctor Baxter, a visionary governor of that state. In the 1920s, Baxter purchased the land surrounding the mountain from a lumber company and donated it to the state for the creation of a park named in his honor: Baxter State Park.

A famous quote of Baxter’s was what inspired Freed: “Man is born to die. His works are short-lived. Buildings crumble, monuments decay, and wealth vanishes, but Katahdin in all its glory forever shall remain the mountain for all the people of Maine.”

In October, The Nature Conservancy announced that it acquired from Freed 2,110 acres north of the North Shore community of Schroeder comprising wild lakes, trout streams and large white pines and white spruce—all within the Superior National Forest. (Click here to view the map.)

The lands are located within a 30,000-acre block of largely intact forest in Cook County on the edge of the Boundary Waters and in the Temperance River watershed, which flows into Lake Superior. The properties, the only private inholdings in this part of Superior National Forest, are considered highly complex and resilient under TNC’s new Resilient and Connected Network mapping tool, which was created to help identify and connect areas to give native plants and wildlife the best chance to survive in the face of climate change.

Mike Freed, a retired forestry professor who calls Minnesota his “home base,” began purchasing back in 1994 when a land development company listed it for sale as sites for new cabins. The property is composed of 12 parcels encompassing 972 acres of wetlands, three miles of area streams, significant upland forest habitat and shoreline along a half dozen wild lakes. The land was previously owned by a paper company that once rafted logs at Sugarloaf Cove near Schroeder so they could be transported across Lake Superior to mills in Wisconsin.

Freed was particularly taken by its proximity to the Boundary Waters and its wild lakes. While the properties include shoreline on two accessible fishing lakes, Fourmile and Richey, they also include remote and pristine waters, such as Cedar Lake.

“Cedar Lake is remote and has no game fish,” Freed said. “It’s wonderful for scientific study because it hasn’t been manipulated—no one added fish to it.”

Lake ecology is of particular interest to Freed, because he studied aspects of lakes as a grad student. During his professional career, he worked on a research plan for Lake Baikal, the world’s largest lake by volume, to allow for economic development while maintaining water quality.

Freed sold the property to TNC for significantly less than the appraised value and said, “I grew up on wild lakes in Minnesota. These places are rapidly disappearing. My gift to the people of Minnesota is 2,000 acres of wild land that will remain in some kind of conservation ownership. This is the gift that the people of Minnesota deserve.”

Protecting and restoring forests in Minnesota is also one of the best natural climate solutions available in the state to help tackle climate change because forests remove a lot of carbon from the atmosphere. TNC will explore different alternatives for long-term conservation ownership and management of the property including holding onto select tracts to study and demonstrate how to best sustainably manage timber production in a changing climate.

Following the announcement of the acquisition and speaking with the media about it, Freed planned to head into the woods for some peace and quiet. 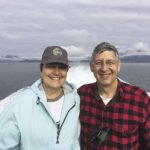 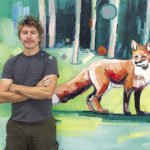