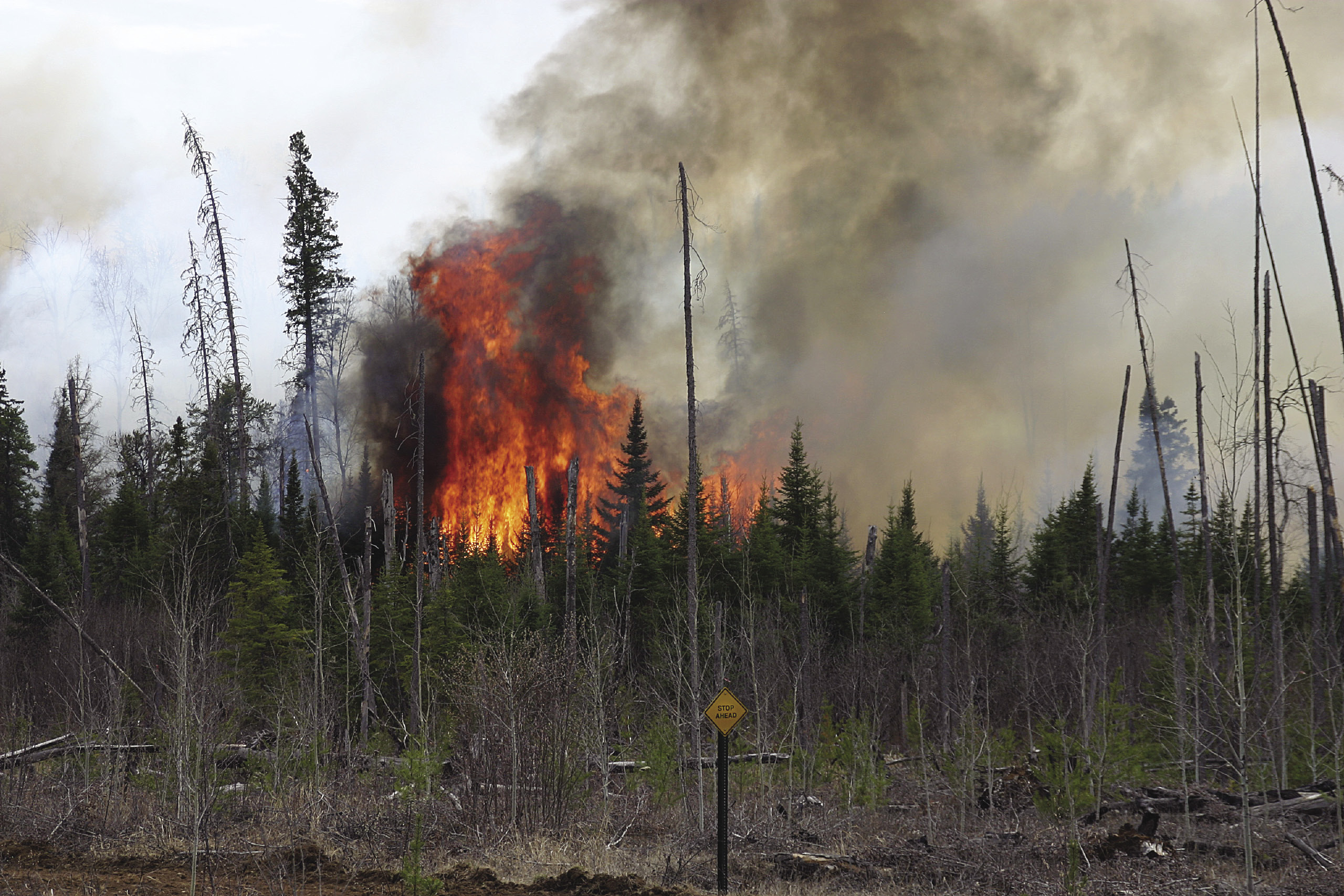 Gunflint Trail—At the beginning of May, it looked like the summer of 2007 was going to be wonderful. Northlanders enjoyed T-shirt weather and planned for early season camping. A few resort owners had concerns about fire danger after the nearly snowless winter; but for the most part people were enjoying the warm weather. That is until smoke from the Ham Lake wildfire was spotted on Saturday, May 5. Ten years later, the community is still haunted by how quickly things can change.

Calls reporting the wildfire came in to Cook County Law Enforcement a little before noon on the beautiful sunny day, from Mary Bade, a property owner on Gunflint Narrows Road and from Jessie Derscheid, then a driver for Como Oil and Propane.

Derscheid has vivid memories of that day. He had just completed a service call at Tuscarora Lodge and was visiting with lodge owner Andy Ahrendt. Derscheid recalls that they were talking about motorcycles. The men agreed motorcycles give riders a sense of freedom as they enjoy the fragrance of the forest, of trees and campfires. Derscheid remembers the wind shifting at that moment and both he and Ahrendt saying, “That’s not the smell of a campfire!”

First, the men saw a wisp of smoke, then a plume of fire. “I had my eyes on the fire when it crowned,” recalls Derscheid. “The flame went up into the sky, flickering up into the sky 3 times. Then it just became a fire ball. It was a bouncing ball of fire, rolling over the tree tops, setting them on fire.”

Derscheid, who was then a Hovland volunteer firefighter, grabbed his emergency radio as Ahrendt shouted, “Tell them it’s coming over Ham Lake!”

Over the radio, Derscheid heard dispatcher Doug Gale contacting the Minnesota DNR. He was also relieved to hear Bob Baker of the Gunflint Trail Volunteer Fire Department (GTVFD) responding, directing everyone to head to the Round Lake landing.

The DNR and U.S. Forest Service responded by land and air. Aerial reconnaissance pinpointed the fire coming from the northeast area of Ham Lake. The fire was being driven by strong southeast winds, gusting from 20- to 30-mph.

Because the winds were pushing the fire toward Tuscarora Lodge, it and nearby residences were evacuated. “We evacuated Tuscarora in a firestorm,” said Derscheid.

By morning, the fire had grown to approximately 8,000 acres. A mandatory evacuation was issued for residences northwest of the Cross River. For a brief time, those evacuees were stranded on the Gunflint Trail as the fire burned through below them. Yet another evacuation on May 9 followed, for residents in the North Gunflint Lake area.

Cook County Public Health staffers set up temporary housing at the Cook County Community Center. As word came in of historic homes and cabins burning in the path of the wildfire, the community came together to support displaced homeowners. Friends and neighbors opened spare bedrooms. Churches took turns providing meals.

People doing their every day jobs were impacted, such as the Gunflint Trail mail carrier at that time, Linda Bloomquist. She remembers her delivery route changing daily as the fire perimeter grew. Each day the post office checked to see how far mail could be taken.

Bloomquist especially remembers the day the fire jumped across Gunflint Lake. She recalls meeting multiple emergency vehicles speeding past her and the thick black smoke and thinking, “What am I getting myself into?”

Shortly after that, Bloomquist joined the Colvill Volunteer Fire Department, in part because of that experience. Her husband, Clark Bloomquist, was one of many local volunteer firefighters who left their jobs for days on end to work with U.S. Forest Service and DNR firefighters to combat the wildfire. The GTVFD was joined by the Grand Marais, Hovland, Lutsen and Maple Hill Volunteer Fire Departments, all focusing on protecting homes.

Despite the efforts of multiple fire departments, the DNR, and Forest Service, by the time the fire was considered contained on May 20, it had burned 75,851 acres in the U.S. and Canada; the largest fire in Minnesota since the early 1900s. Thirty-plus structures were destroyed.

Evacuated residents were finally able to return home on Tuesday, May 22, 2007. About 75 people gathered to watch Leanne Adams of the Seagull-Sag Home Owners Association and Shari Baker of the Gunflint Trail Association cut a bright orange ribbon to “re-open” the historic Gunflint Trail.

There was also a ceremonial tree planting, which a year later became the “Gunflint Green Up.” In 2008, 450 volunteers planted over 50,000 trees in the Superior National Forest. Seedlings were donated by the Iron Range Resources Nursery, Hedstrom Lumber Company, and the Quetico Superior Foundation.

Over the years, community members and Trail visitors continued to plant and tend to thousands of trees in the wake of the Ham Lake wildfire.

Also in 2008, the annual Ham Run Half Marathon was established to celebrate the revitalization of the Gunflint Trail after the wildfire.

Using the same communication and logistics they had in the Ham Lake wildfire, the GTVFD hosted the half marathon to rave reviews from runners and bystanders alike.

This year, the race and the surrounding celebration holds special meaning. It’s been 10 years since the devastating wildfire.

It’s time to look back, which the community is doing with a special exhibit at Chik-Wauk Museum and Nature Center. Working with the Gunflint Trail Scenic Byway Committee, GTVFD, U.S. Forest Service, WTIP Community Radio and Good Measure Media, the museum is gathering photos, videos and oral history memories of the Ham Lake wildfire.

There will be A Celebration of Community: Remembering the Ham Lake Fire 2007 on Saturday, May 6 at the Seagull Lake Community Center (Fire Hall No. 3). The GTVFD and the Gunflint Trail Historical Society are sponsoring the gathering from 3-6 p.m. A social hour is planned at 3 p.m. with food and refreshments at 4 p.m. A Commemoration Program will be held at 5 p.m. All are invited to come visit with friends, neighbors and volunteers to share stories and memories of the Ham Lake wildfire—as well as the strength and resilience of the Gunflint Trail community. 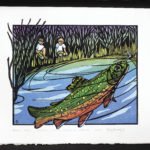