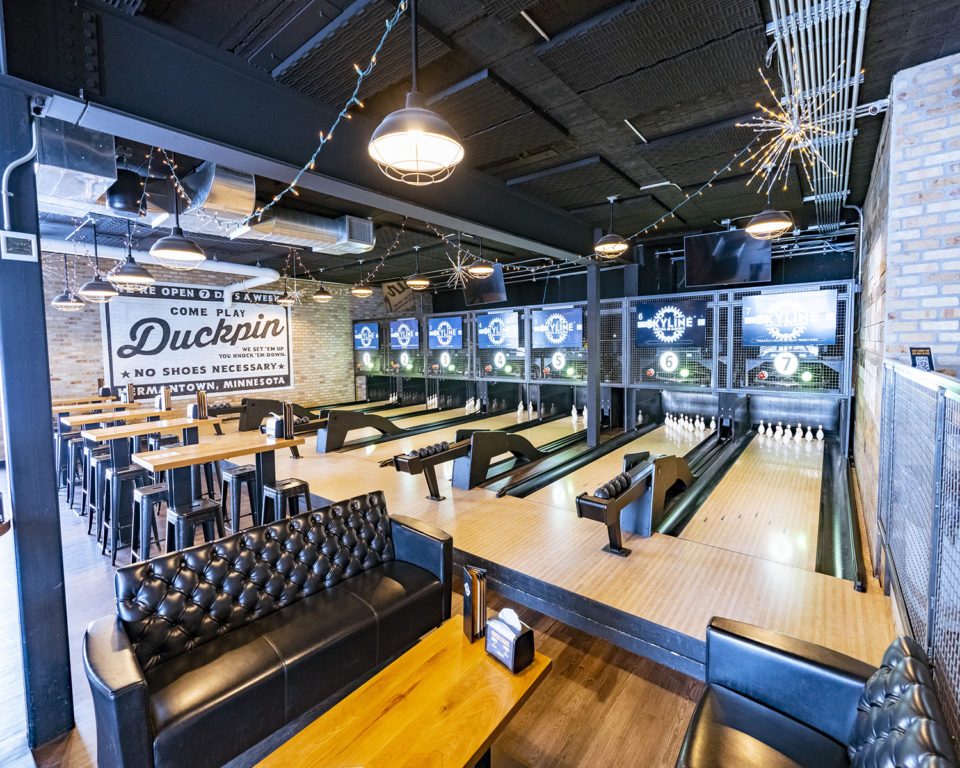 There is a lot to love about spending time outdoors in the winter—a lot of ways to find joy in the 100 inches of snow that the North Shore typically gets each year. However, sometimes, when it’s cold and dark and strapping on a pair of cross-country skis sounds more like a chore than a pastime, it can be nice to find fun indoors, like at your local bowling alley.

In the Twin Ports area, Skyline Social and Games has been in the business of entertaining Duluthians since the mid-1950s.

Located up the hill from downtown Duluth and just south of the airport, Skyline is home to 22 lanes of bowling, seven lanes of “duckpin,” an updated arcade that offers a virtual reality experience called “Hologate,” a restaurant and bar that serves lanes as well as tables, and numerous leagues in everything from duckpin to cribbage. They even host outdoor Volleyball leagues in the summer and fall when their courts aren’t covered in snow.

“I think the fact that we’ve been around since 1956 is kind of crazy,” says Megan Bell, marketing manager at Skyline. “We’ve been around a long time, and in that time, as you can imagine, there have been a lot of changes, a lot of iterations of Skyline.”

Bell has been with Skyline since 2019, and during her four years as marketing manager she saw the company undergo a major, multi-million-dollar remodel to improve the space and “really work with everyone who wants to come to Skyline and have fun.”

“With the remodel,” says Bell, “we realized that while kids will be happy to bowl anywhere, adults tend to value the atmosphere and socializing component of bowling as much as the game itself.”

“So,” continues Bell, “we ‘refreshed’ our bowling during the remodel, in terms of look and feel, and went with a more industrial concept. We actually decreased the number of lanes from 24 to 22, but expanded the arcade and added seven lanes of duckpin.”

Duckpin, for those who don’t know, is essentially miniature bowling. The lanes are shorter, the pins are small and on strings, bowlers get three chances per frame instead of two, and the ball doesn’t have holes and is the approximate size of a bocce ball.

According to Bell, duckpin has been a huge hit since the remodel and reservations are strongly recommended.

“We get some creative duckpin team names in the leagues,” says Bell, “and it’s really great to see all of the different types of people participating each week.”

There is always a lot going on at Skyline Social and Games, and the best way to stay up to date on leagues, events, and everything else that they do is by checking out their website.

Further up the North Shore in Silver Bay, Silver Bowl is another bowling alley that has been in operation since the 1950s.

“My wife and I bought the alley in June of 2014,” says Logan Fischer,” and replaced all of the pinsetters, and remodeled the interior over that summer. Today, we have eight lanes and plenty of room for birthday parties and company get-togethers.”

Silver Bowl is a traditional bowling alley, with an aesthetic that lends itself wonderfully to the community that it serves. The Fischers are passionate about the game of bowling and work hard to bring it to as many people within the community as they can.

According to Fischer, there are currently five bowling leagues running out of Silver Bowl—three adult and two junior. When there is enough interest locally, Silver Bowl will also host a high school team that travels around the state competing with teams from different lanes.

“Leagues have been running at Silver Bowl, from what I have understood, since the alley was built in 1955,” says Fischer. “Each league meets once a week and all our current leagues are handicapped, which helps level the playing field for all types of bowlers.”

Silver Bowl is open the first weekend of October through May 1 each year, closing during the summer for family vacations and because, according to Fischer, “people in the area prefer to be outside when it’s warm.”

Silver Bowl’s typical hours in the winter are 4 p.m.-close (closing time varies, call if it is after 7:30 p.m.) Wednesday-Saturday, and open by appointment Sunday-Tuesday. They recommend calling ahead (218-226-4479) or sending a message on Facebook for accurate hours, to make appointments, and book the space for events.

Across the border in Thunder Bay, there are also a number of great options to escape the winter cold for some bowling.

Mario’s Bowl is right in the heart of downtown Thunder Bay. It is a modern bowling alley and full restaurant with all sorts of fun leagues in both 10-pin and five-pin bowling. Further information can be found on their website at: mariosbowl.com.

A little further out of town, Galaxy Lanes is another great Thunder Bay bowling alley and restaurant, with galactic “Glow and Bowl” bowling every Friday and Saturday 7 p.m.–1 a.m. Find more online at: galaxylanes.ca. 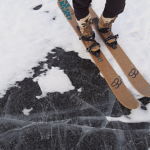 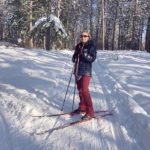