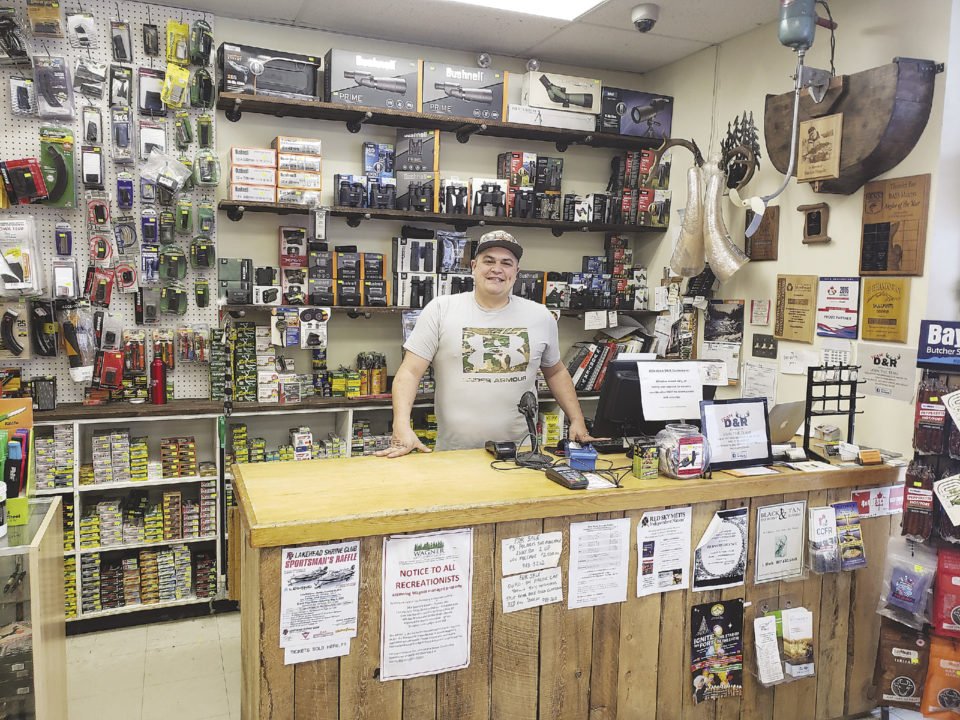 Adrian Hagar behind the till at D and R Sporting Goods in Thunder Bay. | GORD ELLIS

If you have ever walked into D and R Sporting Goods, in Thunder Bay, the odds are you have seen or even chatted with Adrian Hagar. He has been a fixture at the store for two decades and is quick with a smile and hello. Adrian is also the type of person who is always willing to help a customer and provide solid advice. I recently stopped by the store at a time when deer hunters were crowding the aisles. Yet he took the time to have a chat with me about D and R and his role in making it the massive retailing success it is today.

Q: How did you start with D and R?

AH: I’d always had a passion for the outdoors… fishing and hunting. My stepfather really got me into the outdoors. He happened to know Dan Daciw, who was the manager (of D and R Sporting Goods) at the time. So he called and arranged a co-op for me, thank God. During my last year in high school, I started the co-op here. That was Feb. 4, 2000. I finished that off and then started working part time in the summer. Then after summer ended, I started working full time here. And I’m still here.

Q: How did you end upas owner of the business?

AH: About a year or two into working here full time, I started to do all the advertising and marketing. That followed two or three years later with becoming general manager. Stayed in that position for three or four years. Right at that point, me and the existing owner were talking about a partnership and we entered into an agreement. Then, about seven years ago, I purchased the business.

Q: You knew some things about the outdoors before you began working here. But what didn’t you know?

AH: Lots I didn’t know! (laughs). You’ve just gotta be a sponge and collect everything. I knew the basics about walleye fishing and live bait. I did not know much about firearms or archery or anything like that. So everything was a learning process. I just tried to get into as many aspects of the outdoors as I could. So 12 years ago I started shooting a bow. Learned how to fix them. Same with rifle hunting and other kinds of fishing.

Q: The store has expanded a lot. How did that come about?

AH: When I bought the store we were kind of at a standstill. The place was jammed with stuff. There was some outdated inventory. Our displays and set up in the store were a bit of a mess. So moving forward, we took a bit of space from our next door neighbours in our building and we expanded about 3,600 square feet. That was about five years ago. We made it a nice, big, warm place to shop.

Q: Are you satisfied with the store as it is now, or do you still want to make changes?

AH: I’m always trying to bring the newest and best product to Thunder Bay. Everything is at your fingertips now, but guys want to touch, feel and try stuff and to see it in person. I do a lot of consumer trade shows. So I get to see what’s new on the market before it comes out. And I’m just so into it I just want to see people in town buy the best stuff at the right price.

Q: Do you still get time to fish and hunt?

Q: What are the changes you have seen in the business since when you started and now?

AH: People want the newest, greatest thing, so turning over your old stock is very important. In 2000, the Internet was just starting, so there was not much online shopping. Just to show you how much things have changed…we did run a catalogue business. Now with the online world, people can get stuff so quick you just have to make sure you keep your stock up to date and service those same people.

Q: Where do your customers come from? Is it more than Thunder Bay?

AH: Thunder Bay is unique in that we have quite a few surrounding communities. We do have our regulars that we see multiple times a week. And different customers that are seasonal. For instance, steelhead anglers who we see in the spring. But we also have people from northern communities. We have people I know by name from Fort Frances, Timmins. During the deer hunt, we get hunters from Dubreuilville and Hearst. Before the moose hunting season we get hunters from southern Ontario coming in. So, it’s really nice to see a different group of people coming through the store. Summer time you see a lot of anglers from the U.S., and a lot of bear hunters. And we’ve seen a lot of celebrities. Ted Nugent has been in and I sold him hunting licenses. Bob Izumi (of Real Fishing television) told me D and R Sporting Goods was his favourite fishing store in Canada. So that was pretty humbling. 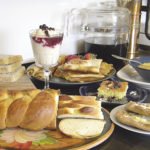 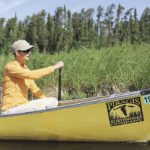