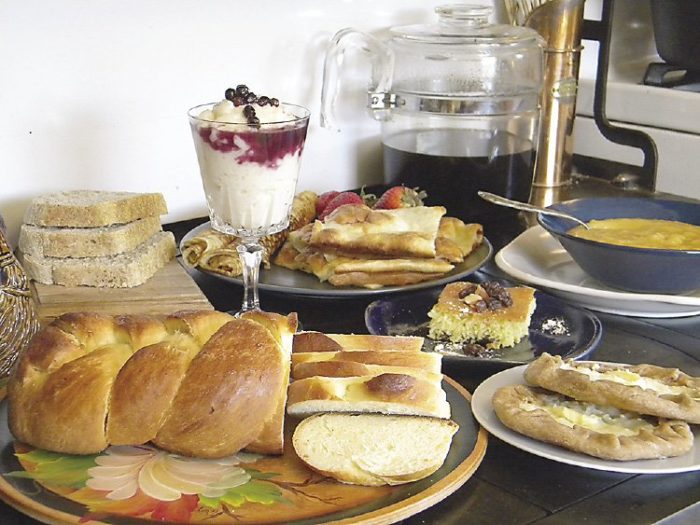 Many Finnish immigrants settled in northern Minnesota and Northwestern Ontario. The landscape is just like their lands at home: forest, water and snow. So it was easy for the newcomers and their descendants to continue to celebrate the Christmas season in their traditional ways. Many of the customs that traveled with the immigrants are a blend of pagan, Christian and secular convention. Even within my own family, a diversity in beliefs may seem too far apart to find common ground. But, just like Finland, my family Christmases have evolved to become a collage of traditions that connect us all with close family, good food and the love of nature.

As in Finland, Christmas Eve is a big event for our family. Every year, someone different hosts the party at their home. It often works out that when the most people are able to attend—up to 50—it’s held at the smallest house, but somehow there is lots of room for us all. With such a large family, gift giving became problematic. One year, a nephew received multiple sets of Legos, so the family decided to simplify the system. The adults now pool money together to get one large gift for each child and the adults each bring one gift for a gift exchange game. Homemade and sentimental gifts are most coveted. Then, either a Christmas Elf or Santa Claus—Joulupukki—distributes the gifts.

Joulupukki translated literally means “Christmas Goat.” Goat? You ask. Let me explain. There was an old rural tradition in Finland where young men wearing furs and masks with horns playfully frightened the communities and collected food and beer in the days after Christmas. (Something like our modern-day Halloween tradition.) The melding of the legend of St. Nicholas, who gave gifts, and the young men in goat-like costumes gave rise to the term Joulupukki.

But before we begin any gift giving, we eat. And eat. The host will make the usual turkey and mashed potatoes and the rest of us add to the buffet. Finnish recipes have been handed down through four generations to make turnip casserole; pulla, a Finnish coffee bread; and baked ham, which has been traditionally served since pagan times. The early immigrants brought a mixture of Finnish regional foods that have graced the table, such as Karjalanpiirakat from the eastern part of Finland, and hardtack, a thin, hard, long-lasting bread from the west. From the north, deer and moose have substituted for reindeer. Suolakala (salt fish) and lutfisk came from the coastal areas and berries from the forest. For dessert, rice pudding, cakes and pies, made from hand-picked wild berries, are served with coffee.

As everyone in the north knows, with Christmas comes the dark and the cold. Such is the nature of winter. Pre-Christian Nordic countries noted December 13 of the Julian calendar (December 21 of the modern Gregorian calendar) as the longest night of the year. That night was believed to be the night when supernatural beings such as trolls, gnomes and spirits walked the earth; and animals could speak to each other. One should not be out in the dark without a light, so people lit large bon fires to scare off the supernatural beings and to encourage the return of the sun.

When Christian beliefs began to spread throughout the Norse lands, the story of St. Lucia was shared. St. Lucia, a girl from Italy in the 300s A.D., became a martyr for bringing food to early Christians who were held captive for their beliefs. She wore a wreath with candles on her head for light and to free her hands to carry food for the Christians. St. Lucia was celebrated with light. These two ideas came together as a celebration of light. St. Lucia Day was mostly celebrated by Swedish and Swedish-speaking Finns, but has become popular throughout Finland and subsequently made its mark across the ocean.

Another Finnish tradition, in regards to light, is the lighting of candles at grave sites to honour and remember ancestors. This tradition was fading out from subsequent generations of immigrants, but has been rekindled along with the celebration of light.

After the family is finished feasting and engaging in the festivities, everyone goes home and participates in one last tradition of the evening: one gift can be opened from under the tree, the rest to be anxiously awaited until Christmas morning.

Christmas Day and Boxing Day are celebrated with more family, more food, and some time to spend outside. I love winter. As an artist, I’m inspired by the sparkling ice crystals in the air on an early sunlit morning and the long shadows from a full moon on a snowy landscape. I usually go for a ski or snowshoe on handmade gear from Christmases past, or take little ones for a sled ride, skating, or simply a walk in the fresh air. Even inside, I’m surrounded by nature through homemade and nature-based gifts and décor. Handmade gifts are a staple in my house-held family, everything from an antler handle pizza cutter to hats and boots from skinned and tanned furs, a whittled chess set, bowls from the burl of a tree, and a hand-painted and stitched quilt. To accent gift wrapping and to add nature to the décor, my favourite nature item is birch bark, which is also widely used in Finland. It can be painted or cut to shape to make name tags and cards. I’ve even used birch bark to make napkin holders and to make a lantern for the kitchen table.

Even though Christmas Day is the celebratory day in North America, Christmas Eve has always been the prominent day celebrated by the Finns. It was first celebrated for the return of the dead, the return of the sun, and the end of the crop year by the pre-Christians. Then, the day also recognized the birth of Christ and then the Declaration of Christmas Peace, which begins at midnight on the 24th of December and lasts for 20 days.

In writing this article, I learned a lot about the origins of the Finnish traditions that my family has practiced over the years. I’ve also learned some new things. I’d never heard of the Declaration of Christmas Peace before. I think I will encourage my family to start a new tradition from old with our own declaration of Christmas Peace, one that lasts the whole year and to be renewed again every Christmas Eve. 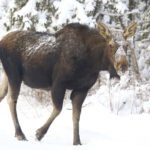 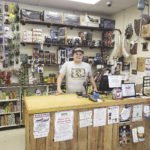