Do trees communicate with each other, socialize and help each other survive? Apparently so, according to a growing number of international scientists, members of the Society of Plant Signaling and Behavior, who are meeting in Vancouver this summer to talk about the newly focused field of plant neurobiology.

“Plants accurately compute input from the environment, use sophisticated cost-benefit analysis and take action to mitigate diverse environmental insults,’’ reads a statement on the Society’s website. “Plants are capable of refined recognition of self and non-self, and are territorial in behaviour.” The site describes plants as ‘’information-processing organisms, with complex long-distance communications systems within the plant and extending beyond.”

And according to biologist Susan A. Dudley, McMaster University, in a New York Times article dated Dec. 21, 2009, ‘’Plants have a secret social life.”

Reading the words reminded me of the interview I did years ago with a woman who grew up in the frontier railway town of Nakina in Northwestern Ontario. As a young girl, each day she walked two miles to and from school on a gravel country road with only trees for company. She talked with the trees; they were her friends. She said she never felt afraid because she knew the trees were protecting her.

The mysterious life of trees piqued my interest again recently after reading the book, Tree: A Life Story, by David Suzuki and Wayne Grady. By chance, around the same time, a friend gave me a package of papers he thought I’d be interested in — coincidentally it was about trees, specifically the magnificent 325-year old white pines at the Greenwood Lake Conservation Reserve, one of the last old growth forests left in North America.

An ‘’old growth forest’’ is defined as forest ecosystem dominated by old trees. White pine old growth forests used to cover vast wilderness areas in northeastern U.S., Ontario and eastern Canada, but little remains of them now. The trees, valued for their large size, density of grain and straightness, were harvested to make masts for sailing ships, and to build the towns and cities in eastern Canada, mid-United States and the Great Lake States.

Greenwood Forest is located about two hours west of the city of Thunder Bay and about an hour southeast of Atikokan. Quetico Provincial Park is about 16 km (10 mi) west of the area, and the Boundary Waters Canoe area in Minnesota about 25 km (15 mi) to the south. The forest reserve covers 811 ha (2,004 acres) on Crown Land that was formally designated as a Conservation Reserve in 1995; no mining or harvesting can take place on the site.

At the southern end of the reserve, the dominant white pine are at least 275-325 years old, reach more than 150 feet in height and are 3-4 feet in diameter. Old growth white pine commonly live for 200 years and can reach a maximum of about 450 years.

Visiting an old growth forest is a surreal experience. It is awe-inspiring walking under a cathedral-like canopy of towering old trees. When years ago I was at Vancouver Island’s Cathedral Grove of ancient Douglas-firs, it felt like I was in the presence of wisdom, though I couldn’t explain why.

Back more than 100 years ago, Russian geographer Georgy Fredorovich Morozov (1867-1919) proposed that ‘’a forest is not simply an accumulation of trees, but is itself a society, a community of trees that mutually influence each other.”

Similarly, author Wayne Grady writes in Tree: A Life Story, “Trees are communal…They have relationships and even communicate with other trees within their stands, including trees of their own kind as well as those of other species; they function for the benefit of the whole in sometimes startling ways; and they enter into mutualistic partnerships with other species – even other species so distantly related they belong to different orders.”

In the meantime, volunteer-built hiking trails at Greenwood make it accessible for people to visit this community of long-lived tall white pines numbering more than 10,000 that has been around for hundreds of years.

How To Get There

The Greenwood Lake forest reserve is located about two hours west of Thunder Bay, and about one hour southeast of Atikokan. Quetico Provincial Park is about 16 km (10 miles) west of the area, and the Boundary Waters Canoe area in Minnesota is about 24 km (15 miles) to the south. From Highway 11 turn south onto highway 802 just west of Kashabowie and follow signs on gravel roads for 42 km (26 miles). 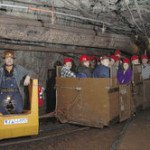 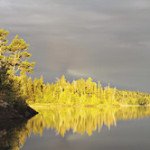