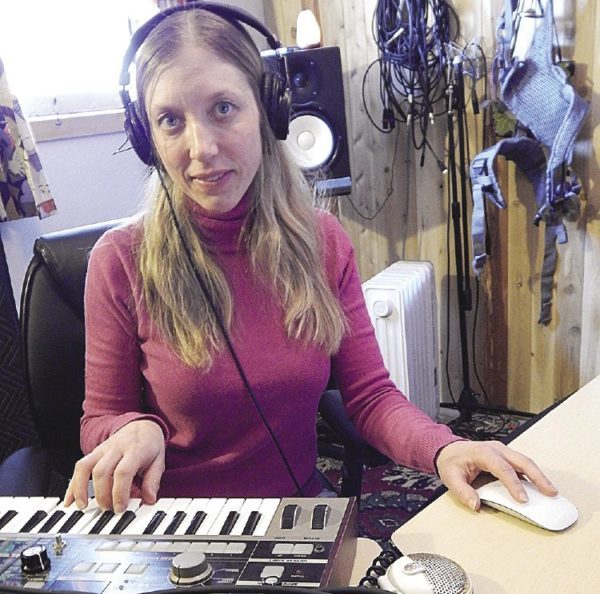 THUNDER BAY—In an open field several kilometres from the city, a film crew made up of director, camera person, assistant, several actors, and the sound recorders sit on the autumn-browned stubble, listening.

After close to 10 minutes, one of the sound people switches off their equipment, pipes up, “That’s good!” And the crew gets up, and begins packing away the gear to head back to the city. The sound people had switched on the recorder to take in the ambient, or environmental sound of the field area. This sound will be tweaked and mixed with whatever music, sound effects and dialogue comprise the audio of the scene. Lakehead-born Zoe Gordon is just such a sound recorder, and not only for films.

“There are all kinds of sound art,” she says from her north side studio, “like installations, sound art coupled with video, podcasts, story telling. I do many different things with sound myself—my practice is based on listening, both professionally and personally.”

Professionally, Gordon’s work underscores a variety of films, most notably those made by Thunder Bay Indigenous film maker Michelle Derosier. In fact, one of Derosier’s films, The Grandfather Drum, presented Gordon with what could be called a good problem to have.

“I had created the sound design for The Grandfather Drum, but when it got into Sundance film festival, the sound needed to be 5.1 Theater Mix,” she says. “In a cinema, there are 6 speakers: one behind the screen, two beside the screen, two at the back, and a big sub-woofer on the ground at the front. This is way beyond home stereo, and the film audio has to sound good through all that.”

Fortunately, City Center Cinema allowed Gordon to test her mix in one of their auditoriums, and it passed with flying colours.

Gordon wanted to be an artist, but her inclination to work in sound came from a chance encounter with the work of Austrian-born Vancouverite Hildegard Westerkamp. It was at the Emily Carr University of Art and Design, that the young student was inspired to seek Westerkamp out and learn from her.

“I went to an art gallery and sat and just listened,” Gordon says. “Her work still influences me.”

Though Gordon has since returned to the Lakehead to practice her art, she has had to teach herself many of the techniques and use of the equipment involved, owing in part to Thunder Bay area’s relative geographical isolation.

“There aren’t many people here doing what I am doing. I am not a music producer as such. I have so much to learn,” she says, “but being in Thunder Bay gives me the work/life balance I want. I work hard when I work, but can take time off as I need. In a big city, the work would swallow you up.”

If there is one aspect that seems crucial to her work, it is that of listening.

“I have led a couple of sound walks, where you stop and listen to what is around you,” she says. “I try to listen, use my ears to problem-solve. And I practice listening to take that into the studio. That is the basis for what I do, what has helped me shape my profession as recordist.”

“I feel passionate about listening to people’s stories,” Gordon continues, “those stories that haven’t necessarily been heard, stories that need to be heard.”

As of this writing, Gordon was involved in doing sound recording for a film about a woman whose is struggling with opiod addiction, due for release this summer. Last year, she provided the soundscape for the CNIB event, “When I am Dreaming, I am Not Blind.”

“Whichever work I do, I try to help tell the story,” she says.

Help to tell a given story means that Gordon has to go where the sound is being generated, indoors and out.

“On location, I carry a recorder strapped to me in a harness, a mike on a boom and a Lavalier mike,” she says, referring to a small hands-free microphone that is often clipped to the collar of a garment worn by the subject of a scene. “For environmental recording, it’s a whole different setup.”

In her basement studio, half surrounded by an impressive array of equipment, Gordon reflects: “I listen, to try to understand how we all listen, in the personal sense, the political sense, how we perceive the world around us.” 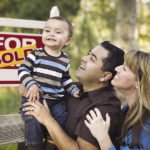 A sizzling summer for real estate 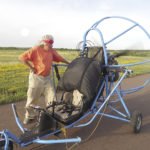 That Hovland man and his flying machine