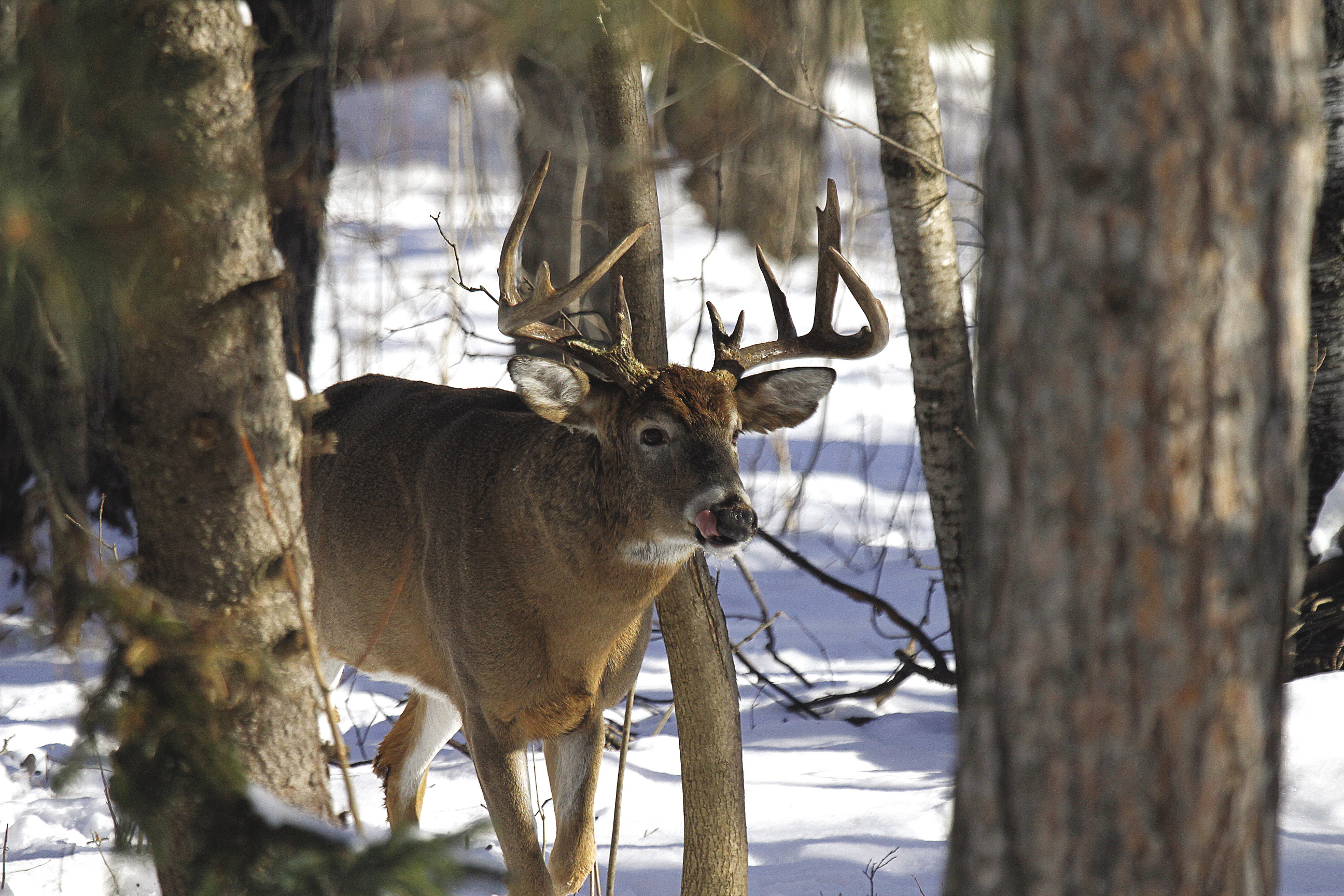 When a whitetail buck steps into view in the deep woods, you have only a few seconds to aim and take a shot before he disappears into the trees. |Michael Furtman

A sound changes everything. It might be a branch breaking, crunching leaves or a couple of hesitant footsteps. The moment you hear it, you know a deer is approaching. Time stops. Suddenly your world is wholly in the moment.

Just because you can hear a deer doesn’t mean that you will see it. In the North Shore’s dense boreal forests, your range of vision may be as little as a few feet or, occasionally, as much as 50 yards. If you think about it, the odds of coinciding with an unsuspecting deer in thick cover are very low. But I never let low odds bother me.

Every November, I spend as many days as possible during northeastern Minnesota’s 16-day firearm deer season sneaking through the woods, trying to cross paths with a whitetail. Mind you, I’m not looking for just any deer. My preference is an antlered buck, not a trophy, but something more substantial than a youngster sporting his first set of spike antlers. Lest you think that’s snobbery, I’ve no compunction about killing a doe for meat in years when deer are abundant. Currently, the northern herd is still recovering from a pair of severe winters two and three years ago, so a limited number of antlerless permits are available via lottery.

That’s ok, because I really don’t think about does when I’m hunting, anyway. My approach to deer hunting is pretty simple: all I need to see is one buck. When that occurs is impossible to predict. It may happen opening morning, on the final hour of the last day or just about any time in between. All I really know is that it will happen if I spend enough time in the woods.

My father used to say that you spend days hunting deer for a few seconds of action. This is particularly true in the north woods where a buck may pop into sight for just a moment before it disappears again. Within that moment, you must identify the animal as a buck (meaning you must see antlers), have a clear view of its vitals, and then aim and take the shot. There is no time for hesitation or room for error.

Some hunters try to manipulate their surroundings to extend the moment and thus better their odds of killing the deer. They sit in tree stands or ground blinds and ambush the deer as it approaches. They may cut brush to create shooting lanes radiating out from their position to better see the deer. Some use scents ranging from doe pee to apple flavor to attract deer to their position. On private land, some go as far as planting food plots—a legal form of baiting—to lure deer into shooting range. Actual baiting–dumping piles of corn, pumpkins or other foods at your hunting spot—is very much against the law in Minnesota.

It’s been years since I climbed into a tree stand. And I’ll be darned if I’m going to anoint myself with doe pee or another scent. My only concession to attractants is to carry two deer calls: one makes a bleating sound and the other makes a grunting noise like a buck seeking a mate. At times, using a call may convince an unseen deer to come closer to you. Often, though, they pause and refuse to come closer when they are just beyond your view.

Mostly, I hunt the old-fashioned way: on foot, sneaking through the woods until I cross paths with a buck. In this game, the odds are very much in favor of the deer. I like it that way. If I was hungry for an easy meal, the grocery store is always at hand. Instead, I hunger for the experience of the hunt and the opportunity to step deep inside the natural world. A North Shore whitetail buck has survived harsh winters, encounters with wolves and all manner of natural calamities. The animal is so wary and reclusive that it likely has been seen by few, if any, humans unless it frequents a winter feeding station in someone’s back yard. Even then, the buck knows the wolf is just beyond the edge of the yard. In contrast, a human hunter is a predator that is fairly easy for a deer to avoid.

You might say using a scope-sighted rifle is somehow unfair, that to truly hunt a buck I should use a bow and arrow. Maybe so, but killing one with a rifle is far from easy. You have to stay downwind so the buck can’t smell you, take silent footsteps so he can’t hear you and move very slowly so he doesn’t see you. Even if you do everything right, the buck may sense something is amiss and either bound off or simply walk away. Wariness is a survival instinct. Curiosity is not.

When you hunt in this manner, the buck nearly always gets away. Often you hear no more than a loud snort and ever more distant crashes in the woods as the unseen buck bounds away. Sometimes you’ll see a flash of its white tail. Even more frustrating is when you get a good look at the buck as it passes through a narrow opening in the trees but don’t have a chance to take a shot.

When any of the above occurs, you just keep hunting, still looking for that one deer. Sooner or later, your paths will coincide. Maybe you’ll hear it coming and have a moment to get ready and perhaps conceal your human profile. Maybe it will just suddenly, magically appear. Either way, time will stop and it will be up to you to make the most of the moment.

Good luck out there. 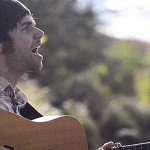 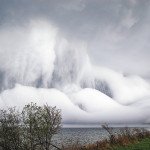