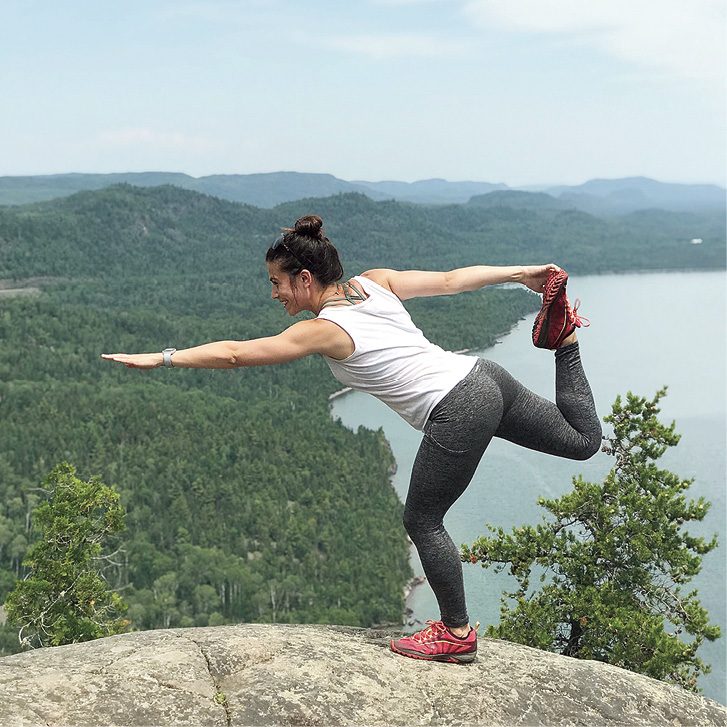 Yoga is a practice that is truly open to everyone: there are no strength or flexibility requirements to practice yoga and any practice can be adapted to each individual’s ability levels. | CARLY PUCH

Like many people who are interested in trying yoga, Carly Puch, a Cook County resident and yoga instructor, was first drawn to the practice for the physical exercise. Puch started practicing yoga with a DVD by instructor Rodney Yee, but as she continued in her practice, she came to realize that yoga isn’t just a physical practice: it’s a practice for the whole self, mind and body.

“During the last year of my undergraduate degree, I got to take a yoga class as a part of my curriculum and realized it was the first time I had allowed myself to relax in maybe forever,” Puch said. “Being led live by an instructor was amazing. I had no clue what most of what she said meant, I was out of my element, but it became a practice I never stopped.”

It’s a common misperception in the west that yoga is a series of poses. While the poses are certainly part of yoga, the practice runs much deeper. Yoga has ancient roots, having originated in northern India over 5,000 years ago. The physical practice that we call “yoga” today is actually just one of eight limbs of yoga.

Susan Polege, business manager at Yoga North in Duluth said, “The typical idea that people have of yoga is based on asanas, which means poses. But yoga in general is much, much more than that. It includes ethical teachings, it includes meditation, it includes types of sensory deprivation that help you focus inward. And the purpose of the asanas is to help your body feel comfortable so you can allow your mind to focus inward. It’s a means to the end.”

Within the world of yoga are different variations of the practice, such as Hatha yoga, Vinyasa yoga, and Yin yoga. Yoga North teaches SomaYoga, a methodology developed by owners Ann Maxwell and Molly McManus. SomaYoga combines practices from somatics, therapeutic yoga, and classic asana.

“There is this idea in SomaYoga that you don’t push yourself to 100 percent, but you do what your body can do today, and you are able to do more if you respect your boundaries and allow yourself to stretch a little bit more each day,” Polege said. “We start each session with somatics, which includes internally focusing and is more of a slower and subtle practice. It’s been a favorite new addition to my life and I get more authentic poses, whereas in the past I would just muscle through my yoga practice and I wasn’t getting the actual benefits from it.”

No matter which type of yoga you choose, developing a consistent practice can lead to many benefits. Many yogis report experiencing decreased stress, increased strength and flexibility, and a greater mind-body connection.

Puch said, “It’s also helped to further connect me to other people in my life by making me pause and think about the role I play in relationships. It’s helped me learn my limits and how to set better boundaries. Anything that happens on the mat always ends up being a lesson for something off the mat and in the world.”

One point that both Polege and Puch emphasized is that yoga is a practice that is truly open to everyone: there are no strength or flexibility requirements to practice yoga, and any practice can be adapted to each individual’s ability levels. Although Western media and marketing perpetuates an idea that yoga is for thin, white, able-bodied women, in reality yoga is for people of all ages, body types and genders.

“Yoga is for every body: everybody can benefit from it. You take into account the things that you can do and the things you can’t do,” Polege said. “Some of our teachers teach people who are in wheelchairs or have Parkinson’s—whatever adaptations you’re dealing with, we can work with that. It’s not going to look like an Instagram picture, but it feels great in that person’s body, which is what yoga really is.”

Puch has recently been teaching yoga in Cook County’s schools through grants from the Arrowhead Area Agency on Aging and the North Shore Collaborative. The experience, she said, has been more rewarding than she could have imagined.

“Young people are so receptive and open to learning new things,” Puch said. “The insight they shared about feelings of anxiousness and mental health was inspiring. Especially given the last few years, we know students need as much support as they can get. Sharing the practice of yoga with kids can help their resilience, coping skills, mental health and more.”

Puch said that her advice to beginners would be to just start. Each session is a practice and there’s no end goal you need to be striving for.

“Whatever knowledge you have of yoga is the perfect amount to start now,” says Puch. 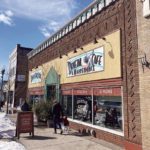