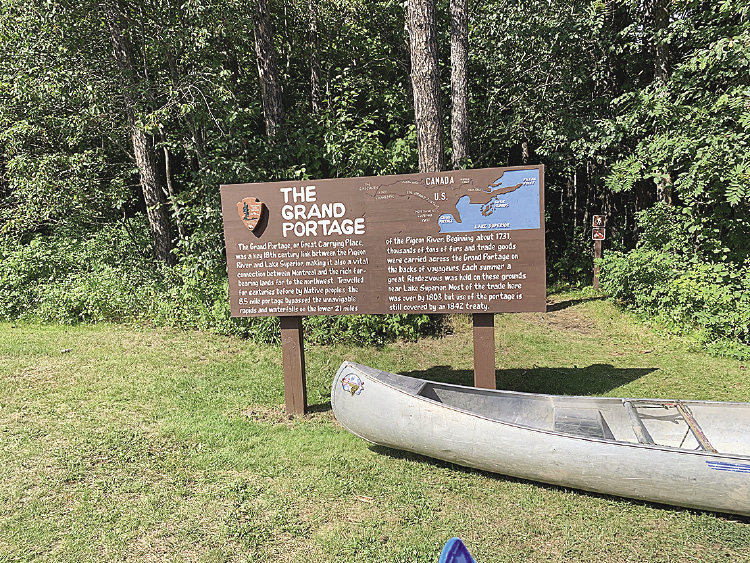 Being a teen ranger was my first job. I packed up my things after freshman year of high school and moved in with my grandmother on the Grand Portage Indian Reservation. Grand Portage was definitely different than living in a suburb of Minneapolis; not as many people, but more sense of belonging. Everyone welcomed and cared for me.

The first summer on the job was full of learning new things that I never expected to learn, like how to finger weave or cook an entire chicken over a fire. My favorite place to work was the kitchen. I got to cook over a fire the entire day using cast iron tools. I had to wear my historical clothing all of the time, which can get hot when by a fire and carrying around cast iron tools all day, because it is made from wool.

An important part of my job was telling visitors about the history of Grand Portage, mainly centering around the late 1700s. Even though I didn’t know what to do at times or how to answer a visitor’s question, I was blissfully in love with my job. Every day at work made me try something completely new that I never would have tried on my own, but once I did it, I was glad.

With the COVID-19 pandemic, this past summer was definitely different than my first. I could not connect with visitors as much because I could not go inside of buildings with them, and we had to wear masks and stand six feet apart. Even though I could not teach people about the fur trade as much, I did have more memorable experiences. I learned how to do beadwork, learned a couple of phrases in Ojibwe, created a 1790s cooking video, did some forestry, attempted to start a fire using flint and steel, saw lots of wild animals, and swam in freezing Lake Superior too many times to count.

Another thing that I did this past summer was hike the entire Grand Portage by myself. The Grand Portage is an eight-and-a-half-mile hike to Fort Charlotte. It is such an important trail in the 1700s and 1800s because it was used to avoid the High Falls, a death warrant for any voyageur who wants to take his canoe over the waterfall. The path goes in between the hills, so there is less elevation change, which makes it better for those voyageurs carrying two 90-pound packs of furs or goods on their back.

Fortunately, I did not have to carry a single 90-pound load across the Grand Portage. All I had with me was a backpack with some food, water, and lots of bug spray. While I was hiking, I saw some moose tracks and absolutely no people. It was just me, myself, and I for 17 miles. On the way back from Fort Charlotte it began to rain and I got soaked. But even though I was drenched by the end of the hike, it was still my favorite part of the summer.—Sofia Vanderlan

Sofia Vanderlan does not represent the National Park Service. 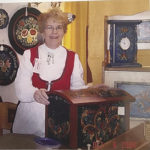 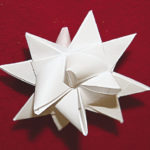