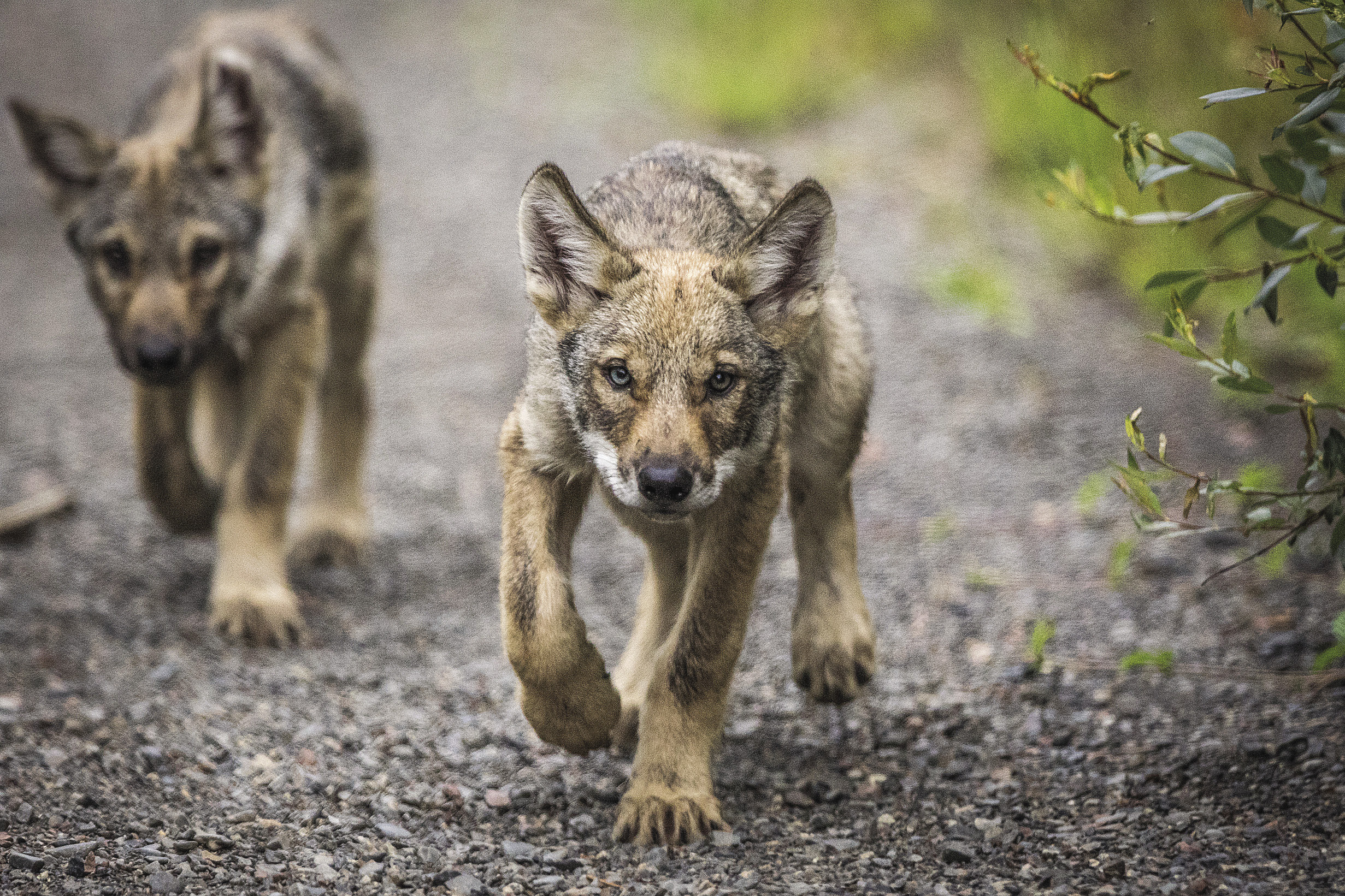 Photographers find that some wolf pups are bold and inquisitive. | NACE HAGEMANN

Stop at nearly any local eatery and you’ll see photographs of moose or bear, on canvas or on metal prints. Area art gallery walls are filled with photos of otters, owls, grouse, geese and more. We’re blessed in the Northern Wilds to have so many talented nature photographers.

But even the most skilled shutterbugs sometimes have a hard time finding wildlife and capturing images on camera. Among the hardest-to-find animals is the wolf.

But there are photographers who have managed to get excellent photos of the elusive animals. How do they do it?

Grand Marais photographer David Johnson said Canada lynx are actually the hardest northland creature to catch on camera, but he said wolves are a close second.

Johnson employs a variety of methods to get wolf photos. He said he has learned where wolf packs are located and he just keeps visiting those sites. He hides in the tree line or dons camouflage and waits for the perfect moment.

He has also staked out road kill, which brings out a lot of wildlife.

“Road kill is hit or miss though,” said Johnson. “Some wolves don’t mind getting their picture taken, others are kind of spooked.”

One of his favorite photos is of two wolves running away from the camera, one with a large deer leg in its jaws.

“That was exciting,” he recalls.

Both Johnson and Gunflint Trail camera-man Nace Hagemann spend a lot of time on backroads, looking for wildlife. Hagemann said he doesn’t plan for wolf sightings, but by virtue of his job as a carpenter on the Gunflint Trail, he drives through areas abundant with wildlife.

His best tip? Get off the heavily traveled Gunflint Trail and onto the backroads. His biggest challenge? Beating other photographers and area visitors to the spots where wolves have been spotted.

He was driving those backroads recently and was fortunate to get some amazing shots of wolf pups. He spotted the young animals on the way home from a long day on the job, at about 7 p.m. He said there was no sign of adult wolves and he watched the pups for about 15 minutes. Hagemann said he knelt down next to his car to take pictures and one of the young wolves acted like it was going to run right up to him.

“There were others who ran off right away and who came back a little, but that one almost came up to me. It always seems like there is one in the group—with moose too, if they have twins—that seems to be bolder,” said Hagemann.

In addition to getting off the main roads, both photographers advised patience after an animal has run off into the woods.

“If they run off for a car—a lot of animals use the roads and will do that when a car comes—if you stop, turn off your car and just wait, a lot of times they will pop back out. Most animals are trying to get somewhere and they use the roads, so if you leapfrog ahead and wait, you’ll sometimes see them again,” said Hagemann.

“And turn off your engine,” he said. “Most people don’t think of that, but the quieter you are, the more likely they will pass by.”

Johnson added that he always has his camera ready to use and he keeps it close, ready for action if and when he sees a wolf while driving. He also uses the leapfrog method.

“Often I will drive past or pull over and wait for them to come back on the road. If I can hide my truck, that’s better. I will get out and hide in the brush line. It’s best if I can get under a large pine tree—that’s the best cover and room to move around. I have had them come up to around 20 yards of me before they can tell something isn’t right, then they scatter.”

Neither photographer has ever felt that they were in danger taking wildlife pictures, even when taking photos of pups.

And what sort of adventures can photographers expect? Hagemann chuckled as he recalled a wolf he was once watching.

“It walked just off the road, looked right at me and took a ‘crap.’ I took it to mean that’s what it thought of me!”

For Johnson, the most exciting photo opportunity was probably the two wolves who ran off with the deer leg. 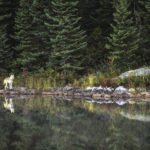 And when we meet… Encounters with Wolves 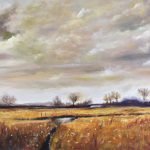 The Business of Art on the North Shore