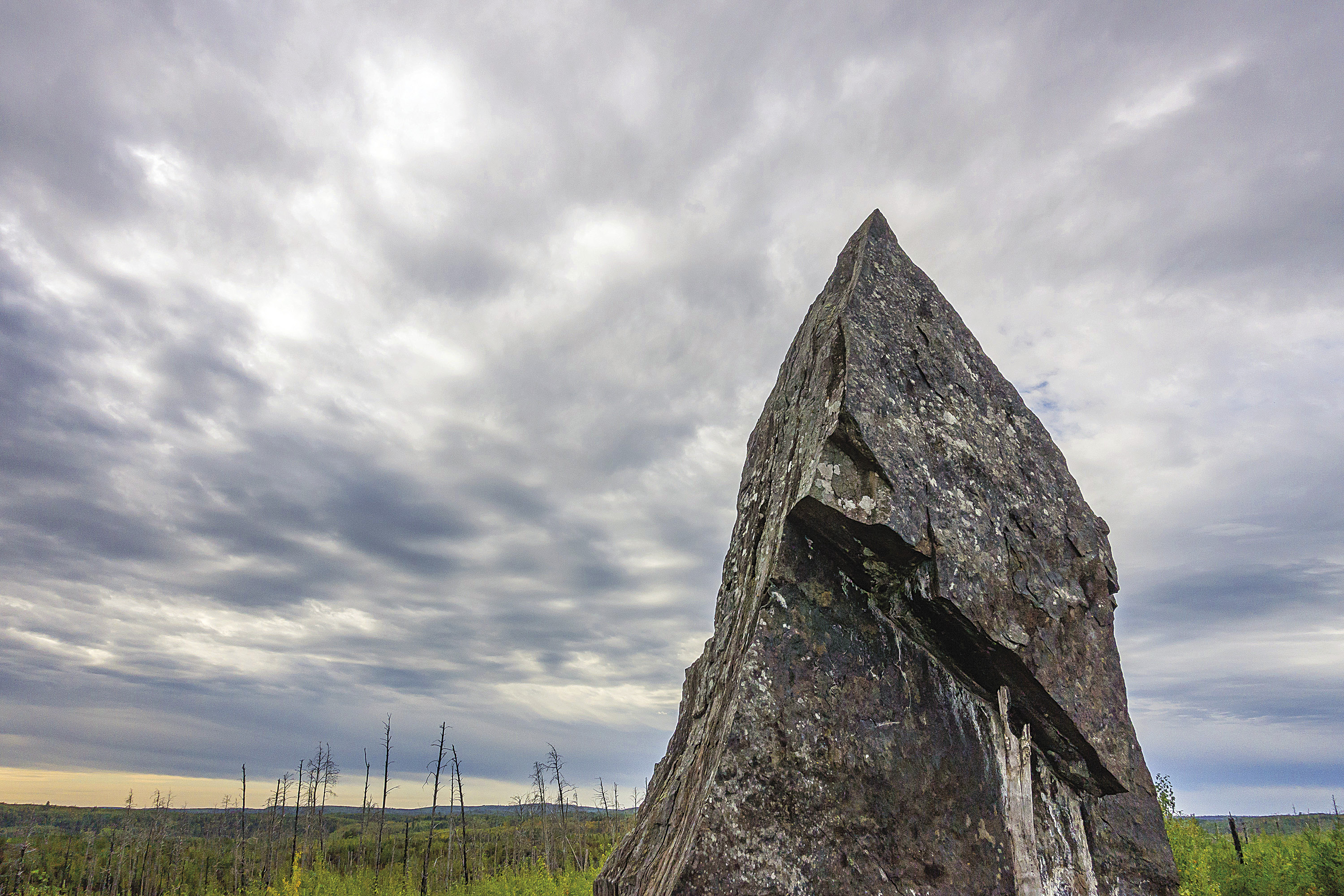 Be sure to bring a compass when visiting Magnetic Rock, located up the Gunflint Trail. | TRAVIS NOVITSKY

It happens to even the most seasoned hikers and explorers: you get stuck in a rut. Thankfully, it’s not typically a literal rut; it’s the repetition rut. It can make you wonder what you haven’t seen—or don’t even know about—yet. Perhaps you’ve hit some of the popular highlights of the North Shore already—Artist Point in Grand Marais, Oberg Mountain in Lutsen, High Falls in Grand Portage—and you are looking to switch it up. If the quest is for a never-before-seen waterfall, historic site, or geologic phenomenon, here are five of the more “hidden” gems that will nudge you right out of that routine.

On the far side of Kelso Lake on a small, bald island is a large boulder perched on three smaller rocks. Though no one is exactly sure, some believe this to be a dolmen, a navigational aide placed deliberately by Vikings in the fifth century. It is thought that the Vikings’ quest for gold led them through Kelso Lake, all the way to Lujenida Lake. Others believe that the formation is just a happenstance from when the glacial ice retreated around 10,000 years ago.

Bill Hansen, the owner of Sawbill Canoe Outfitters on the Sawbill Trail, is a wealth of information about the Kelso Lake Rock.

“In the 1970s a Harvard professor wrote a book about the formation and all of a sudden we had people coming out of the woodwork to look at it,” said Hansen. “Back in the 1920s there was a lookout tower on Kelso. The guys that built the lookout tower could have done it and used it as a marker for the trail. It really could be ancient, or it could be 100 years old.”

Curious visitors anxious to make their own determination about the origins of the boulder should know that it is in the Boundary Waters Canoe Area Wilderness and a trip will require a permit.

“It’s a fun day trip,” said Hansen. “It takes about 1.5 hours to paddle to it, so just about three hours round trip.”

Whether hiking on popular trails or seeking out the hidden gems, trail safety is important. Weather can change at a moment’s notice on the North Shore, so be sure to bring layers. The trails and rocks can be slippery, especially after a rain, so take extra caution near ledges and on downhill sections. As most visitors and residents of the North Shore can attest to, sunscreen and bug repellant are particularly useful in the summer months. Last, but of course not least: hydrate, hydrate, hydrate!

Hikers looking for real solitude will find it up the Gunflint Trail. Despite the name, the Gunflint Trail (County Road 12) is actually a paved road that runs out of Grand Marais 63 miles to the Canadian border. Roughly 50 minutes from town up the trail is a parking lot on the east side of the road with a path leading to Magnetic Rock. Because the trek goes through the Boundary Waters Canoe Area Wilderness, hiking it requires a self-issued day permit that is available at the trailhead.

The path leads hikers across Larch Creek and through the burn of 1974 to the massive 60-foot rock phenomenon, Magnetic Rock. It has a strong magnetic attraction and is a remnant of the Glacial Period. Be sure to take your compass to see how the rock makes it spin.

This three-mile round trip is classified as easy with not much elevation change. Though the trail does continue onto the Gunflint Lake Hiking Trails past the rock, it is recommended that hikers get a trails map before attempting.

White Sky Rock is a short one-mile hike that is accessible from the Caribou Trail (County Road 4) in Lutsen. A parking lot is located approximately four miles up the Caribou Trail on the right side of the road at the public boat launch. A Superior Hiking Trail sign marks the path, which ventures across the street and uphill into the woods.

Kjersti Vick is a Lutsen-ite and a frequenter of the White Sky Rock jaunt.

“There are numerous stunning vistas and canyons around Cook County, but a few of these hidden gems lure you back time and time again,” said Vick, who is also the marketing manager at Visit Cook County, the local area tourism marketing organization. “White Sky Rock in Lutsen is nearly in my backyard, but is always one of my favorite go-to’s when I’m in the mood for a quick workout with an outstanding view.”

Though the trek is just a mile round trip, there is about a 230-foot elevation gain in that short distance. For hikers who are keen to see the stars, White Sky Rock is a great option if you have a headlamp.

“It also happens to be a great spot to watch the full moon rise because you get a great aerial perspective of the moon rising over the Sawtooth Mountain Range,” said Vick.

Fall is also an extraordinary time to summit White Sky Rock, as the foliage around Caribou Lake explodes with vibrant oranges and yellows.

More than 150 years ago, Father Frederic Baraga had just completed a stormy canoe trip on Lake Superior and wanted to offer a “thank you” to the Lord. He was so grateful to have lived through his harrowing experience that he built a small wooden cross at the mouth of the Cross River in what is now the township of Schroeder.

Father Baraga was born in Eastern Europe and came to the North Shore in 1830 to minister to the Ottawa and Ojibwe tribes. He was nicknamed the “snowshoe priest” because of his travels in the winter.

One stormy day, Father Baraga learned of a possible epidemic in Grand Portage and set out in his canoe to reach the community there. As the storm became more violent, he and his Ojibwe companion battled the swells and were eventually blown into the mouth of the Cross River. That Thanksgiving, Father Baraga showed his appreciation with a small wooden cross. His original cross has since been replaced with a granite one and is accompanied by a plaque that tells the story.

The Cross River is at Mile Marker 78 on Highway 61. For a quick leg-stretcher on the way to or from Duluth, park at the Father Baraga’s Cross Wayside; the monument hike is 0.3 miles one way. 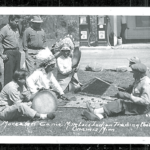 Innovations from the Aboriginal Peoples