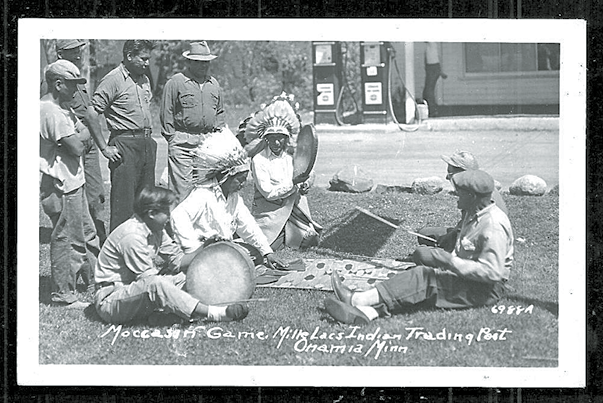 The Moccasin Game being played at a trading post in Onamia, Minnesota, sometime prior to 1950s. | POSTCARD COLLECTION

The Moccasin Game being played at a trading post in Onamia, Minnesota, sometime prior to 1950s. | POSTCARD COLLECTION

Though the country of Canada came into existence 150 years ago on July 1, the land had already been inhabited for many thousands of years by the First Peoples of the Americas, and many of their ancient inventions and innovations are now part of modern society.

In the 2014 article “10 Native Inventions and Innovations That Changed the World” that appeared in the online magazine Indian Country Today, writer Vincent Shilling wrote, “Soon after the arrival of Columbus, detailed descriptions of the inventions of Indigenous peoples began to make their way back to Europe…..Indigenous cultures have created thousands upon thousands of innovations that are in use today in the most modern of practices.”

In 2000, ancestral innovators were recognized by singer-songwriter Buffy Saint Marie when she was presented with an Honorary Doctorate of Letters Degree by Lakehead University in Thunder Bay. Her convocation address, which included highlighting some of the breakthroughs of Aboriginal peoples in science and technology, inspired the university to develop a handbook of Aboriginal innovations “to educate the public about Aboriginal innovations and their impacts on Canada and the world.”

Lakehead University had a long list of agricultural innovations, and noted that “six of what are considered the 15 most crucial world food crops originated with American Indians: maize (which became corn), potato, manioc, sweet potato, common bean and peanut.” Other agricultural crops cultivated by First Nations included squash, avocado, cacao (about 2,000 years ago Mayans made chocolate from it), tomatoes and wild rice (actually a cereal grain, misnamed by Europeans).

The Aboriginal peoples of North America were the ultimate foragers of the forest, using over 500 species of wild plants for food and more than 500 plants for indigenous medicine (The Canadian Encyclopedia); like boiling the tree bark and needles of an evergreen tree to make a vitamin C tonic for scurvy (saved lives of seafaring Europeans). They used willow tree bark (including pussy willows) to reduce fever and pain as it contained salicylic acid, the basis of today’s aspirin. From the wild geranium, they derived the astringent witch hazel; used wild ginger root for earaches; strawberry leaves and roots to treat fevers, diarrhea, mouth and gum problems; chokecherry leaves, bark and roots to cure colds, bronchitis and indigestion; white birch bark and leaves to heal various skin problems; wintergreen oil to sooth sore muscles; spruce sap to make chewing gum; and many more. And surprisingly, back in pre-Columbian times, a type of ancient syringe/hypodermic needle was used to inject medicine under the skin by North American healers, fashioned from hollow bird bones to which they attached small animal bladders (credit for inventing the syringe goes to Scotsman Alexander Wood in 1853).

Are duck/goose hunting decoys a modern invention? Well, up in the James Bay region of northern Ontario, the ancient Cree hunters created life-sized tamarack birds as hunting decoys during their annual spring and fall hunts, placing them on the water to lure waterfowl. They were made by binding twigs from the tamarack tree into the likeness of a Canada goose.

In sports, a variety of ball games were invented in Native America, some involving hundreds of players. In the Great Lakes region, an early form of lacrosse was played by First Nations players, including the Ojibway, and according to Government of Canada, First Nations created the game of lawn darts using shucked green corn (kernels removed) with feathers attached to the dart.

A popular Ojibway gambling game dating back thousands of years was the complex Moccasin Game.

A few years ago, while visiting the Kay-Nah-Chi-Wan-Nung Historical Centre on Rainy River west of Fort Frances, we learned from our guide that it was traditionally a man’s team game based on psychology, knowledge of human behaviour and a complicated counting system, and could be played for weeks with the game moving from place to place.

Aboriginal inventions for the transportation and the outdoors include canoes (birch tree bark made the best canoes); kayaks (pointed and watertight, made by the Inuit of Canadian Arctic from sealskin with whalebone for frame); toboggans of birch to transport people and/or loads; whalebone or walrus tusk snow goggles with narrow slits (created by Inuit to prevent snow blindness); life-jacket style garments created by Inuit of sealskin worn while hunting whales; and, while the origin of snowshoes is believed to be from 4,000 to 6,000 years ago starting in Central Asia, credit goes to the American Aboriginals for perfecting the traditional snowshoe for transportation. A First Nation quote passed down from generation to generation: “The white man always attempted to avoid the snow or skirt it, whereas the Indian always looked for the best way to walk on it and live in harmony with nature.”

Did you know that 26 U.S. states derive their name from Native Americans, including the name Minnesota from the Dakota Sioux “mni-sota” meaning turbid or cloudy water? The name Canada is generally accepted to derive from Huron-Iroquois word “Kanata” meaning village or settlement, while Ontario is from either the Huron word meaning “great lake” or Iroquoian word meaning “beautiful water.” 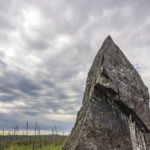 What’s Under that Rock? A Hidden Gem