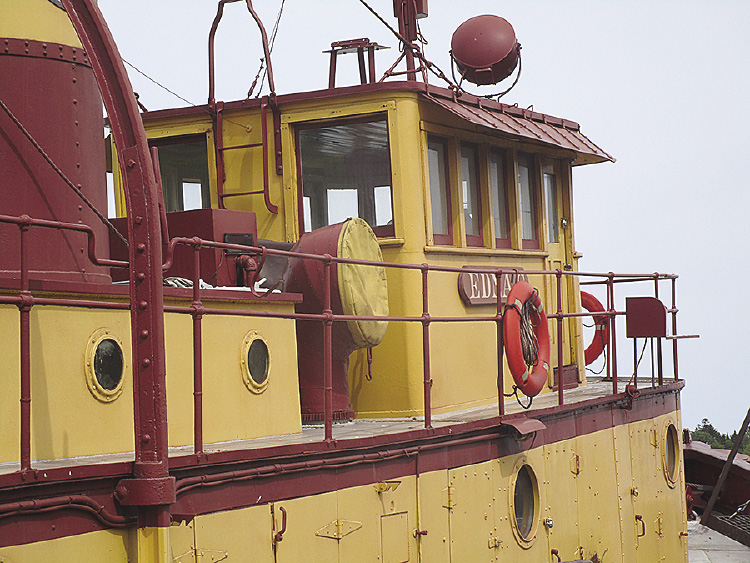 The Edna G, Two Harbor’s oldest “resident,” is in need of repairs. A new group, Friends of the Edna G hopes to raise money to pay for the work. | SHAWN PERICH

TWO HARBORS—When it comes to the future of the historic retired tug the Edna G, Tom Koehler of Two Harbors is pragmatic.

“We” being the city of Two Harbors, which owns the iconic vessel. Listed on the National Historic Register and docked in the harbor, the Edna G was open for tours until 2015, when needed maintenance led to closure. Built in Cleveland in 1896, the Edna G has been in the water nearly continuously since it arrived in Two Harbors in 1897, which means the all-steel boat is suffering from extensive corrosion. In places, corrosion has reduced the thickness of the steel hull by half.

Koehler, a local volunteer who serves on the city council-appointed Edna G Commission, works to keep the boat afloat, pumping the bilge regularly and doing minor repairs and maintenance to prevent further deterioration. He says that the city devotes a portion of its lodging tax to the Edna G. Unfortunately, far more money is needed to perform the necessary repairs.

Enter the Friends of the Edna G. Formed this year, the new nonprofit hopes to act as a fundraiser for restoring the boat, if that is what the city chooses to do, says founding member Carl Shaffer. The first step is to have an engineering firm assess the boat’s current condition, especially the strength of the hull. With that assessment, discussion can begin on how to best move forward. Currently, there are at least two schools of thought regarding the Edna G’s future. Koehler believes the tug should be hauled out of the water and placed on a cradle, where it can be enjoyed by people without concerns about further deterioration.

“The water is a terrible place to keep a boat,” he says.

Schaffer thinks the restored boat should remain docked in the harbor.

“A boat belongs in the water,” he says.

Both men agree the decisions of the Edna G’s future are up to the Two Harbors community.

When it was built, the Edna G was a marvel of the time. It was the first all steel tug. With a length of 110 feet and a 23-foot beam, it was propelled with a coal-fired, two-cylinder reciprocating steam boat engine that was originally 700 horsepower. When a new boiler replaced the original in 1943, the engine became 1,000 horsepower.

The tug was used to tow ore carriers into and out of the harbor, and to the ore docks. Later, when bow thrusters on carriers made it possible for them to reach the docks without assistance, the Edna G was made redundant. The tug retired from service at the end of 1980. Its last tow was the Cason J Calloway, on December 30, 1980. Built and owned by the railroad, it was also available throughout much of its working life to provide excursions for railroad executives and other dignitaries. To accommodate this use, the captain’s quarters and mess were more elaborate than other working tugs.

Koehler says the Edna G played a little noted, yet significant role in Minnesota history. Two Harbors was a primary port for iron ore leaving Minnesota’s Iron Range. Steel produced from that ore was used in two world wars, as well as much of the nation’s industrial and infrastructure development during the 20th Century.

For more information about the Friends of the Edna G, check out the group’s Facebook Page. 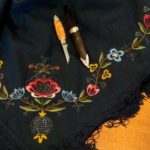 A Labor of Love: The Making of a Norwegian Bunad 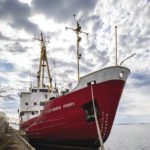 The Alexander Henry opens to the public