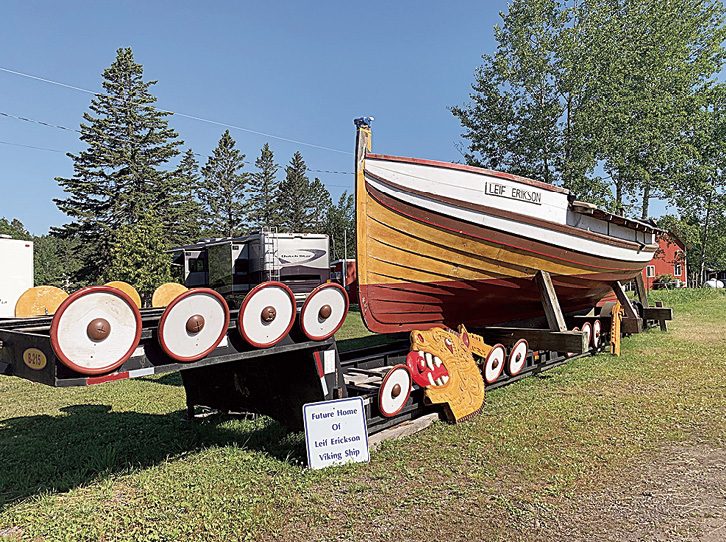 The speculation is over. Duluth’s historic Leif Erikson ship—the Viking replica that sailed across the Atlantic Ocean in 1926 and arrived in Duluth in 1927—now has a new home with the Knife River Heritage and Cultural Center (KRHCC) in the community of Knife River, located on the North Shore between Duluth and Two Harbors.

Both in years and miles, it’s been a long journey for the Leif Erikson. It all began in Korgen, Norway in 1925 when Norwegian Captain Gerald Folgero (1886-1948) hired a boat-builder to make a replica of the vessel that Norse explorer Leif Erikson (c. 970-c. 1019-1025) had sailed to North America over a thousand years ago. Built of Norway pine and about half the size of the original, Folgero’s 42-foot ship was rigged with red and white striped sails, plus one set of triangular sails. She had no motor and was steered by a rudder with an attached log har (tiller). Carved on its side was a dragon’s head and tail and traditional wooden shields. Captain Folgero’s long-time goal had been to sail Erikson’s sea route to America in a Viking replica ship.

On May 23, 1926, with a crew of three and one dog, Captain Folgero sailed out from Bergen, Norway. They stopped at Faroe Islands, survived storms on the way to Iceland, fought hurricane-winds across the ocean, and reached Nova Scotia in mid-August before heading for Boston Harbor. After staying the winter in New York City, the Leif Erikson reached Duluth on June 23, 1927, having travelled roughly 10,000 miles.

The vessel was purchased by two Duluth businessmen and donated to city of Duluth to be maintained as a permanent display. For many years it was a popular tourist attraction at the city’s Leif Erikson Park. But the ship fell into disrepair until 1985 when a volunteer-group, “Save Our Ship” (SOS), was created to repair and restore the Leif Erikson, after which she was put in storage. The plan was to return her to the park after a specially-designed shelter was built. Well, it didn’t quite work out that way.

In June 2021, ownership of the ship was transferred to SOS by the Duluth City Council and the search for a permanent location began while the ship remained in storage. Then, in November 2021, she was transported to KNHCC for their annual Julebyen Scandinavian Christmas Festival. And on June 22 of this year, SOS and KNHCC agreed to permanently relocate the 96-year-old Viking replica to KNHCC where she would be on exhibit in a new $150,000 timber-frame building alongside the local Crusader II Norwegian commercial fishing tug (which was christened in 1939 by Norway’s Prince Olav). Construction is slated for completion next summer.

Knife River Heritage and Cultural Center was established in 2018 as a grassroots non-profit to “engage the public in preserving, presenting and valuing the history” of the area. Looks like a good home for the Leif Erikson. 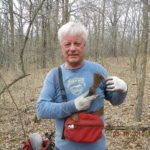 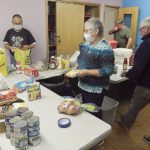