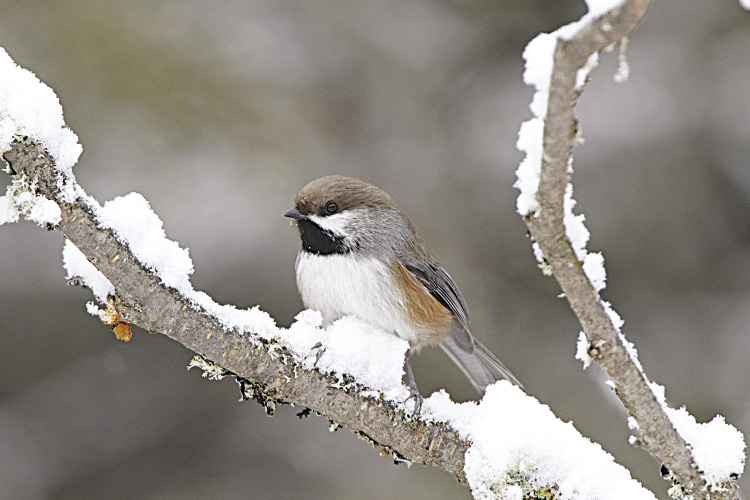 They descended on my bird feeders like a blizzard, fluttering from perch to branch, from feeder to ground. As if driven by hunger, some fluttered violently over occupied perches, trying to drive off those that were already feeding. On the ground below, others scratched through the snow with their tiny feet, searching for wayward seeds.

I watched in amazement as they fed, for it was a constant stream of birds to and from the nearby bushes and trees to the feeders. Never was there a second when the scene was still. And it would not be a stretch of the truth to say you could actually see the tube feeders get progressively emptied, watch the thistle socks transform from plump to drained. Redpolls. Hundreds of common redpolls.

When you are inundated with tiny birds feeding at such a frenzy, it is difficult to keep an eye on just one bird, or to scan the constantly moving flock for anything out of the ordinary. But that was exactly what I was trying to do, because when a flock of common redpolls are this large, it isn’t unheard of to find a stranger in their midst.

That stranger is the hoary redpoll, the arctic cousin of the common redpoll.

The differences between the two species are subtle, but not indistinguishable, especially when one has the chance to see them side by side. Overall, the hoary is much paler than the common. The adult male hoary has buffy white on its back, and a very pale face. Like the common, he has a red patch on top of the head, but more limited black at the base of the beak and on his throat. His chest and belly will be virtually white with only the faintest of streaks on the side. As winter progresses toward spring and the mating season, male common redpolls get very flush with pink on the chest. The hoary undergoes a similar change in plumage color, but the pink color is much paler. Both the adult female and juvenile hoary will show slightly more streaking on their flanks, making them a bit more difficult to tell apart from the common redpoll.

Since the hoary is pretty uncommon, if you are viewing a large flock of redpolls and you think that many of them look pale enough to be hoary redpolls, you need to “readjust” your mental picture of them, for it is very unlikely that there would be more than just a couple. When a true hoary appears in your flock, you’ll almost certainly be suddenly confident of the ID, because it will look so much paler than the others. One last clue to identification is the bill, which appears much stubbier on the hoary.

While you may run into a hoary redpoll at your backyard feeder almost anywhere in Northern Wilds country, unless you live in true boreal forest, you’re not likely to see this next uncommon variation of an otherwise common bird – the boreal chickadee.

Black-capped chickadees are surely the best friend of every winter bird watcher in our region. When few if any other birds are around, you can always count on some chickadees to help brighten your day with their antics at the feeder. Their cousin, though, is a much rarer bird to see, and you’ll most likely have to venture out to where the black spruce and tamaracks grow to see one.

Both species have a snowy white belly and black beneath the chin, but where the black-capped is, well, “capped in black,” the boreal’s head is a beautiful milk chocolate brown. The white patch beneath and to the rear of the black-capped’s eye is slate gray on the boreal, and the boreal also shows much less white on its wings. And while both species show some rusty coloration on the flanks, the color is much deeper and more extensive on the boreal chickadee.

It might come as a surprise to many Northern Wild readers that these two species even exist in our region. Most casual birders can easily identify the friendly black-capped chickadee, and soon learn the identification of the common redpoll because they have the distinctive red cap on their heads. But to find and see the hoary redpoll or the boreal chickadee, you must work at it.

So if you want a delightful winter challenge this year, take it upon yourself to see if you can find these two little birds. These unfamiliar neighbors are out there, just waiting for you to enjoy them.

This story was originally published in the February-March 2013 issue of Northern Wilds Magazine.

The Sax-Zim Bog is for the birds 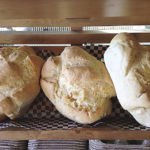