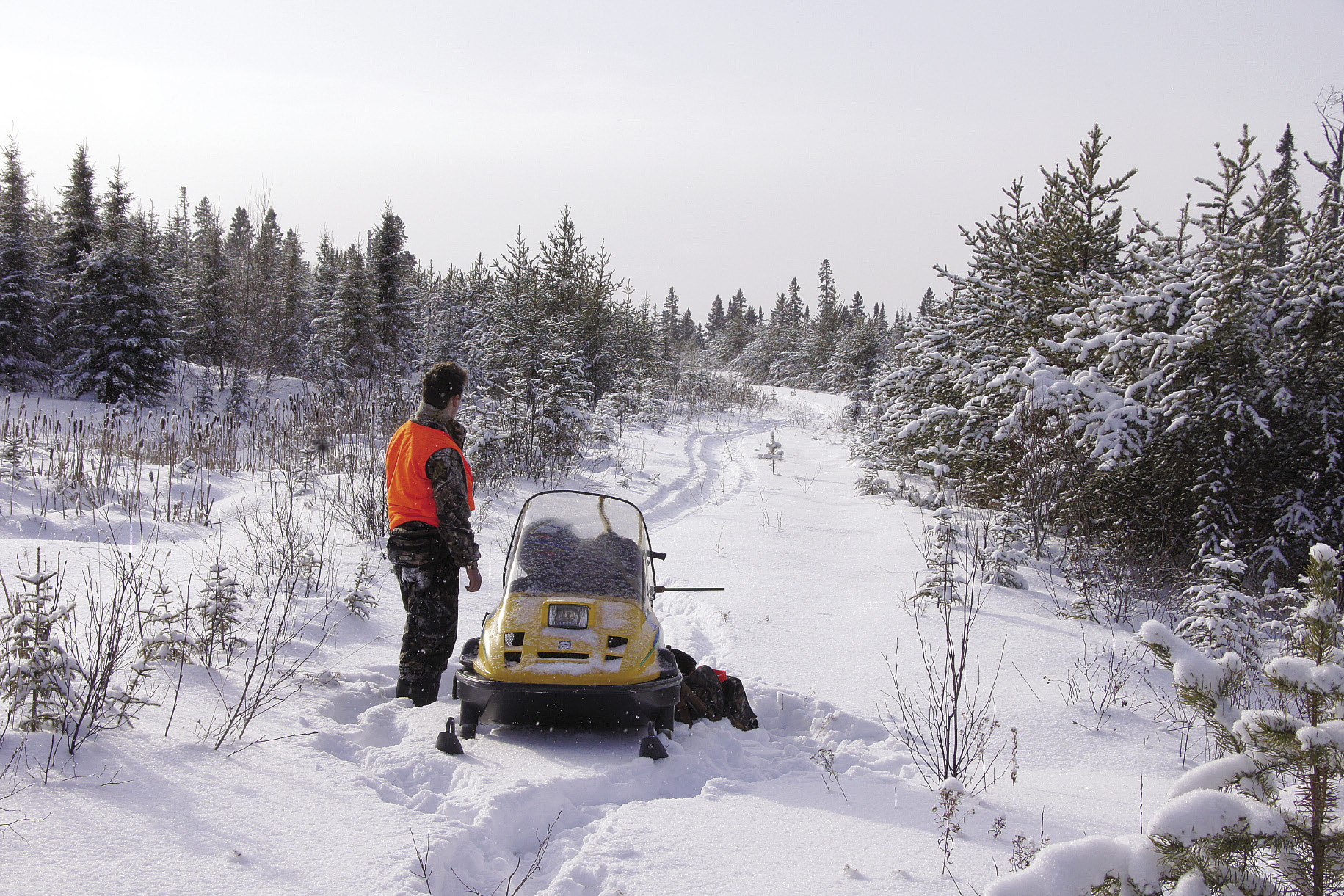 Deep snow is beautiful, but can present challenges. | GORD ELLIS

Deep snow. As beautiful as it is, and as common as it can be in the north, it has its challenges. Especially if you are trying to travel on it. Snow is uniquely designed to be both difficult to stay on top of, and tricky to get out of once you’ve sunk into it. And snow comes in all sorts of variations, from wet and heavy to light and fluffy. Very few snow types are conducive to easy movement.

My earliest memories of travelling on snow are all via snowshoes. I grew up in a home that did not have a snowmobile as part of the lawn furniture. So any winter adventure, whether it was chasing a snowshoe hare with a .22, or going for brookies in a back country lake, required we strap on the shoes.

These days, snowshoes are pretty easy to get on and off, and generally your feet stay in the bindings. Yet those are not my youthful memories of using snowshoes. In fact, the binding on snowshoes always seemed diabolically set so that your feet would be released as soon as you got into the really deep snow. As you lifted your foot forward, the shoe would slip free and you would dive head long into powder, nearly drowning yourself in the stuff trying to get out. And make no mistake, few things are quite as awkward as trying to get back on your feet in deep powder. Even the most patient, level-headed person can be turned into a sweaty, potty-mouthed snowman by disconnected snowshoes.

A couple of years back, after a long hiatus from snowshoe use, I got back into it. It was a deep snow winter and I thought it would be a perfect chance to investigate a hunting area in a unique way. I’d bought some newer, hi-tech snowshoes that were light and large. The bindings were modern and gripped my feet like lamprey. There was three feet of snow, but it had a crust and was able to support my weight thanks to the width and length of the shoes. I motored around the woods pretty well, enjoying the rather different view of my favourite hunting spots from the slightly elevated position.

As the afternoon wore on, I started feeling cocky and decided to try a short sprint on the shoes. I’d seen this done on television…once. So, all 210 pounds of my middle-aged Canadian body kicked up the shoes and went for a snow run. It did not end well. A tip of a shoe caught the edge of a buried stump and soon I was hurtling forward into the snow. There could not have been much showing when I landed, save for my now inverted snowshoes. My body was buried in 36 inches of powder, face down. I flailed and sputtered like a fish on the beach. That was the end of my snowshoe sprinting career.

Most of my other deep snow stories involve snowmobiles, ice fishing and—occasionally—slush. As often as not, deep snow has played havoc with our well-laid winter plans. One event that sticks out was a winter ice fishing adventure north of Dorion. We wanted to get into a remote brook trout lake, but it required a lengthy run on snow-covered bush roads, followed by some trail breaking into the lake. None of us were too concerned, at least until we got to the road and unloaded our sleds. No one else had been on the road and the powder was deep.

This incident occurred a few years ago, before snowmobiles made to float well on powder became popular. We all had relatively light, but slightly low-powered sleds, and several had short tracks. This was a problem. One of the sleds roared off down the road and basically disappeared into the snow like a submarine on its descent. We drove slowly to help him, then gingerly got off our sleds and sunk to our waists in snow. This was bad. Much grunting, digging out snow by hand, and pulling on skis ensued. With the sled now out, we had to decide what course to take: do the sensible thing and turn back, or keep going into the snowmageddon. We chose the obvious course of action and went for it.

Seven hours later, soaked, exhausted and pretty much done, we got to the lake. It had been a non-stop train wreck of buried, and often over-heated, snow machines. My partner Gene, who was the lightest of us all, had finally broken trail into the lake on my old, long-track Tundra and had come upon a pretty amazing scene. A moose had been standing in the middle of the lake, nearly chest deep in snow. It, too, was plowing through the white stuff. No one and nothing was immune. The irony of the story is due to all the adventure in snow, we had almost no time to fish; maybe an hour, as we wanted to drive back in the light. We fired up the auger, drilled a hole and half, and the thing died. Six anglers and one ice fishing hole. We left truly defeated.

Obviously, there have been some truly fun times in deep snow, even when it’s been a challenge. Yet there is something about travelling in heavy snow that seems to attract memorable misadventures.

Time with the knife, and memories 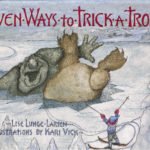 Seven Ways to Trick a Troll