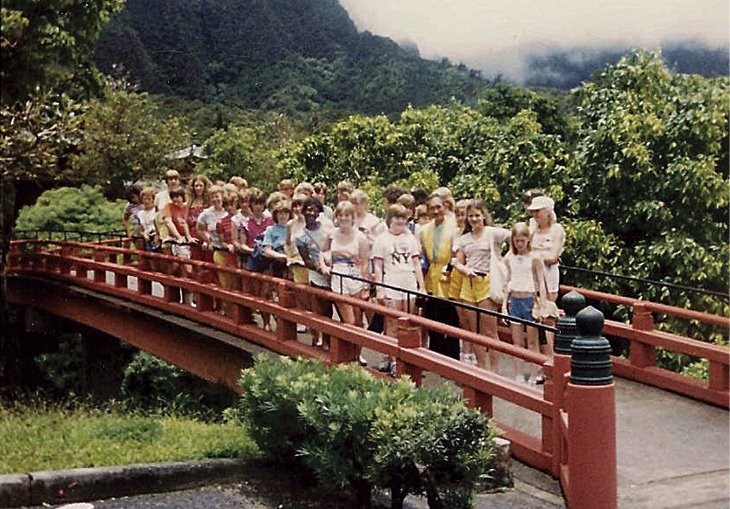 The Son’s Rays in Hawaii, 1982. This all-women choir will return to Grand Marais on August 8 to celebrate their 50th anniversary with a concert at the Bethlehem Lutheran Church. | SUBMITTED

The Son’s Rays choir will be returning to the North Shore this summer on Sunday, August 8, to celebrate their 50th Anniversary with a reunion concert at the Bethlehem Lutheran Church in Grand Marais.

Son’s Rays is a women’s singing group based out of Cook County that first came together in the early Seventies as a way for young women to connect with one another and “celebrate God’s love.” While the group officially ran for 15 years, many of its members have stayed connected over the decades and to this day continue to perform as a choir.

“Our last reunion concert back in 2016 had 45 women participate in it,” says Sandy Skrien who has been involved with the group since its inception.

Skrien sang with Son’s Rays until graduating high school in 1976, but stayed involved as a chaperone during a number of the choir’s cross-country trips in the early 1980s. Then, in the mid-1980s, Skrien travelled with a number of the woman in the group to Trinidad & Tobago to “sing in rural areas while providing bible instruction and hosting a music camp.”

“I’m not sure of the exact number of girls (now women) that were involved with the choir,” says Skrien, “but it has to be well over a couple hundred. Many of them still live in Cook County, but there are quite a few spread out across the U.S. with a few even overseas.”

The Son’s Rays choir was started by Dode Stoskopf in 1971 shortly after her husband Bob became the pastor at Bethlehem Lutheran church in Grand Marais.

Upon moving to the North Shore with her husband, Stoskopf immediately fell in love with the “unbelievable beauty” of the area and the community and felt a need to give back in a meaningful way to a place that had already given her so much.

“Right away,” says Stoskopf, “I realized I was at a place I loved and felt the need to make a contribution.”

“So,” continues Stoskopf, “the question became—where could I as a woman of faith make a difference?”

Stoskopf—who majored in English and Sociology with an education application—always loved working with teenagers, and it wasn’t long before she was struck with the idea of what would eventually become
Son’s Rays.

Son’s Rays would meet every Wednesday night with “almost no exception” according to Stoskopf, and it quickly became a “safe haven for prayers and concerns, for tears and laughter” in addition to serving as an opportunity for girls to come together and create music.

Despite its Christian roots, Stoskopf made sure that membership into the woman’s choir was open to anyone and everyone, regardless of religious denomination or anything of the like.

“I wanted Son’s Rays to be totally open to all,” recalls Stoskopf, “with no thought of talent, ethnicity, family connection or church affiliation.”

“At some point during each practice and concert we always have a prayer together,” continues Stoskopf. “We respect each other, we love each other, and we sing praise to a God we know who loves us for who we are and what we feel and express in our songs.”

According to Stoskopf, it was (and continues to be) community involvement and the deep bonds shared between its members that has been largely responsible for Son’s Rays sustained success over the past
50 years.

“Families and community members have been essential to our daily existence,” says Stoskopf, “and over the years we have included many of the talents and stories from our community into our concerts.”

“For example,” continues Stoskopf, “in 2016 parent Alice Powell displayed her artwork at one of our concerts, and then in another year we were fortunate to have Gene Glader share his story and experience with faith at one of our shows.”

Son’s Rays has recorded a total of four albums, and will be making these available for purchase at their concert on August 8.

For more information on the Son’s Rays and their upcoming reunion concert, check out their Facebook page by searching “Son’s Rays.” 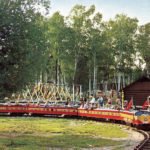 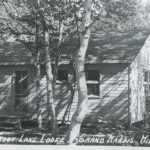