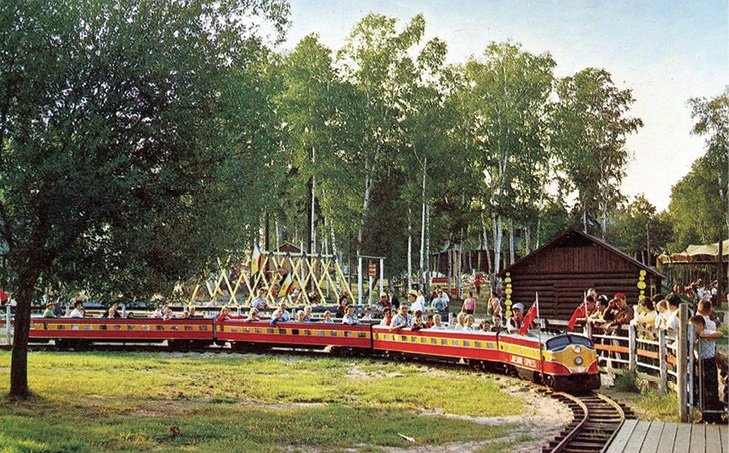 At its height of use, according to the City’s Park history section, the Chippewa Park featured a roller coaster, tilt-a-whirl, a Ferris wheel, and a train that ran on tracks through the park grounds. | CITY OF THUNDER BAY

Thunder Bay’s Chippewa Park is officially 100 years old on July 15. The Friends of Chippewa Park in Thunder Bay had hoped to host a five-day in-person bash on that date, but the current pandemic stood squarely in the way.

“It would be irresponsible to hold an outdoor festival that could attract as many as 10,000 people when so many may still be susceptible to catching COVID-19. A major focus of the park and the festival are families and it is doubtful that children will be fully vaccinated in time. We had no choice but to postpone for a year.” These words from Friends of Chippewa Park president Lorraine Lortie came on the heels of the announcement that the proposed 5-day Chippewa Park Family Festival was being postponed until at least the summer of 2022.

The Family Festival was to have marked the centenary of the popular municipal park situated adjacent to Fort William First Nations land on the shore of Lake Superior. The festival’s postponement, regretful as it is, reflects the difficulties that have beset not only Chippewa Park, but Thunder Bay as a whole during the COVID-19 experience.

The Park’s many facilities, including its storied 1934-vintage merry-go-round, will be silent. A particular absence in light of the closed international border, is that of thousands of American tourists who have visited the Park over its many-year history.

“It doesn’t make sense to hold a festival when the full features of Chippewa are not on display and available for celebrants,” adds Cathy Sawicki, co-chair of the 100th Anniversary Committee.

Of all of the 125 active parks in Thunder Bay, the 121-hectare (300-acre) Chippewa has the widest variety of facilities to offer park-goers. The merry-go-round, for example, is the centrepiece of a modest amusement park with children’s rides and in-season concessions. At its height of use, according to the City’s Park history section, the Park featured a roller coaster, tilt-a-whirl, as well as a Ferris wheel, and a train that ran on tracks through the park grounds. The pavilion near the Park’s centre has had a restaurant/snack bar with a choice of healthy and comfort foods. In addition, it has hosted movie nights, Sunday evening concerts, and Tuesday night musical jam sessions. The pavilion has been available for private rental for weddings and showers, and in recent years hosted theatrical productions by Moonlight Melodrama.

In addition to two swimming beaches, the Park has a campground with 140 sites for tents or RVs, although in recent years, these have been scaled back. Those seeking a different getaway could rent log cabins on the property for weekends or longer. Chippewa is also a year-round destination, with toboggan runs and ice-skating facilities available in the winter.

For many years, the Park featured a wildlife exhibit with such diverse fauna as a polar bear, a bald eagle named President Johnson, wolves, moose and elk. However, with public opinion changing toward a negative view of zoos, the exhibit was closed to the public in 2017, with most animals relocated. The few remaining animals will live out the rest of their days in the care of Park personnel.

The 1980s brought other challenges. Between the Park’s location on the extreme southern edge of the city, and with the emergence of other area concert and gathering venues, such as Prince Arthur’s Landing, Chippewa’s ability to attract park goers has suffered. Restrictions on gathering due to COVID-19, has further reduced the number of recreational visitors. 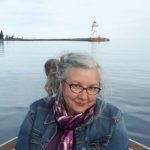 State may return Superior beach to the Ojibwe 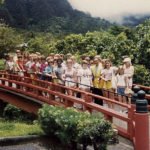