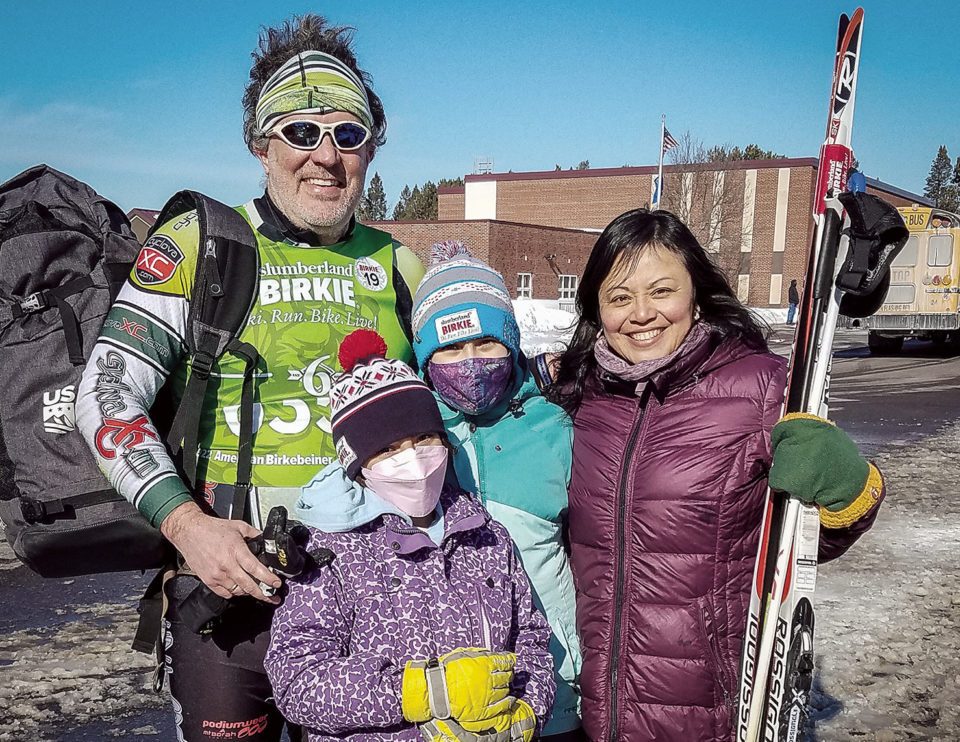 Walter Rhein at the finish line of the American Birkebeiner with his wife and two daughters. | SUBMITTED

Every now and then you come face to face with your mortality. In those moments, you realize you have to make changes or you aren’t going to be there for the people you love. For me, that moment came in December of 2021.

I’ve done the American Birkebeiner 18 times. When you’ve done it 20 times, you become a member of the Birchleggings club. Becoming a Birchlegger is a big deal. At this point in my life, I’m not a fast skier. However, I’d dreamed of becoming a Birchlegger because I thought it might make my wife and daughters proud of me. I think about that often; I’d like them to be proud.

I stay active throughout the summer. I ride my bicycle and I go on runs with my dog. I thought I had maintained a decent level of fitness, but I was in for a rude awakening when the snow finally fell.

The aerobic demands of cross-country skiing dwarf other forms of exercise. After the first snow, I went out to ski and found I simply couldn’t breathe. I’ve had asthma all my life, but it has been getting worse over the last few years. I’m fine to get around the house and go on family hikes, but I couldn’t get the air I needed to climb a hill on skis. Anyone who has ever done the American Birkebeiner, knows that the race is nothing but hills.

I pushed aside my concerns and tried to train like normal. ‘Maybe I’ll feel better after a week or two.’ ‘Maybe I can push through this.’ The phrase “mind over matter” doesn’t apply when you can’t breathe. If you can’t get air, you’re done.

My first thought was that I had to quit. It was depressing. It didn’t seem fair. I’m 47 years old. I should still have a few decades of good skiing left. My girls are only now becoming active. It was heartbreaking to think I wouldn’t be able to keep up with them anymore. But, I couldn’t breathe. The Birkie seemed hopeless.

Then, I thought about my mother, who is still going strong at the Birkie even though she’s over 70. She doesn’t have an ounce of quit in her. It might take her all day, but the race officials would have to physically drag her off the course to make her stop. I couldn’t quit without a fight. I had to do everything in my power to at least try.

The American Birkebeiner is better than an annual checkup. When you go into the doctor, they ask if you feel okay. You say yes. They check a box and you’re on your way.

A few years back, a close friend of mine had a heart attack completely out of the blue. The fact that he was fit and active caused the doctors to overlook some serious health issues. It was a miracle he survived. Hearing his story, I made an appointment to get completely checked out. Do a stress test. See a respiratory specialist. Be there for the ones who love you.

It’s always my intention to lose weight before the Birkie, but usually I lose steam and just suffer to the finish. After 18 Birkies you become mentally tough. But now I couldn’t breathe, and the one thing I knew I could control was the number of calories I consumed. If I couldn’t get more air, I’d make it so I didn’t need as much. I’ve never had the discipline to follow a diet. Desperation gave me that discipline. I reduced my calories. I eliminated inflammatory foods. I cut out alcohol. I also called my doctor and asked her to change my asthma treatment. She put me on Advair and told me it would take a month to get the full benefit.

My first few days training with the new inhaler and the new diet didn’t feel any better. It was like trying to train while you’re being choked. It’s already hard to commit to a workout. It’s even harder when you know shortness of breath is going to make the workout agony. But I thought about my kids. I kept in mind the hope of getting to 20 Birkies. I wanted to make them proud. So, I tolerated it.

My daughters thought it was odd how I was only eating salad.

“Don’t you want something else to eat?” they asked.

“Because there’s something else I want more.”

The second week got a little easier. The third week was easier still. Five weeks to go until the Birkie, and I knew I still wasn’t good enough. After the fourth week, I called my doctor again.

“I’m not getting enough out of the Advair, can we try something else?”

“We could try Spiriva, but that takes four to eight weeks for full effect,” she said.

I thought about it. It was a Hail Mary. But I thought the chance of improving was better than the certainty of knowing I couldn’t. “Let’s do it,” I said.

My friend Jeff called me to train with him on the first day I tried the new inhaler. It was a struggle, but skiing with somebody showed I could push myself harder than I thought. We scheduled another ski a week later.

“You looked a lot better today,” Jeff said. “Our pace was much faster.”

I was also losing weight. In the end, I would lose 20 pounds in eight weeks. With two weeks before the Birkie, I knew I was going to at least line up and start. I didn’t have high expectations, but I thought maybe I could finish.

I spent my last training week doing hill work. I did the same hill over and over. When I couldn’t ski any more, I trudged up the hill. I knew I’d be trudging at the Birkie, so I thought I might as well practice. I also allowed myself to eat more in the days leading up to the event. You can’t line up hungry at the start.

My mom did the open track option this year. That meant her race was on Wednesday. Her start time temperature was a brutal -10 F.

She offered to drop me off for my race, and she wished me good luck.

Standing in the starting pen for the 19th time in my life, I looked around and thought about all the stories of all the people who had gathered there. Some of them had probably overcome incredible obstacles. Everyone faces adversity in their lives. It doesn’t matter if it’s the Birkie or a 5k. It takes a huge amount of courage to even make the effort to take on a physical challenge.

The race started. To my surprise, I felt good—I felt really good. I skied within myself. I skied smart. I didn’t push. I took what my body had to give; it gave enough.

My kids were there, cheering, “Congratulation’s Daddy!”

You can change your life in two months. You can go from hopelessness to triumph. I’ve learned I can no longer survive on pizza and beer and expect to perform physically like I could in my 20s. But with a commitment to proper nutrition and exercise, I can feel like I’m 20 again.

It’s hard work, but when my girls say, “Come on Daddy!” I have to be able to run after them. Today, I know I can. 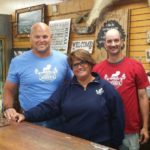 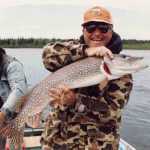 Walter is the author of ‘Beyond Birkie Fever,’ a travel memoir about cross-country skiing. He is active on Medium and does a weekly column for the Writing Cooperative.