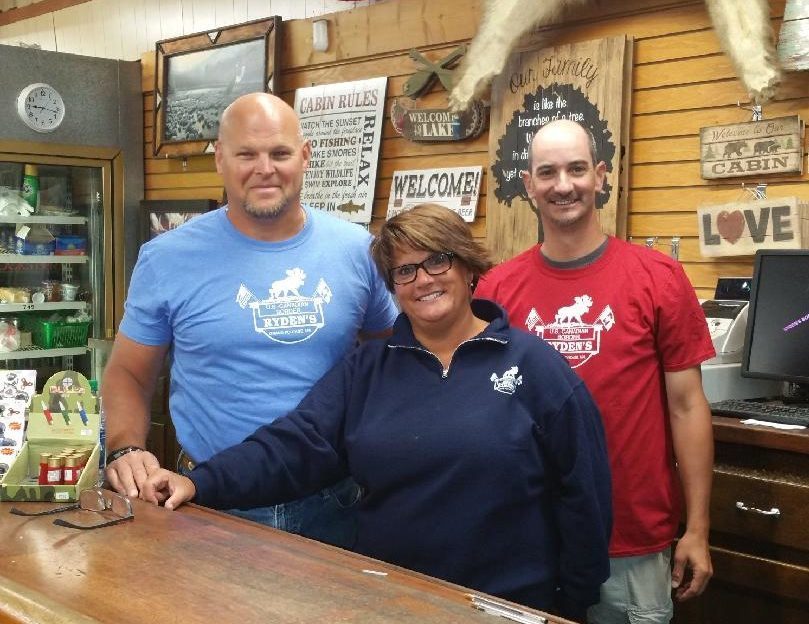 Ryden’s is a place with a story to tell, a story that is defined by change as much as it is by tradition.

Ryden’s is a family story that spans three generations and 75 years. It is a story that has been writing itself ever since Ed Ryden and his wife Mabel decided to start a new life on the “old border” with their young family of five back in 1947.

As the story goes, Ed and Mabel were up vacationing on the North Shore from their home in Hill City, Minn., after Ed—a lumberjack by trade—injured himself and found himself temporarily out of work. It was on this trip that the two of them first visited what was then “The Sextus City Resort” by the old border crossing, a business that they would later purchase for $25,000 in 1947 and rename Ryden’s Pidgeon River Resort.

“Pete still says that he can’t believe that his dad [Ed] was able to talk his mom [Mabel] into moving up there from Hill City,” says Phyllis Ryden, Pete Ryden’s wife and a big part of the second generation of Ryden’s that carried the business into the 21st century.

“They had a nice beautiful house there in Hill City,” continues Phyllis, “one of the biggest in town, but somehow he convinced her to move up to the woods with five kids to a place that didn’t even have electricity.”

Today, Ryden’s Border Store is still around and still going strong under a third generation of Ryden family ownership, despite a tough couple of years brought about by the pandemic.

Lori “Sam” Boomer and her husband Mike run Ryden’s Border Store and the Duty Free shop, while their cousins Debbie and Mike Ryden are in charge of the gas station next door.

“I went away to college for a little while,” says Sam, “but besides that I’ve been working at Ryden’s my whole life.”

“My dad [Larry Ryden] started me out by picking up garbage around the property when I was 5 years old,” continues Sam, “and I just kept working from there.”

Ryden’s Border Store is impossible to miss for anyone crossing the U.S.-Canadian border via Grand Portage. They have everything a traveler needs—a huge selection of souvenirs, local artwork, candy, snacks, pop, beer, a money exchange service and Duty Free shopping at the border.

The family business has changed a lot over the years—it’s even changed locations since it was first taken over by the Ryden family. Back in the early 1960s when the border crossing moved from 6 miles north of Mineral Center—a modern day “ghost town” that is little more than a cemetery anymore—to where it is today, so too did the Ryden family business.

Before the move to its present location in 1963, Ryden’s consisted of 23 cabins, a small hotel, a beer garden and a restaurant, all in addition to the border store, gas station and Duty Free business that are still around to this day. Up until a few years ago, Sam and Mike still ran a café, but, according to Sam, they decided to close that part of the business because of how hard it was to keep it staffed.

Though the business has been downsized in some respects, it has grown in others. One of the cornerstones of the business today is, of all things, their parcel service, something that started with an unusual request from a customer.

“The [parcel service] all started some 20 years ago or more, when a guy came in wondering if he could get a part shipped here that wouldn’t ship to where he lived in Canada,” says Sam.

“That was before the internet,” continues Sam. “Now, with internet shopping and everything getting ordered online, this part of our business just kind of exploded.”

Thanks in large part to the recent boom in internet shopping, Sam, Mike, manager Jaime Spry, and the rest of Ryden’s team rely on two forklifts to organize and store the many parcels they get sent into two large garages that they had built specifically for that purpose. They’ll take any sized parcel, so long as the customer is willing to come pick it up.

“The reason the parcel service has taken off,” adds Sam, “is that a lot of products are only sold here in the U.S. and not across the border. Some products are cheaper here and sometimes it’s just a matter of there being more variety.”

“When you think about it, the [parcel service] compliments the rest of our business really well,” continues Sam. “People drive down, pick up their cheap parcel, fill their car up with cheap gas, and pick up cheap beer at Duty Free on their way home. It’s a win-win; everyone’s happy.”

A Different Time and Place

“You just can’t imagine what it was like if you were never there,” says Phyllis, reminiscing about life at the “old border.”

“The gas station used to have one of those pumps that would pump the gas into a glass bulb,” adds Pete. “I remember pumping gas from it when I was 7 or 8 years old.”

“It’s hard to imagine all of the stuff that was there,” continues Pete. “When you go back now and look, it doesn’t look like there is room for all of it.”

When Pete’s parents Ed and Mabel first moved up to Mineral Center and the old border, none of the buildings that they owned had running water or electricity. Pete and his siblings were often responsible for hauling water to each cabin and making sure that each wood box was kept full of firewood to fuel the wood stoves during cold northern nights.

“There was a big ice house,” recalls Pete, “that we would fill with ice that we cut from the lake each winter and pack with snow and sawdust. Then, all summer long we’d use it to refrigerate food at the restaurant, keep the beer cold at the beer garden, and sell to fisherman to ice their fish.”

While a beer garden might seem a strange thing to find in a remote place like Ryden’s, it was actually a huge success for the Ryden family because of the “blue laws” across the border.

“It used to be, back in those days,” says Phyllis, “that the main business was the Canadians coming down to drink on Sunday. The beer garden would be full of people from across the border on Sundays because they couldn’t drink back home.”

Sundays were a wild, sometimes rowdy, time for the Ryden family, and it was on one of those Sundays in 1959 that a stray cigarette butt burned down most of the original store. One of the few things left standing was the red neon Ryden sign, the same sign that sits on top of the store today.

“When everyone saw that the sign had landed standing up after the fire,” says Sam, “they would tell my grandpa that everything will be fine because the name stood strong; the name is still standing strong.”

In 2019, business was good and the future bright for the Ryden family. They had recently invested heavily into repaving their large parking area—a space able to comfortably handle the large RVs and creative trailer configurations that were passing through on a more or less regular basis—and with the success of their parcel service adding to it, all things were looking up.

But then 2020 happened, COVID-19 burst onto the international scene, the border shut down and business for the Ryden’s dried up.

“Honestly, the pandemic has devastated us,” says Sam, “it’s been awful.”

For a family business that has always been sustained by the traffic brought about by the border—whether it be selling beer and tobacco duty free or supplying folks with fuel and food on their way to the next destination—when the border shut down, so too did a majority of the Ryden business.

According to Pete and Phyllis, Debbie and Mike have only been able to open the gas station for a couple of months since the pandemic.

“It has been really hard,” says Sam, “but we are hopeful that things will turn around once the border opens completely and people start traveling like they used to.”

“The current status is that people can come into the U.S. no problem, but going back into Canada you still need a negative COVID test,” continues Sam. “It does seem like the border is loosening up, though, and it seems possible that this summer will be back to normal.” 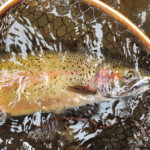 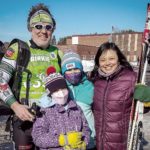