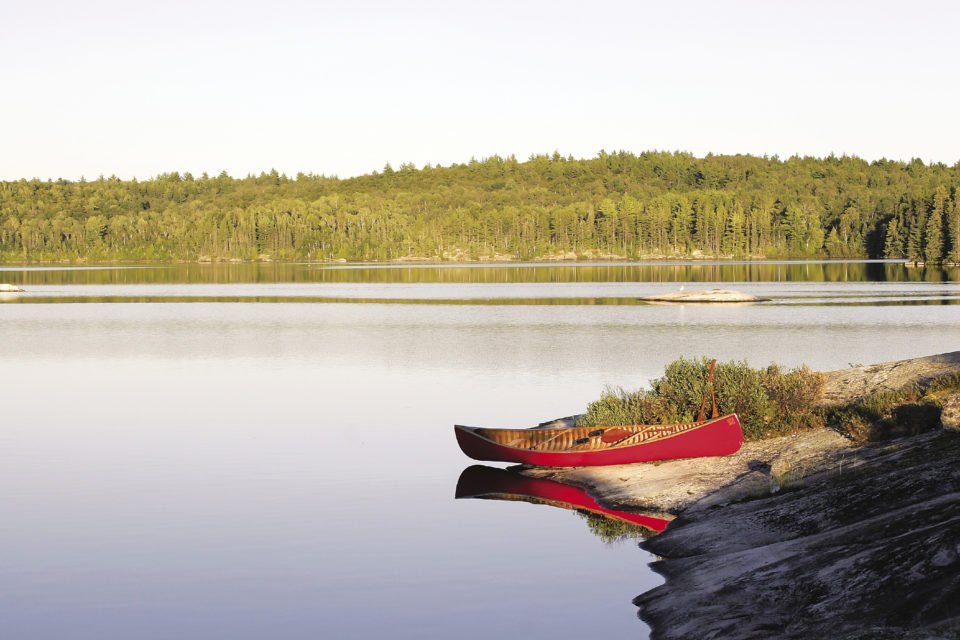 A canoe beached on a perfect sloping rock in the Northern Wilds. | MICHAEL FURTMAN

It begins with that delicious moment when you push off from your starting point in a loaded canoe. Behind you lies the gravel public landing, the parked cars, the roads funneling from civilization. Before you, the spires of dark spruce and pine perforate the horizon. Beneath you lay a lake’s dark waters, your path to unknown experiences.

Wilderness canoe trips are a joy for many reasons, but no small amount of our pleasure comes from the aspect of adventure. We come from our workaday lives, a world largely predictable and mundane. Once in a canoe, whether for a day or a week, we commit to serendipity, for inevitably plans will collapse as wind, weather and tricks of fate rule the day.

The canoe is a remarkable craft. Without it, the lakeland wilderness stretching from Minnesota to Hudson’s Bay would be impossible to explore. But as wonderful as canoes are, they have limits. A motor-powered boat can overcome wind and waves, and is designed with the potential to subdue. The canoe, though, must work with the wind, with the waves; it is designed to cooperate.

That cooperation is a good thing and a lesson too few learn. Fighting nature leads only to frustration. Nature cares nothing about whether you struggle or not. Relentless winds might stream from the heavens, piling before it mountains of waves, white capped and cold, living peaks over which, if you deem to fight, must paddle again and again.

Long ago, my wife Mary Jo and I took a 30-day canoe trip. There was apprehension when we thought of only the two of us together in remote country; fear of an accident and how we might respond with only each other for assistance. But through these uneasy moments flickered a gleam of excitement. We knew that at least for one month out of our lives we would live by nature’s rules, and that the unexpected would happen.

When the trip came we found that the worries eased. As we labored over portages and paddled our heavily laden canoe, we grew in confidence. There was no one there to hold our hand, and we found that we liked it that way. As lake gave way to lake, as rivers were run, even after we “misplaced” ourselves for the better part of a day, we thought of how well we had handled each task or minor crisis.

A week into the trip, as we eased from the mouth of a narrow creek into the surf of a broad and windswept lake, we hesitated. Gray skies blanketed the horizon, and down the lake rolled miles of large, foaming waves. We talked of our options. Our planned route called for us to traverse directly south across this lake, exiting it from a portage along its far shore. The wind, however, dictated another route, one that would take us miles out of our way and require paddling in waves of two feet. The last option was to remain where we were, to camp somewhere in the broad marshes that lined the nearby shore.

Only briefly we thought of risking the crossing, dismissing it as dangerous. The marshes, though beautiful, were an unappealing place to camp. We chose to paddle the long way around, to embrace only that which the wind and canoe would allow, deciding that we could detour and still find our destination. That choice meant taking not only a different path on this lake, but exiting it at a different place, leading us into a remote chain of lakes that paralleled our planned course. We had studied our maps for months before departing, confident in our choice of routes. This detour meant dashing that plan and accepting whatever lay ahead.

Once the decision was made, we entered into the waves with a feeling of apprehension tempered with adventure. Quartering downwind around points, running with the black waves across open reaches, we felt both the heaving power of the lake and the agility of a well-designed canoe. An hour passed, then two, and still we were afloat, grinning as we sped along, conscious of the risks, but intoxicated with excitement.

What happened that day afterward made us thankful for what had then seemed like a cruel wind. We found that although we were at times tense in the big waves, we also enjoyed testing our skills. As our canoe surfed down the hissing swells, the wind that kept hats from our heads blew us beyond any point of return. Our plans had been dashed. We had given ourselves cautiously to the wind, and to the limits of the canoe.

When later we shot behind the lee of a small island, turning the canoe into the “V” of calm water along which the relentless waves marched, we discovered a fine broad shelf of granite sloping up to a tiny, but perfect, campsite. Dragging ourselves and gear up the slope, we sat unmoving for what seemed like an hour on a breezy perch of rocks above the waves, exhausted and exhilarated from effort.

Finally, after resting and under a steeply slanting sun, we began to notice just how lovely was the place that canoe had chosen. Uncompromising jackpines forced toeholds in the otherwise intractable granite, prospering above the knob like some unkempt Japanese garden. Luxurious beds of caribou moss, untouched and unburned for decades, rolled soft and silver-green along shaded ridges. In the calm of the island’s tiny crescent-shaped bay grew a wild pageant of water lilies, white tiara’s presented on green platters. The lowering yellow sun, flirting from beneath the hem of the dark clouds, warmed us and the island, releasing from the pines and spruce their heady perfume. White-capped waves glistened in its light, the distant east shore bathed in butterscotch beams. In those moments our fortunes seemed immense. And all of it was an accident.

When camp was made and dinner done, when our canoe rested safely above the shore, we sat alongside a little fire of snapping jackpine. Sipping well-deserved brandies and watching the purple light of the sun’s afterglow curtain the western shore, we knew even then that afterwards this spot and this day would be special.

This is what the canoe gave us, taught us. From then on we knew that such unexpected events often brought special places and times to a canoe trip. So I say to you, if you never detour from your planned route into that back bay, you will not see the bull moose that lives there, rising black from the murky shallows, water streaming from its cupped antlers. If you do not listen to your canoe when it tells you to paddle near shore to avoid the wind, you will miss the loon that submarines through the clear, calmer water, or the otter napping on the sun-warmed rock. And if you do not choose to cease paddling into a fierce wind, and to beach your wise craft and stride ashore, you will miss that lady slipper in its brief bloom.

For these are gifts of the canoe. 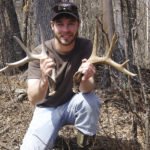 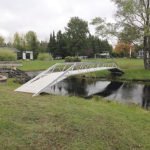