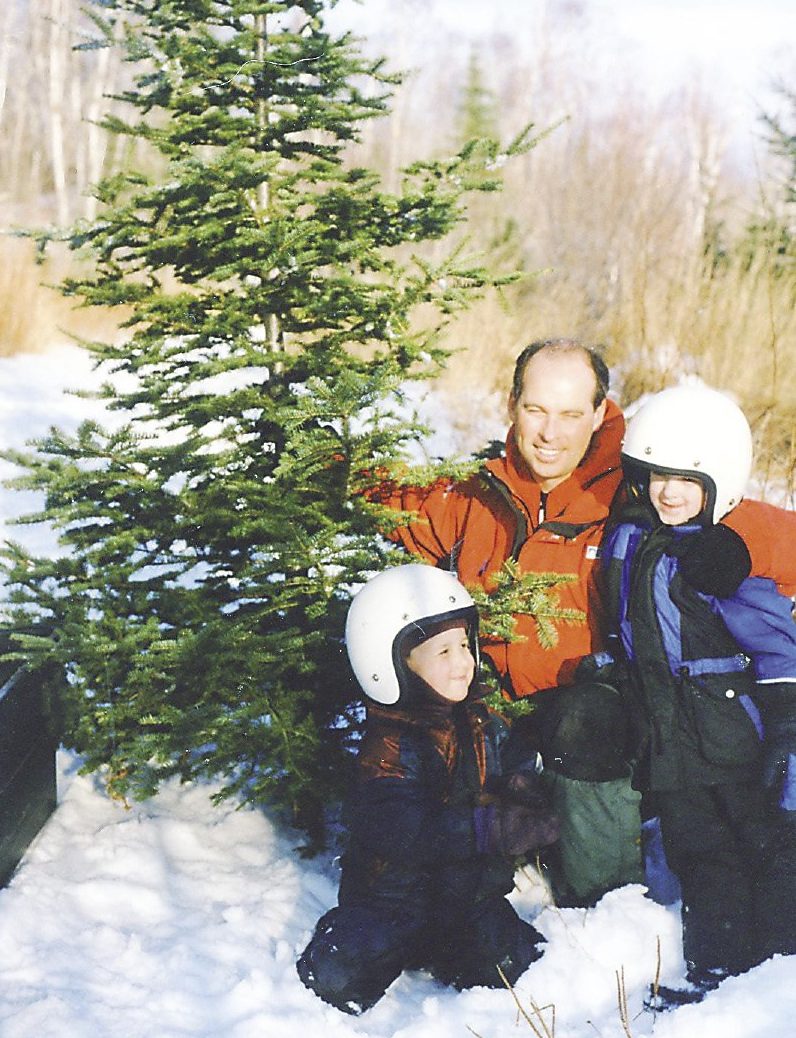 Gord Ellis with his young sons Austin [LEFT] and Devin [RIGHT] in the late 1990s, on a Christmas Tree hunt. | GORD ELLIS

The magical month of December is upon us and with it comes the Christmas season. Not everyone is crazy about this time of year, I know. Some find the consumerism wrapped around the holiday a bit too much. Others simply cannot abide by the nearly two months of Christmas music that inevitably leads up to December 25. However, even the most scrooge-like person is usually ok with the sight of a Christmas tree. There is something magical about a conifer adorned with lights, baubles and garland. The smell of a real tree, and the magic it can bring to a home, is hard to argue. And the hunt for the perfect Christmas tree is something many Northwestern Ontario residents take very seriously.

One of my earliest childhood memories is searching for a Christmas tree up Hwy 527, north of Thunder Bay, with my Dad Gord Sr. It was cold and snowy, and I was all bundled up in a snow suit with a scarf and gloves and clunky winter boots. My father had his trusty saw and would push each potential tree a little to knock the snow off. As often as not, the loose snow would fall on me, and the flakes would land on my face. I’ll never forget the sharp feeling of snow on nose and cheeks.

Yet without knocking the snow off the tree, it was impossible to see if the potential Christmas tree was a contender. It had to be full, but not too large. The classic Christmas tree shape was preferable, but a full tree with less perfect symmetry was never ruled out. Trees that were too spindly, or had only one side with branches, would not do. When the decision was made, the saw went to work. The sound of my father sawing that tree, and the smell of the sap as he cut into it, remain vivid memories. Then the felled tree was drug to the road, tied on top of the Rambler and carted back to our family home.

On arrival, my mother would inspect the tree. This was always a moment of great drama, as Nora takes her Christmas trees seriously. She was never one to mince words about the quality of a tree (still isn’t!), but most of the time they passed inspection. Then the tree was brought in the house, trimmed for size, placed in the stand and raised to its full glory in the living room. The smell of the tree—usually a spruce—would immediately fill the house. Decorating would commence, which required Gord Sr. to basically empty the attic of Christmas boxes. That’s a whole other story.

When my wife and I had children of our own, the tradition of undertaking a Christmas tree hunt was adopted and expanded upon. The basics of the search for a perfect tree didn’t change much, but we upped the adventure aspect a bit. Our little boys loved to ride on a snowmobile, so we would load up the sled, get some hot chocolate and snacks together, and go searching for our tree as a family.

A favourite destination was a power line east of Thunder Bay. The small spruce and balsam trees that would sprout up on the opening had lots of elbow room to grow, and tended to be more classically shaped than the scrubby trees in the forest. This open area was also a good place to negotiate a snowmobile loaded with two adults, two kids, several backpacks and a sleigh. The boys excitement looking for the perfect tree was a joy to behold. They took great pride in critiquing each possible choice, although they generally thought there was a better one “over the hill.”

The other cool thing about doing a Christmas tree hunt with the family was the chance we had to see signs of winter wildlife. We would see tracks and then try to guess what they were. Deer and moose were not too hard, but lynx, fox, wolf, snowshoe hare, grouse and squirrel were a little more challenging. The harvest of a Christmas tree, and its removal from the woods, was the source of much excitement for the boys. We all celebrated with a cup of hot chocolate and an Oreo cookie…or two.

In more recent years, with the boys grown and gone, the Christmas tree tradition in our family has fallen mostly back to me. Generally, I will get one during the last days of the Northwestern Ontario deer hunt, in early December. Cheryl will then inspect my choice but, luckily, I know what she likes. We still get the boys to come over and help decorate however.

One other ongoing tradition is taking my CBC radio colleague Lisa Laco out for a tree hunt nearly every December. This annual event first happened many years ago, and became a popular pre-Christmas item on Superior Morning. Over the years, Lisa and I have been out in search of a tree in all sorts of weather: bone chilling temperatures, knee-deep snow and even December rain. We have cut spruce and balsam and once even eyed up a scotch pine. The trees have ranged from glorious to Charlie Brown and everywhere in between. Oddly enough, no matter what the trees shape, it always looks smashing when it gets back to the station, and is covered with ornaments sent in by listeners from across the region.

There is just something about a Christmas tree that makes the holidays extra special.

From my home to yours, Merry Christmas! 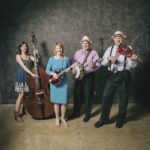 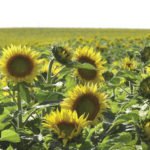