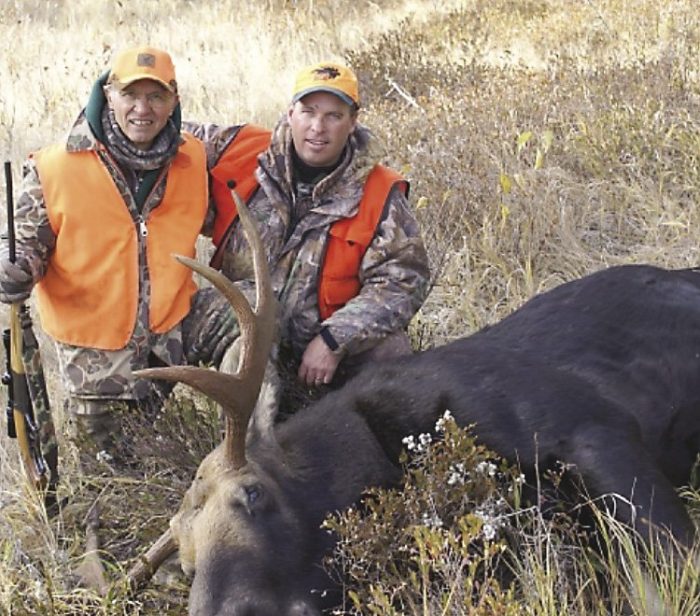 Antlers. They are amazing, beautiful and occasionally deadly. Moose, deer, elk and caribou all sport them. In the case of the moose, the antlers are huge and palmated. Elk and caribou antlers sweep up high, creating a majestic profile. Deer antlers tend to be a bit smaller, but can be no less dramatic. The thick, black antlers on a mature swamp buck are simply magnificent.

Antlers have been a thing with hunters—and humans—through time. Antlers figure prominently in pictographs found across northwestern Ontario and provided the basis for many tools used by Indigenous people. Bucks and bAntlersulls with large racks have fueled many a hunter’s dreams. The sight of a huge-antlered animal coming over a hill or walking out of the woods, is enough to stop a heart. Yet even small antlers can provide a thrill that’s hard to explain.

Several decades ago, when I was still cutting my teeth as a deer hunter, the harvest of a buck—any buck—seemed like an impossible dream. I’d taken quite a few does already and had a few near misses with bucks. One nice eight-point lived to see another day because my buck fever and escalated breathing rate did not allow a solid hold. I was so excited that day I could hear my heart valves clicking. Those antlers, glistening like white china in the sun, were just too much.

A few years later, as I was walking up a power line towards a tree stand, I saw a deer standing on a hill. It was a large deer, but I didn’t need to check the sex as I had a tag for buck or doe. In those days, seeing any deer on a hunt was a big deal. I knelt down, put the crosshairs on its chest and squeezed. I barely heard the shot thanks to adrenaline, but the deer turned and disappeared over a knoll. A half-hour later as I topped the hill, I could see a brown lump on the ground about 50 feet away and what looked like a single white branch. As I moved closer that branch turned into a tine. It was a buck! A young six-point, but it may as well have been the world record. I knelt beside that animal, feeling a mix of sadness and joy. The sad part was ending such a beautiful creature’s life. The joy was knowing I could bring meat home for my young family. So excited and full of adrenaline, I drug that animal out nearly a mile all by myself.

Some of my most exciting antler experiences I’ve ever had have been in the pursuit of moose. These giants of the north woods can sport racks that measure five feet across. The sheer neck power needed to lift so much bone is mind-boggling. Factor in the agility required to negotiate the north woods with that kind of head gear and you have a miracle of nature.

The first time I ever heard the sound of a moose antler in the woods was during a winter hunt many years back. It was a cold morning, and we had snowmobiled in the dark to a cut over well off the beaten path. As day dawned, I picked my way through the cut and worked to the top of the hill. When I peered over the edge, where the trees started, I could see two moose staring back at me, one an enormous bull. They instantly bounded into the woods at full gallop. The bull, with head tilted back, went like a bulldozer through the trees. The sound of that bull’s rack, its thick palms smacking alders and snapping small birches, resonated through the woods. The noisy bull echoed off into the distance, like a freight train going down the track.

The first time I actually killed a moose, I heard two animals fighting. The sound of smashing antlers was unmistakable. With my heart pounding, I slowly scaled a long bush road to an old cut about 500 yards away. When I got to the top and looked out into the cut, there was a golden shine visible. Through binoculars, I could see the reflection of moose antlers. Two bulls, one significantly larger than the other, were standing together. In short order I was on my belly and crawling to a stump for a shot. When I put my scope up, the larger bull was heading into the woods. The remaining bull was just starting to move when I aimed and squeezed off a 200-yard shot. The moose stumbled, then toppled. When I walked up to that bull, 40 minutes later, its huge antlers were the first thing I saw. They were the colour of dark honey and four feet wide. Staring at that great animal I said a quiet word of thanks. When my hand felt the coolness of that antler, and its weight, something primal was stirred. The feeling was mysterious and ancient.

It was a feeling I will never forget. 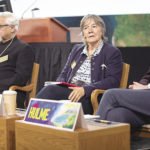 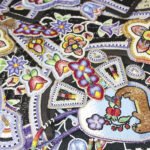 Jewelry of the Anishinaabe