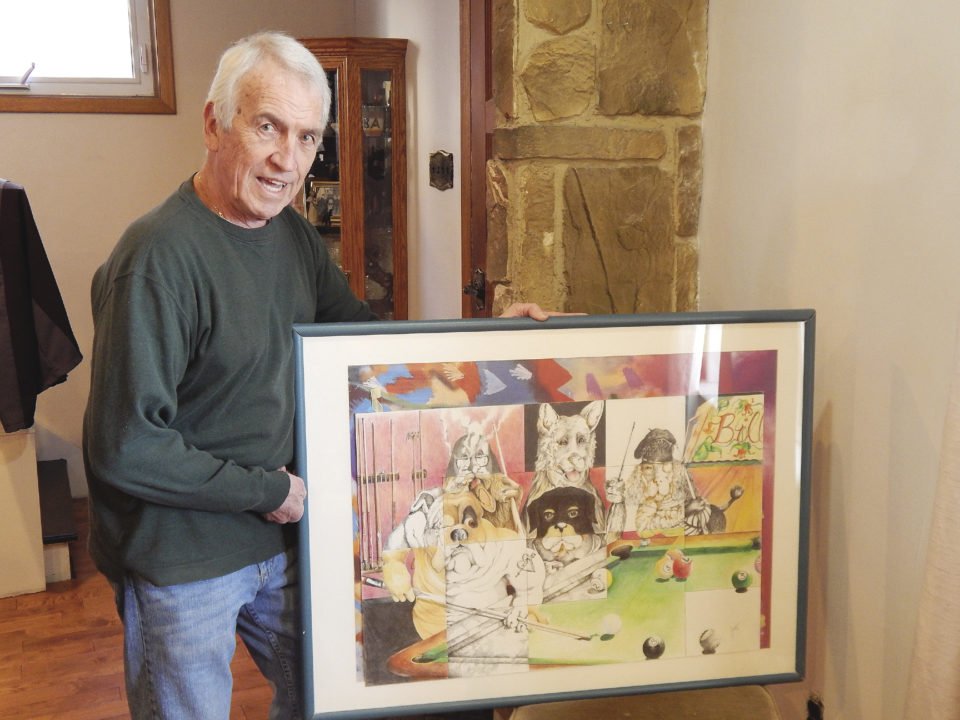 Gerry Simpson and an example of his earlier artwork. | PETER FERGUS-MOORE

Centuries ago, people admired beautifully rendered images of life. But these were static. Wouldn’t it be wonderful, they thought, if these images could move as in real life? Out of this question, motion pictures emerged, and later, animation.

Fast forward to a teen-aged, Geraldton, Ontario-born Gerry Simpson, landing in Ottawa, Ontario, in the 1960s. He had had no plan beyond just getting there.

“I heard about Crawley Films,” he says, “and got a job with them.” Fortunately, the artistically-inclined Simpson had an impressive portfolio of work done while he was a student at Selkirk High School in Thunder Bay.

“I was hired as a tracer, then progressed to (being) a tracer and fill-in cartoonist tracer, working directly under the main cartoonist,” he says. This involved the agonizing, painstaking work of creating many series of drawings (frames) that would result in a moving image.

“One second of a continuous motion required 24-30 frames per second of drawings,” he adds, while the finished cartoon would involve thousands of such images, known in the trade as cels.

The animation cartoonist would draw the first three frames and the last three frames of a given movement sequence. Simpson and his tracer colleagues would then draw the intermediate dozens of frames on a round, rotating, transparent glass-topped drawing table, lit from underneath.

“We wore white dinner gloves to keep from transferring sweat or oils from our hands to the cels,” he remembers. “We needed accuracy, absolute pen and ink pressure and thorough consistency to complete the animation action drawings.”

Once completed, these series of cels were photographed one by one onto motion picture film. The developed film would then be projected onto a screen in the same way as live-action film, creating much the same illusion of movement.

Simpson and thousands of animators like him benefited from the willingness of our brains and eyes to be fooled by beta movement. This is the optical illusion created by rapid changes in adjacent images interpreted by our brains as a sequence of movement. The rapid changes are the result of each frame of a film moving quickly through a projector. The illusion can be as simple as, say, a dot made to “move” from one part of an image to another, all the way to eye-popping scenarios of entire worlds and living beings in a dizzyingly complex ballet of movement. Think of Fantasia, by Walt Disney Studios, and you see what old-school hand-drawn animation could accomplish. There is even a variation on animation known as “rotoscope,” in which animators drew over live action films frame by frame. Walt Disney’s Snow White and the Seven Dwarfs is an example.

During his stint at Crawley Films, Simpson worked on home-grown animations, as well as for Disney Studios and on Hanna-Barbara creations such as Yogi Bear and the Flintstones. Like most workers in the labour-intensive field of animation, he worked painstakingly for long hours, but was paid so poorly that he had to give the job up after four-and-a-half months as he couldn’t make ends meet. Though he has not mentioned this matter himself, at the time none of the animation labourers received credit for their work—only the top brass, such as director, writer and creator of the musical accompaniment.

Nowadays, two major changes have come to the animation industry. The most obvious is Computer-Generated Imagery, or CGI. Where animators once would draw by hand, they now create images with computer software, eliminating many in-between stages such as tracing on cels. However, the same process needed to create any animation, that is, drawing frames, still requires many thousands of images created and modified over a considerable period of time by an army of animators. And nowadays, if you watch the closing credits of animated films, you will see most if not all animators named. Animation is still a very labour-intensive field.

After his stint at Crawley, Simpson moved on to Montreal, Quebec, to work in advertising. Luckily, Simpson sufficiently impressed his employer at Foster Advertising, Ron Sharpless, to sponsor his attending the Ontario Arts College with the guarantee of a job on completion of the degree. Years afterwards, armed with a Fine Arts, Art History and English degree from Minneapolis School of Fine Arts, Simpson was contacted by his old high school principal in Thunder Bay to return there to teach art. He retired as a respected teacher after 30 years, a far cry from being the young, overlooked animation artist in the 1960s. 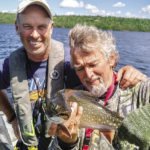 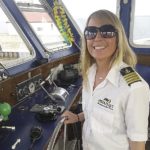