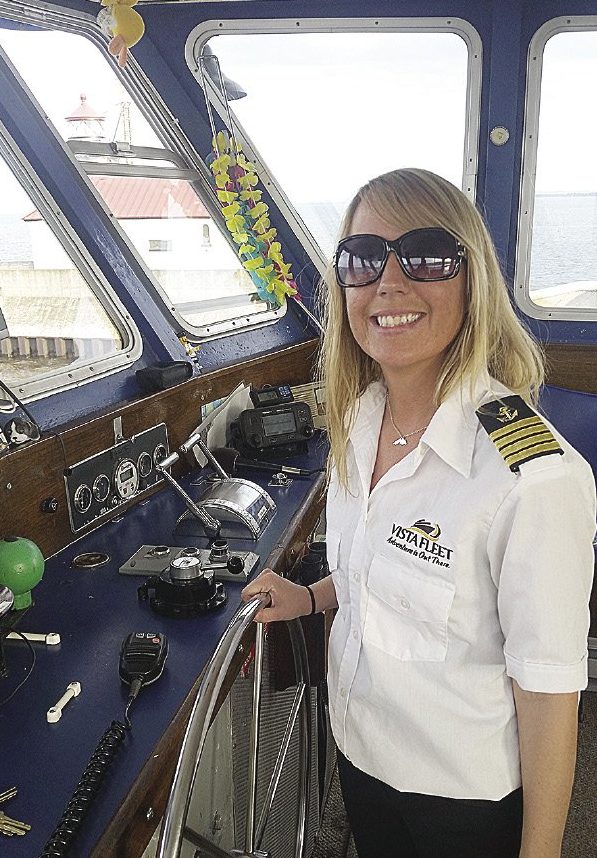 Amanda Swanson driving the Vista Star. She has had her captain’s license for 15 years and began with Vista as a deckhand back in 1999. | SUBMITTED

DULUTH—When you picture a boat captain, what comes to mind? Perhaps a weathered old man with a white beard and a leathery face hardened by the sea? That’s a fair guess. But that’s not what you’ll encounter at the Vista Fleet in Duluth. Captain Amanda Swanson doesn’t have a beard, and at just 5-foot 1-3/4 inches tall, she often gets overlooked as she stands at the stern of the Vista Star to greet passengers.

In fact, she’s often peppered with backhanded questions, like, “Who is our captain today?” or “Is this your first time driving the boat?” The diminutive captain has heard it all, but she shrugs it off. She has had her captain’s license for 15 years and began with Vista as a deckhand back in 1999.

Fresh out of high school in ‘99, Swanson was looking for a summer job and had connections at Vista, although prior to that, she wasn’t really into boats. But my, how things have changed!

“I quickly fell in love with the lake, the history of the Twin Ports, the people that I worked with and the ships,” Swanson said. “We’re all big boat nerds.”

Swanson worked for six seasons as a deckhand at the Vista Fleet, with no real ambition of advancing her maritime career. That all changed the day she docked the Vista Star.

“As a deckhand, we would get a lot of wheel time on the boats,” she recalled. “In 2004, I got an opportunity to dock the Vista Star under the guidance of the captain. Once the lines were secured, I knew what I wanted to do next.”

In 2005, she got her captain’s license and began piloting the 78-foot Vista King.

“Driving a large boat on Lake Superior is rewarding,” Swanson said. “Breaking down the gender stereotype and proving that women are just as capable of being boat captains as men is something I am incredibly proud to be a part of.”

Her small stature doesn’t help garner respect. In fact, she needed a stool while operating the Vista King.

“When I first started driving the Vista King, everything was going really well, but I was struggling with docking,” Swanson said. “I couldn’t see the dock very well out the windows of the pilothouse. We had this wooden stool that was used as a step for passengers at the Barker’s Island dock. One of the captains suggested that I use it and sure enough, that next docking was perfect! So, we named it ‘Amanda’s Little Helper’ and I used it every day on the Vista King. I no longer need the stool for the Vista Star, but I keep it in the pilothouse so the kids can see out the windows when they get behind the wheel.”

Over the years, Swanson has seen a lot of passengers and a lot of crazy days on Lake Superior. Fog, inclement weather and northeast winds roaring right through the Lift Bridge make her job extra challenging. But when asked about memorable experiences over the years, it was the crew that came to mind.

“I could tell you a hundred Vista stories, but at the end of the day, it’s the relationships I’ve developed with the crew members over the years that mean the most to me.

This year, Vista Fleet will be open for public cruises, but operating at a limited capacity, in addition to hosting a number of private cruises. Captain Amanda will be at the helm when needed this season, but her primary focus will be behind the scenes coordinating the safety training and drills for the crew.

So if you’re boarding a big boat and being welcomed by a little woman, don’t assume she’s a deckhand or a novice. Captain Amanda has it under control! 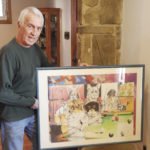 The artists and the moving pictures 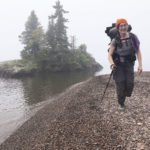 Become a member of the high-low hiking club