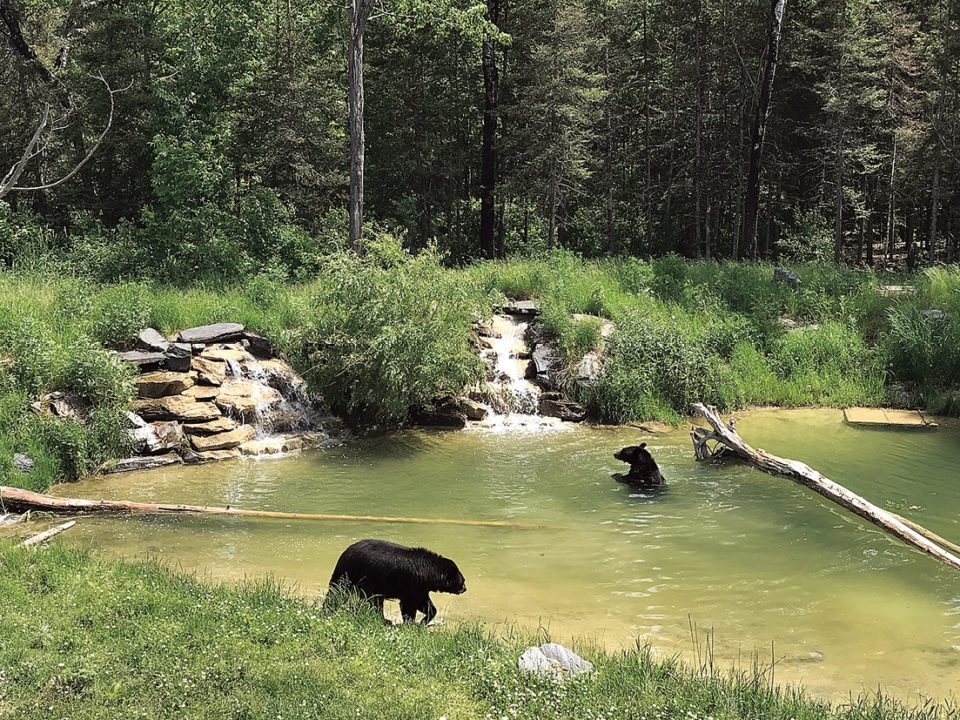 ELY—Currently residing in relatively undisturbed forested regions of North America, the black bear has attracted intense curiosity and interest throughout human history. With a typical male weighing between 125-500 pounds, an unexpected encounter with these animals is an intimidating thought to many who recreate in the wilderness. Their portrayal in the media has led to misunderstandings about the prevalence of attacks and their normal demeanor. Combating these myths through extensive education is one of the main goals of the hardworking staff at the North American Bear Center and Northwoods Ecology Hall in Ely.

With six full-time employees, five or six seasonal employees, and a dozen interns from around the world, the Bear Center is well-equipped to welcome the 30,000 guests that come through their doors during the six months they are open during the year. This staff also facilitates the educational museum’s multiple daily programs and live online broadcasts.

Between the revolving door of visitors and keeping the four ambassador bears happy and healthy, the North American Bear Center is always bustling with activity. The resident bears Ted, Lucky, Holly and Tasha spend their days recreating and relaxing on 2.5 acres of natural forest. Lucky attendees of their most popular program, the Behind the Scenes Tour, get an up close and personal look at the daily lives of the bears as they learn more about their habits and environment. One common misperception the guides like to dispel is related to their diet.

“A lot of people don’t realize how heavily they rely on vegetation,” explains Spencer Peter, a biologist at the Bear Center. “In the Ely area, about 90 percent of their diet is made up of vegetation. That leaves 10 percent for animal protein, the majority of which is actually insects. Black bears themselves don’t do a lot of hunting.”

Within their enclosure, the bears can forage for wild hazelnuts, berries, greens, and other foods that the caretakers disperse around the pond at the edge of the forest. Searching for these foods simulates bear activity in the wild.

“Our bears may be captive, but they’re still allowed to be as wild as a captive bear can be. That’s key to us. The big thing is exposing people to bears so they can understand that the bears out in the wild aren’t any different than the bears we have here,” says Senior Director of Operations Scott Edgett. “Maybe the guest is out on a Behind the Scenes talk and one of the bears may bluff charge or get into a scuffle with another bear that’s next to him. That’s all-natural stuff that they’re doing that they would do out in the wild.”

In its 15 years of operation, the Bear Center has undergone its share of changes. In 2011, they opened the Northwoods Ecology Hall, with the completion of the physical addition in 2015. Although their main focus is on educating the public about black bears, the Northwoods Ecology Hall is dedicated to understanding the holistic picture of the full environment in which the bears live.

“To fully understand any particular animal that lives up here, you also need to understand the other animals and wildlife and natural things it interacts with,” explains Peter. “We’ve kind of dedicated that building to the other really cool things about the northwoods that are nature related, such as other iconic species like the moose and the wolf.”

The Bear Center has the ability to turn even the most skeptical guests into believers after a short visit. The passion that the staff has for the bears and bear education shines through to ensure that everyone leaves with a memory that they will carry with them.

“The vast majority of the guests say, ‘Wow! We were totally not expecting that,’” notes Edgett. “They tell us it was a great time and value for the dollar.”

“We have a really fun and educational work culture. I love being here and working with the guests and the bears, every day,” says Peter.

Even visitors who have recently visited the Bear Center will notice changes and updates happening frequently. Starting this fall, the Bear Center will be working on redoing their enclosure to give guests better interaction with the bears. They are also hoping to get the facility ready to get a cub, which would undoubtedly be exciting for staff and visitors alike.

Bear and northwoods nature enthusiasts can get involved with the North American Bear Center through volunteering, donating to the 501(c)(3) organization, purchasing treats for the bears through the Amazon wish list, tuning in to the live cams and broadcasts on social media, and visiting the center. More information can be found on their website: bear.org. 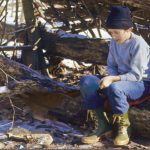 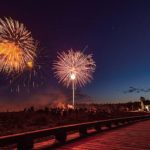