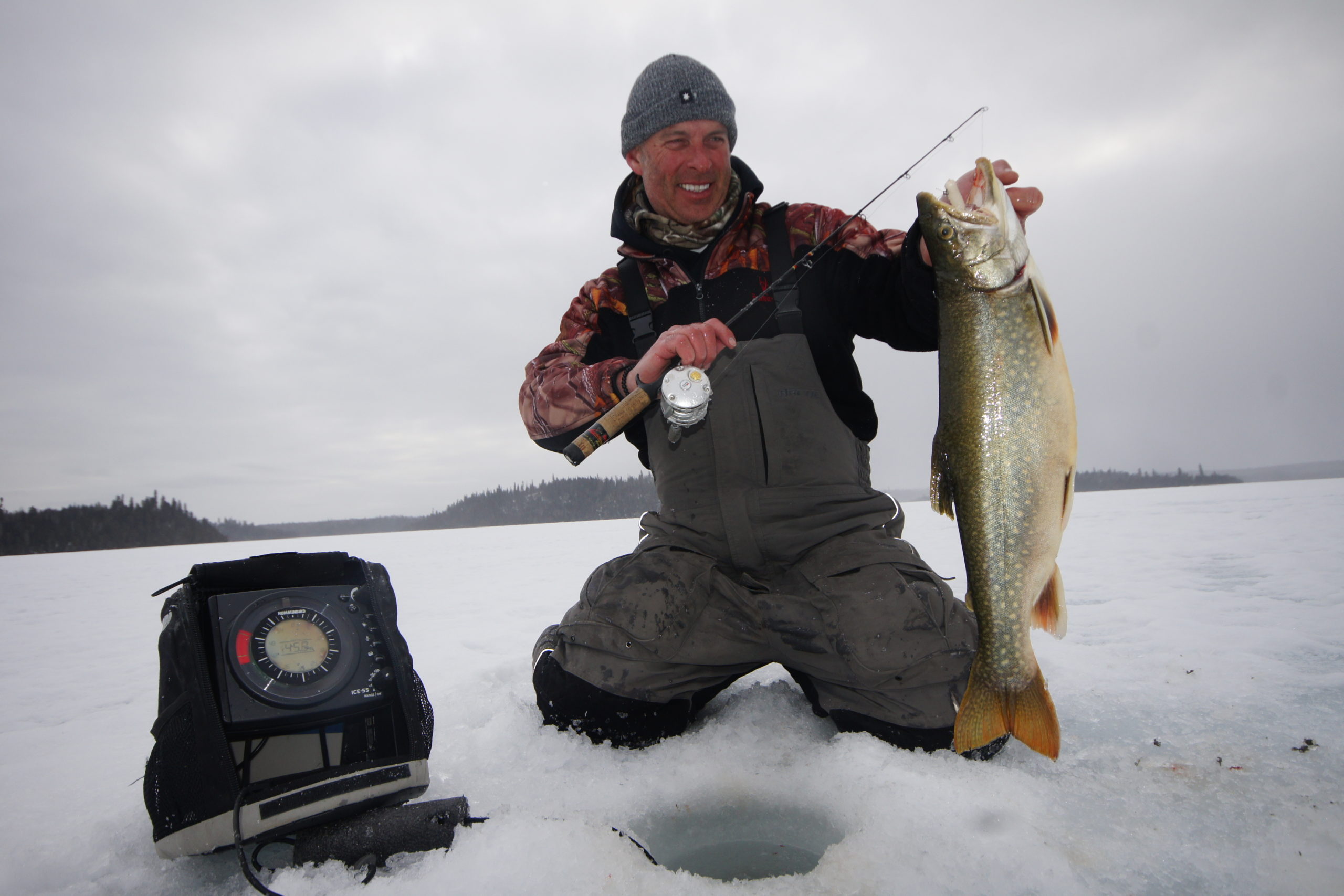 For many winter anglers in northern Ontario, the first taste of ice fishing likely took place on a lake, reservoir or creek that had been stocked with trout.

Traditionally, brook trout have made up the lion’s share of the stocking done in northern Ontario. Brook trout are a good candidate for stocking in many of the colder waters in northern Ontario and they are also often (but not always) willing biters. However, brook trout don’t fare quite as well in lakes with a lot of deep water, or in lakes that get a little warm in the summer months. That’s where other species of trout can make up the difference. In the past decade, Ontario has definitely become more adventurous with its choices of fish it stocks in lakes where no real native trout fishery exists. Here is a look at some of the trout species available to fish in the north and a few ways to catch them.

As mentioned, most stocked lakes in northern Ontario receive brook trout that have been raised in a hatchery. The majority of the fish stocked are yearlings that range from 2.5 to 4 inches. Yearlings have a better survival rate in lakes when stocked and can be of catchable size within a year. Some trout are also stocked as fingerlings, fry and adults. Adults—usually hatchery brook stock—tend to be very willing biters, but are not very attractive due to worn fins. Stocked brook trout can achieve a good size, up to 4 pounds or more, especially in lakes with spring fed water, plenty of food, and light angling pressure. However, the average stocked brook trout caught by an angler is 12 to 15 inches long.

Brook trout like the shorelines of lakes and will gravitate to points, beaver houses and narrows. Most ice anglers use a worm or minnow (where allowed) on a jig, or a #4 single hook with a sinker. This simple “still line” bait setup can be very effective. Anglers can use a small jigging rod or a cut stick (often called a “gad”) with just a spool of line to fish bait. When the trout bites, you jerk the line and bring up the fish. Jigging a small spoon, such as a Little Cleo or Swedish Pimple, is an excellent way to attract and catch brookies. The jigging Rapala is another effective lure and is extra deadly with a minnow head or piece of worm on the centre treble. Brook trout are typically caught in water less than 10 feet deep.

The splake is a fish that’s created in a hatchery and is produced by crossing a male brook trout and a female lake trout. In most northern Ontario lakes, the splake stocked are called an F1 backcross, which means a male splake spawned with a female brook trout. This creates a trout that is effectively 75 percent lake trout and 25 percent brook trout. Splake rarely spawn successfully in the wild.

Splake do well in deeper lakes that are not as brook trout friendly. They also have been stocked into brook trout lakes where perch or bass have invaded. Splake can feed on small, spiny fish more effectively than brook trout and begin eating other fish at a younger age. These hybrids can grow to quite a large size in lakes of even medium size. In larger lakes, where food is plentiful, splake topping 10 pounds are not unheard of. Some of the largest splake in Ontario are caught in stocked lakes in the Geraldton, Longlac, Nakina area.

While rainbow trout (a western species) have been naturalized in Lake Superior for a century, there have been very few other places to catch them. That’s changed in recent years as the Ministry of Natural Resources and Forestry has begun to stock them in select lakes across the north.

Brown trout, a fish that is of European heritage, has also been in Lake Superior and Lake Nipigon for decades. However, browns have never been numerous in the Canadian waters of Lake Superior and are ultra-rare on Lake Nipigon. Historically, there have been very few opportunities to catch brown trout in northern Ontario. Yet in recent years, a few select lakes have been stocked with browns and hopefully more will follow. The possibilities of someday having browns and rainbows over 10 pounds in these lakes is very real and exciting.

Both rainbow and brown can live a long time in lakes and can grow to large sizes. There are also few fish that fight harder than a big rainbow or brown trout, especially under the ice. Needless to say, this makes for a unique and exciting angling opportunity. Rainbows and browns are aggressive fish, but can be tricky to catch. Jigging a spoon like a Hopkins, Smoothie, Al’s Goldfish, EBG or Krocodile can trigger hard strikes. Spoons with a touch of red or chartreuse get the nod. Rainbow and brown trout also like plastic lures, so 3- or 4-inch white, brown or black tube jigs get the nod, as do power minnows. Also, never underestimate the fish catching appeal of the bucktail jig. My friend Joe Kostecki has been making the Mighty Mitch and Jungle Joe Jigfly for more than 20 years and they remain a go-to. The multi-coloured jigs are eye catching and have an undulating action that can fool even the wiliest old trout. Rainbows and brown trout can frequent deeper water, but will also hold near the ice at times. Don’t just fish your lures on bottom.

Anyone who wants to learn more about the stocked lake fishing opportunities in the northwest should check out Fishonline. This government site allows an angler to scan a map of Ontario and zoom in on areas they want to fish. By clicking on a lake, you can see fish species, stocking numbers and other information such as GPS coordinates. There is also a search option that allows you to pick a species and look for stocked lakes. This is a dream tool for the angler seeking out new adventure or destinations. The best way to access the tool is go to Google search “Ontario fish online.” Click the disclaimer and you are in business. 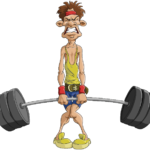 Pump It Up! Strength Training is for Everyone