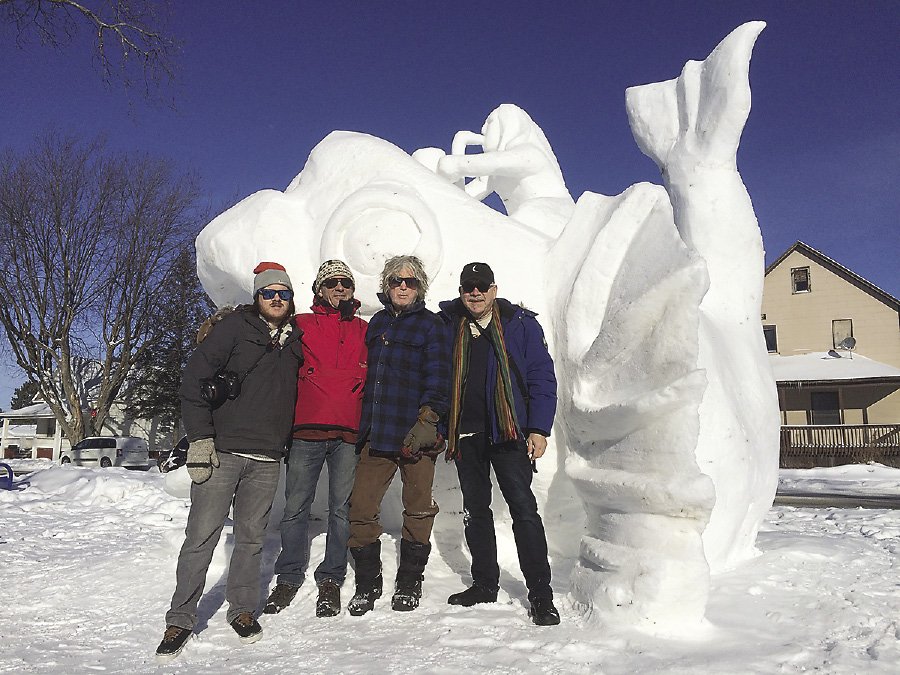 Snow sculpting teams submit a design and work together to sculpt their blocks of snow. | CHAD KIRVAN

Every winter in Thunder Bay, the waterfront area becomes dotted with large blocks of snow. Over the course of a few days, artists work to turn these cubes into intricate and detailed sculptures. Snow sculpting is an impressive art form that shows how even the most simple and commonplace materials can be used to create stunning works of art.

Snow sculpting events occur throughout the Northern Wilds, with festivals in Two Harbors and Ely, as well as Thunder Bay. Michael O’Connor is a snow sculptor from Thunder Bay who got started after a trip to Grand Marais.

“The Art Colony used to have a snow sculpting festival with about five different locations in Cook County,” said O’Connor. “That’s where I got started. That went on for three or four years, and was a lot
of fun.”

O’Connor, a professional artist, found snow sculpting to be an interesting new medium to try. “It was the first time I’d worked on something that big,” he said. “Now there’s a core group of us who have been carving for about 10 years.”

Chad Kirvan is another snow carver from Thunder Bay. Like O’Connor, he is also a professional sculptor. After studying sculpture in Toronto he moved to Thunder Bay, and it was there that he decided to try snow sculpting.

“I started snow sculpting about three years ago,” Kirvan said. “Some friends and I decided to try it. There’s definitely a learning curve, but our first try wasn’t terrible.” Since starting, Kirvan has sculpted every year in Thunder Bay and has also participated in the Ely festival.

To begin a snow sculpture, each carver starts out with a large block of snow, typically 8’ by 8’ but sometimes larger. A team of a few carvers will work together on a block over the course of a few days until it’s transformed into their design.

Both O’Connor and Kirvan emphasized that the quality of the snow greatly affects the outcome of the carvings. “The snow is usually taken from fields or lakes and then molded into the blocks. But where it’s taken from affects the quality,” Kirvan said. “You don’t want snow with rocks and dirt in it.”

Likewise, the weather can play a huge role in the outcome of snow carving events. Extremely frigid temperatures make it difficult to carve, as does melting snow. “Snow sculpting is very weather-specific, and you have to plan with that in mind,” said Kirvan. “A few years ago in Thunder Bay it was too warm and our sculptures turned slushy, which was very frustrating.”

O’Connor recalls strategizing during a warm year by carving overnight. The judging was to occur in the morning, so while other sculptors had added detail during the day and had it melt, he waited until night when the temperatures dipped below freezing to add the detail to his sculpture. His working through the night paid off: the detail was there for the morning judging, and his team ended up winning.

A typical snow sculpting festival will have a theme around which the artists can structure their design.

“We like to challenge ourselves with our designs,” said O’Connor. “The first complex snow sculpture we made was the Party Bears: a Volkswagen Beetle with traveling bears. We’ve done hockey players. Last year we had to do something entertainment related, and our sculpture was of Mick Jagger. I work with Vic Germaniuk, and at the time we were working on the restoration project for the carousel in Chippewa Park. I realized that Mick Jagger’s hair is a lot like a carousel horse mane! All of our work on the horses helped us get our Jagger sculpture right. It ended up being one of my favorites.”

Another unique aspect of snow sculpting is the tools involved in the process. “A lot of people make their own tools just for snow sculpting, and it’s cool to see what people come up with,” said Kirvan.

O’Connor is one who has made some of his own tools for snow sculpting, all of which have a hand-hewn wooden base. One is fixed with a roof truss nail plate, and another with old plexiglass sheet. “I do most of the roughing with a square steel spade and machete and hack away. Sometimes I use saws. The handmade tools can be used to create texture.” Apart from handmade tools, typical tools seen during snow sculpting festivals include shovels, hand saws, wooden spoons, and machetes.

Between the tools and medium used, snow carving makes an interesting form of art. “It’s neat in that it’s temporary art,” said Kirvan. “You can make something big and monumental, and you can also think of something new every year.”

For O’Connor, his snow sculpting even helped him land a job carving dinosaurs out of Styrofoam. “It was great to have the experience with large sculptures that I had from snow carving. The process is quite similar, and I actually used a lot of the same tools that I do for snow carving.”

While the process of snow carving is an exciting challenge, both Kirvan and O’Connor said they both really enjoy the carving community and meeting people at festivals.

“There’s a really cool community aspect to carving,” said Kirvan. “The spectators are neat and interested in what you’re doing. People are getting to see it develop, and they come back every day and notice the progress. It makes it unique compared to other art forms.”

“There’s definitely a community aspect where you see the same carvers every year, but there are also a lot of new faces, too,” said O’Connor.

This month, there will be three different snow carving events in the Northland. Ely’s Snow Sculpting Symposium runs February 7-10 as part of Ely’s Winter Festival. Snow sculptors have the option of carving 8’ blocks or 12’ blocks as part of this event. The event will take place in Whiteside Park and are lit at night by ice candles.

The same weekend, February 7-9, Two Harbors will be having a Snowman Building Contest as part of their Winter Frolic festival. The event is open to all ages and will take place at the Moose Lodge. The judging will take place on February 9
at noon.

Finally, Thunder Bay will host their annual snow sculpting competition as part of Family Day on Monday, Feb. 18. The theme for this year’s competition is transportation, and the event will take place at the waterfront.

Visitors are free to stop by any of these events to observe the fun and see just how impressive snow can be. 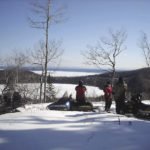 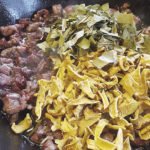 Learning to Use Locally Grown and Wild Food